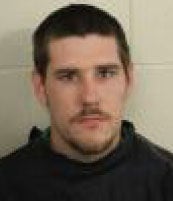 Matthew Christian Gray, 28, of 31 Shady Lane, Tallapoosa, was arrested at the mall in Rome on Friday night after he traveled to town to engage in sexual acts with what he thought was going to be a 16-year-old, according to jail reports.

Gray allegedly sent 13 pictures and a video of himself over the computer to the would-be victim and asked for photographs in return. He also allegedly described the type of sexual acts he wanted to engage in when they met up.

Gray was taken into custody at the mall around 4:15 Friday afternoon.

Pointer is alleged to have asked for nude photographs to be sent to him.

Both Gray and Pointer are also charged with felonies for electronic enticement of a child, obscene internet contact with a child and sexual exploitation of a child.

Gray is also charged with furnishing obscene material to a child.

Toraya re-opening plans a work in progress due to pandemic

Who will the Thunder select in 2021 NBA Draft? Here's how top scorers fit in OKC

Nominate your favorite local businesses for The State's Best 2021