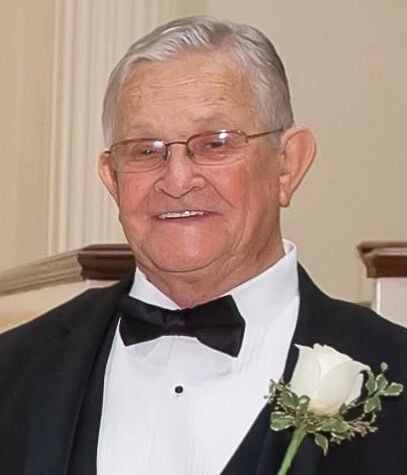 On Thursday, November 5, 2020, Henry Donald Walls passed away. Mr. Walls was born in Cherokee County Alabama on April 28, 1928. He was the son of the late Henry Herman Walls and Jeanie Robertson Walls. Although young during very hard times, he often told of fun excursions with siblings, cousins and friends exploring his beautiful Alabama countryside's swimming holes, waterfalls, and many acres of mountains and farmlands. His parents were both deceased by the time he was 18 but with the love and guidance of his favorite Aunt and Uncle in combination with his sheer determination, he set out to make something of himself. He moved to Rome, Georgia where he met the love of his life, Orene Wyatt Walls, and they married in 1949. In the early years of their marriage, he served in the U.S.Army during the Korean War. He worked for local employers such as Battey Machinery and Wicker Electric. He went to school at night and graduated first in his class in the first class of the Coosa Valley Technical School's Heating and Air Conditioning program. In 1968, he joined the Trane Company in Atlanta Georgia as a service technician. One of his proudest accomplishments was installing and starting the systems on top of Rome's Redmond Hospital. He received numerous awards and letters of commendation. He was a master problem solver and no task was ever too big or too challenging. Mr. Walls and his wife resided on the Wayside Road for 63 years. He enjoyed raising his family there and loved to have friends and family over to cook out and make homemade ice cream. With the addition of a swimming pool in the 1970's, "The Wayside" became the frequent gathering place for many of his children's teenage and college aged friends. It delighted him that on several occasions, a bus load of First Baptist Church Youth arrived to swim and eat what would be 9 freezers of ice cream! He spent countless hours in his garage full of tools, car parts, machines, and whatever was the project of the moment. He had an open door policy so friends and neighbors were always stopping by to visit, help with a project, or for consultation. He ensured his children and grandchildren learned many important life skills about problem solving, gardening, lawn mowing, and cars. His passion for beautiful automobiles, old and new, resides with them to this very day. He enjoyed restoring antique grafonolas, antique cars, or just working on one of the family cars. For many years, he traveled with his best friend Rich to antique car shows and won many awards. He was very proud of his grandsons. At two years of age, one learned to dial the phone and say, "Come get me Papa" and off he would go to get him for the weekend. Listening to his grandson Will play music thrilled him immensely and he told everyone he met how talented he was and how he could play so many instruments. His greatgrandson Austin made him smile more than anything else in his final days. Mr Walls was a member of the First Baptist Church, Rome Georgia. He belonged to the Shannon Lodge #100 F&AM for over 65 years and previously served as Worshipful Master. He was preceded in death by his wife, Orene Wyatt Walls, his brothers Elwin Walls, Ralph Walls, Wayne Walls, Sell Moseley, Jr. and a sister Mary Walls Christie. He is survived by his sister, Jean Boggs, his son, Donald Benjamin Walls of Rome, his daughter Lynne Walls Galioto (Tony) of Newnan, and grandsons Benjamin K Walls (Emily), William Wyatt Hauptle, and Austin L Walls, and many, many beloved nieces, nephews, step grandchildren, and step great grandchildren. The family is forever grateful to: Dr and Mrs Floyd Roebuck Dr George Hotz, Jenny, & Rome Internal Medicine Brookdale Senior Living & Tapestry Hospice, Rome GA Wesley Woods Senior Living & Homestead Hospice, Newnan GA A private burial was held at Fain Cemetery in Calhoun, Georgia on November 8, 2020.

To plant a tree in memory of Henry Walls as a living tribute, please visit Tribute Store.
+1
Plant a tree