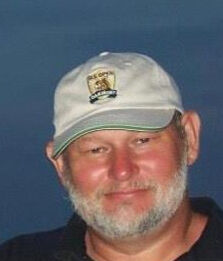 John R. Tant, age 63, of Silver creek passed away at his residence Wednesday September 22, 2021 following a long battle with cancer. He was surrounded by family in the days before his passing. John was born on August 10, 1958 in Bellershavsen Rothenberg, Germany to Frannziska "Connie" Brehm and the late Roy Floyd Tant. They moved to Cave Spring, GA. shortly after in October 1958. He resided in Cave Spring until his early teens and then moved to Rome. He attended East Rome High School. He married to Wanda Melinda Fincher on May 5, 1978. They had their first son Eric Tant on December 21, 1978 and their second son Mark Tant on December 19, 1980, and twin daughters Amy and Brittany on July 22, 1985. He was a very loving and devoted father, grandfather, and husband. He was a very dedicated hard worker. John worked for Lindale Mill for 28 years. He started at the age of 16 and worked until the mill closed their doors. He developed many long lasting friendships while there. He then went to work maintenance at Barnsley Gardens from 2003-2013. In 2013 he started working at Carver and Carver Plumbing. His time at Carver and Carver were his favorite. He worked at Carver and Carver until he was not able to work due to the cancer. John Henry's Grill on Broad Street, which John's son Eric owns, was named after John, and Wanda's dad Henry, which John was very proud of. He was preceded in death by his father Roy Floyd Tant. Survivors include his wife wife of 43 years: Wanda Fincher Tant; sons: Eric (Jessica) Tant, Mark (Molly) Tant; daughters: Amy Tant (Brandon) Fuqua, and Brittany (Jay Lumpkin) Tant; honorary son: Jose (Elba) Cisneros; grandchildren: Mason Tant, Moss Tant, Taylen Tant, Sophia Tant, Rachel Fuqua; mother: Franziska "Connie" Tant; siblings: Charles Tant, Mary Smith, Patricia Tant; several nieces and nephews also survive. Funeral services will be held at 12 noon on Monday Septmeber 27, 2021 at Good Shepherd Funeral Home with Rev. Johnny Wayne Hann officiating. Interment will follow in Floyd Memory Gardens. The family will receive friends from 6:00 PM until 8:00 PM on Sunday September 26, 2021 at Good Shepherd Funeral Home, 2750 Shorter Ave. Rome GA. 30165 Pallbearers include the following gentlemen: Joey Brock, Steve Baker, Frank Purdy, Tony Carver, Tommy Fuller, Israel Dowdy. The family would like to thank Heyman Hospice for their amazing care and support during his last few weeks. The family would also like to thank Cancer Navigators for all of their support as well. At other times, the family will be at their residence 5252 Rockmart Rd. Silver Creek GA. 30173. Parnick Jennings Sr.'s Good Shepherd Funeral Home has charge of the arrangements.

To plant a tree in memory of John Tant as a living tribute, please visit Tribute Store.
+1
Plant a tree