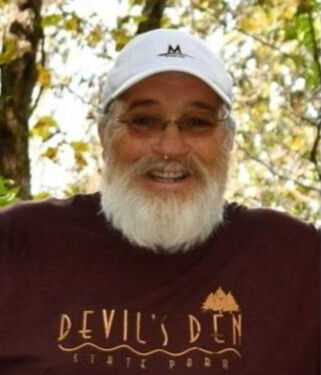 Mr. Donald David Smith, age 63, of Cave Spring, GA, passed away on Tuesday, May 18, 2021 at a local hospital. Don was born in Quakertown, PA on March 27, 1958, the son of the late Ralph Smith and the late Marion McCarthy Smith. He worked and retired from Oglethorpe Power Corporation. In addition to his parents, he was preceded in death by his brother, Fred Smith. Don is survived by his wife of 36 years, Victoria Endy Smith; his children, Emily Jeanne Walker (Joshua) and Rael Michael Smith; his grandchildren, Michael Walker, Mark Walker and Marilyn Walker; his sister, Jeanne Bradley (Jamie); his brothers, Jerry Smith (Caroline) and Tom Smith (Melodee); his sister-in-law, Judie Smith; several nieces and nephews. A memorial service will be held on Wednesday, May 26, 2021 at 3:00pm in the Chapel at Henderson & Sons Funeral Home, Oaknoll Chapel, with several family members sharing their memories. The family will be present from 2:00pm until 4:00pm at the funeral home. Henderson & Sons Funeral Home, Oaknoll Chapel, has charge of the arrangements.

To plant a tree in memory of Donald Smith as a living tribute, please visit Tribute Store.
+1
Plant a tree