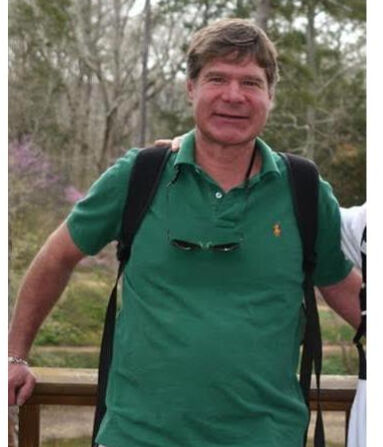 Mr. David Bryan Sisk, 53, of Rome, GA died on June 30 after a lengthy illness. He was a long resident of Savannah, GA before moving to Rome, GA in 2016. He was a member of the Lutheran Church of the Ascension in Savannah, GA. He attended Trinity United Methodist Church while a resident of Rome, GA. David was preceded in death by his father in law, Gary Jacobs in 2007. He is survived by his wife Mary Sisk: children Joseph and Georgia Sisk; parents Robert A. & Anna Sisk; sisters Laura (Fred) Luquire and Lydia (Russ) Williams; brother Robert (Trisha) Sisk; brother in law Edward Jacobs (Stacey); mother in law Bonnie Judice Jacobs; aunt Becky Judice, and several nieces, nephews, and cousins. David attended Mercer University and was a member of the Lambda Chi Fraternity and earned a bachelor's degree from Armstrong State University. David was diagnosed with pulmonary hypertension in 2007. The family wishes to thank Dr. Charles Burger and his staff at The Mayo Clinic in Jacksonville, FL for their expert care during his illness. David did not know a stranger. He would brighten a room just by walking in and smiling. His whole life revolved around his children and his wife. Everyday was an adventure with David and you could expect a million laughs. Visitation will be from 5:30pm-7:30pm Wednesday, July 7, 2021 at Daniels Funeral Home, Rome, GA. A memorial service is scheduled for 10:00 AM Thursday, July 8, 2021 at Trinity United Methodist Church, Rome, GA. A graveside service will follow at Oaknoll Memorial Gardens, Rome, GA. In lieu of flowers the family requests those who wish to express sympathy to consider making a donation to the Bereavement Fund of David Sisk's children.