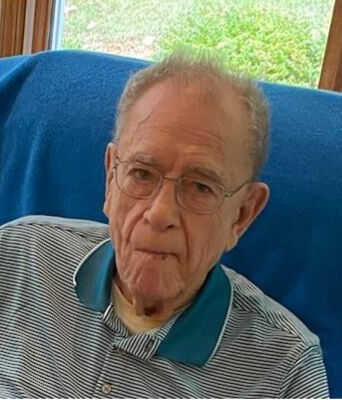 Mr. Jefferson Lee Rosson, Sr., age 93, of Rome, GA, passed away on Tuesday, January 5, 2021, at a local hospital. Mr. Rosson was born in Rome, GA on May 16, 1927, son of the late Thomas Jefferson Rosson and the late Annie Lee Burk Rosson. He was a graduate of Rome Boys High School and attended the University of Georgia. He served his country proudly in the U. S. Army during WWII. He was a retired employee of Bell South/AT&T after several years of service as an outside Plant Engineer. After his retirement, he was employed as a Sheriff's Deputy with the Floyd County Sheriff's Department and later with the Gordon County Sheriff's Department. He was a Mason, a member of the Rome Shrine Club, the Yaarab Shrine Temple and a lifetime member of the V. F. W. Post #4911. Mr. Rosson was a member of Grace Fellowship Church. In addition to his parents, he was also preceded in death by his wife, Evelyn Faye Young Rosson, and by a daughter, Ann Laura Roberson. Survivors include 2 sons, Jeff Rosson, Jr. (Wanda), Lindale, and Mark Rosson (Judy), Rome; a daughter, Mary Lindsey (Cary), Lindale; his grandchildren, Amanda Stover, Melissa McJunkin, Ricky Mills, Steve Roberson, Jr., Jill Jones and 12 great grandchildren. A graveside service will be held on Friday, January 8, 2021, at 11am in Oaknoll Memorial Gardens. The Rev. Dewey Atchley will officiate with the American Legion Post # 5 Honor Guard presenting military honors. Henderson & Sons Funeral Home, South Chapel, has charge of the funeral arrangements.

To plant a tree in memory of Rosson Sr. Jefferson as a living tribute, please visit Tribute Store.
+2
Plant a tree
+2