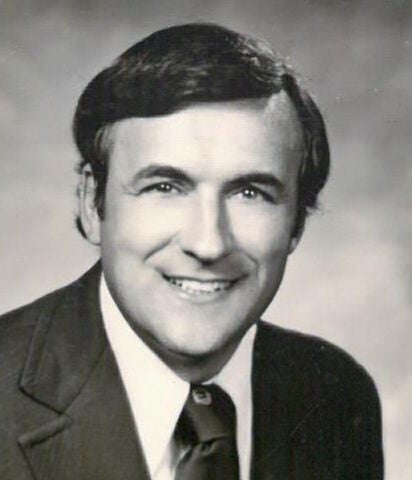 Earl Hampton Pitts, Ph.D., (Papasan, "Hunkle Hamp") passed peacefully into the arms of Jesus the morning of July 14, 2021, after a battle with cancer. He was born in Southmont, NC, on September 1, 1936, to Winnie Lookabill Pitts and Captain Romaine William Pitts. He is survived by his wife of 51 years, Lawana Pitts, and daughter Katherine Pitts. As a military brat he lived all over the world including Korea and Japan, and he then spent his teen years in Ft. Walton Beach, FL, where he made many lifetime friends. He proudly served in the United States Marine Corps, and his love of country permeated every part of his life. While working at Lockheed Martin in Marietta, he met the love of his life and best friend, Evelyn Lawana Carver. They were married on March 21, 1970. With a love of learning, he completed a B.S. at Oglethorpe U., an M.A. from West Georgia U., an M.B.A from Pfeiffer U., and a Ph.D. from the U. of Mississippi. Hamp and his family moved to West Palm Beach, FL, and he worked at Palm Beach Atlantic College as Dean of Students and Assistant Professor of History. After several years in paradise, he and his family moved to North Carolina (God's country) and began working at Wingate U. where his love for teaching and mentoring students was evident not only in the classroom but also in everyday life. Hamp retired from Wingate U. as Dean of the business school and then continued teaching at Covenant College and Georgia Highlands College. He instilled a love for learning in his daughter at a young age which continues to this very day, and he found joy in sharing books and articles with those he loved. His sharp wit and keen intellect allowed him to spar with the brightest of minds, and his compassion and empathy enabled him to relate to the suffering as well. His heart for the downtrodden and underdog undergirded everything he did and especially his work with Habitat for Humanity. He made an indelible impression on everyone he met because of his compassion and love for people, and his faith in Jesus Christ was central to all that he did. His heroes were Mother Teresa, Corrie ten Boom, Billy Graham, Sir Winston Churchill, and Jimmy Stewart. Hamp was a man of prayer and spent much time interceding for those with needs. He courageously endured much suffering in the last month of his life and often prayed for his compassionate medical helpers at Redmond Regional Medical Center. Hampton's favorite Bible verses were Isaiah 40-29-31. "He gives strength to the weary and increases the power of the weak. Even youths grow tired and weary, and young men stumble and fall, but those who hope in the Lord will renew their strength. They will soar on wings like eagles; they will run and not grow weary, and they will walk and not faint." "When a great man dies, for years the light he leaves behind him, lies on the path of men."-Henry Wadsworth Longfellow Funeral arrangements are being handled by Salmon Funeral Home with Chaplain (Major General, US Army, ret.) Douglas Carver and Reverend Mikel Garrett officiating. Pallbearers are Charles Maxwell, Morgan Maxwell, Grant Maxwell, Parker Hamp Maxwell, Jerry Bland, Marvin Williams, and Daniel Fincher. Visitation will be on Saturday, July 17, 2021, from 12 to 2 p.m. followed by the service at 2:00 p.m. with interment at a later date at the GA National Cemetery in Canton, GA. Flowers may be given or, in lieu of flowers, donations may be made to St. Jude Children's Hospital, 262 Danny Thomas Place, Memphis, TN 38105, or to Dykes Creek Baptist Church, 46 Dykes Creek Church Road, Rome, GA 30161.