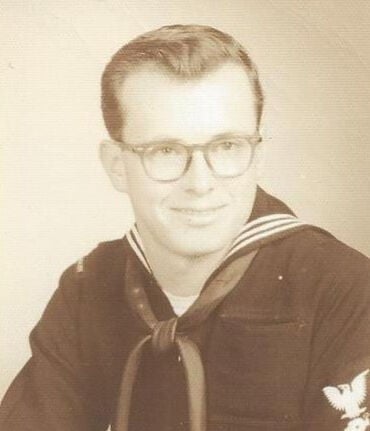 Mr. Jerry Everett Peed, age 77, of Rome, GA, passed away Monday, February 22, 2021, at his residence surrounded by his family. Jerry was born in Fort Bragg, NC on October 16, 1943, the son of the late Junius Everett Peed and the late Mildred Whiteside Peed. Jerry graduated from East Rome High School. He served his country in the United States Navy for four years and he always referred to those four years as "the best years of my life". He attended Mt. Alto Baptist Church. In addition to his parents, he was preceded in death by his sister, Junada Boulineau. He is survived by his wife of 50 years, Beverly Vick Peed; his son, Chad Everett Peed; his grandchildren, Zoe, Emma, Ian and Evan Peed; his brother-in-law and sisters-in-law, Gene and Mary Ann Vick and Debbie Miller; his nieces and nephews, Joseph Vick, Amanda Stone, Kimberly Westbrooks, Mike Boulineau, Debbie Fischer and David Boulineau. Graveside service will be held on Thursday, February 25, 2021 at 11:00am at Oaknoll Memorial Gardens with Dr. Phil Patterson officiating. Henderson & Sons Funeral Home, Oaknoll Chapel, has charge of the arrangements.