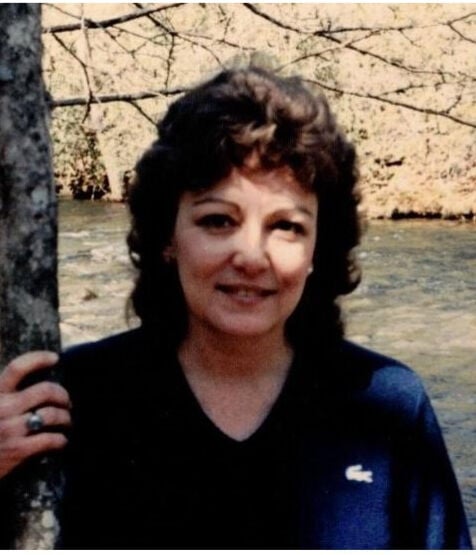 Mrs. Annette Joaquin Nelson passed away early on Sunday, July 4, 2021, after a short illness at Floyd Medical Center. Annette was born on September 21, 1943, in Jacksonville, Florida, the daughter of the late Kenneth O. and Naomi T. Murrell. She grew up in Orlando Florida. At the age of three, she was diagnosed with polio. She lived with a physical handicap from then moving forward, but it never stopped her from pursuing her goals. She flourished and lived life to its fullest in spite of it. She graduated from Florida State University where she was a member of the Alpha Chi Omega Fraternity and lettered in water skiing. Annette also received her Master of Education Degree from Florida Atlantic University with a double major in Psychology and Criminology. She moved to Rome in 1981 and began working at Northwest Georgia Regional Hospital. It was there that she met her husband, David Michael (Mike) Nelson. They were married on March 15, 1986, at Frost Chapel at Berry College. She continued her work there as a Unit Director until she retired in 1999. Together they raised their two sons, Andrew Scott Nelson and Christopher Michael Nelson. She is a member of Rome Baptist Temple. She was also preceded in death by a brother, Eugene Douglas Hill, by two sisters Barby Lewis and Carolyn Szymanski, by her father-in-law Roy Lee Nelson, Jr., and by her mother-in-law, Kaye B. Nelson. She is survived by her husband, Mike Nelson; her two sons, a daughter-in law and eight grandchildren. Annette and Mike's sons are Andrew Scott Nelson and Christopher Michael Nelson (Kimberly Dawn Nelson.) Grandchildren include Hanah Tayler Greenberg, Kotah Dalton Keith, Samantha Elizabeth Nelson, Kameron Dayton Morgan, Anna Kaye Nelson, Christopher Michael Nelson, Jr., Chandler Scott Nelson, and Tristen Isaac Nelson. She is also survived by a sister-in law, Leigh Ann Goodson (John) of McDonough GA, by two brothers-in-law, Dr. J. Grant Lewis of Rome, and Tom Szymanski of Land O' Lakes, Florida. She also has a host of nieces and nephews as well as great nieces and nephews. Funeral services will be held on Friday, July 9, 2021, at 11am in the Chapel at Henderson & Sons Funeral Home, South Chapel. The Rev. Jimmy Tanner will officiate. The family will receive friends on Thursday, July 8, 2021, at Henderson & Sons Funeral Home, South Chapel, from 5 until 7pm. In lieu of flowers, the family respectfully ask that donations be made in her name to Rome Baptist Temple. Henderson & Sons Funeral Home, South Chapel, has charge of the funeral arrangements.