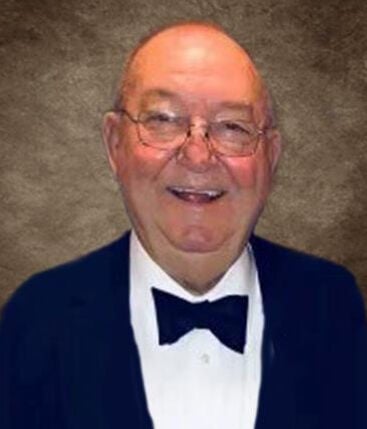 Roy McArthur Locklear, Jr. passed away on September 8, 2021, at the age of 85. Roy McArthur Locklear, Jr, better known as Mack Locklear, was known by many names, Pastor Mack, Big Pop by his grandsons, Daddy by his children, Dudley by his Uncle Ralph, and Marilyn called him the love of her life. Mack was born in the McCall Hospital in Rome, GA, on April 29, 1936, to Roy McArthur Locklear, Sr. and Imo Howell Locklear of Rome, Georgia. He was married to Marilyn Lovett Locklear for 64 years. Preceding him in death were his parents, Roy McArthur Locklear, Sr., and Imo Howell Locklear. He is survived by his wife, Marilyn Lovett Locklear, whom he married August 11, 1957; children, Roy McArthur Locklear, III, known as Art, adopted daughter in law, Olivia Saye, Merrimac Locklear Forsyth and her husband, Marty Forsyth; grandchildren, Daniel Reese Forsyth and Hunter Locklear Forsyth all of Rome; sister, Patty Mathis of Rome; brother, Mitchell Locklear of Atlanta, GA. He has one living aunt, Mary McJunkin, that is 100 years old and many cousins. Mack is a descendant of his grandmother, Mattie Hatfield Locklear of the Hatfield and McCoy feud. He grew up in Rome. Mack attended school at Fourth Ward, Central Primary and Neely Grammar Schools, Rome Junior High School and Rome High School. During these years he made many lifetime friends. He enjoyed sports, especially football. In the 10th grade he was All State in football and received a scholarship to play for the University of Alabama and Jack State in Alabama. Mack joined the U.S. Air Force beginning in boot camp in San Antonio, TX, and then later at Keesler Air Force Base Technical School in Biloxi, MS. From there he went to Camp Wolter Army Base in Mineral Wells, TX, in the Aviation Engineering Base and then off to Fuji, Japan. After returning home he married Marilyn Lovett, moved to New York City and then Brooklyn, NY. Upon returning to Atlanta, he worked at Foote & Davies as a first pressman on a web press. There he met another group of lifelong friends. In 1963, Mack gave his life to the Lord. He attended Columbia Presbyterian Seminar and Immanuel Bible College in Atlanta. He studied Greek at Tennessee Temple in Chattanooga, TN, and is a graduate of the International Bible Institute and Seminary receiving his Bachelor of Bible Theology. In Atlanta, the Locklear Family were active members of Forrest Hills Baptist Church in Decatur under the leadership of the late, Dr. Curtis Hutson. While they were there, the church had the fastest growing Sunday School in America for eight years. They stayed nine years during which time Dr. Hutson ordained Mack into the ministry. In1976, Mack came to Rome to pastor the Rome Baptist Tabernacle for sixteen years. In 1996, Mack and Marilyn went to Jamaica as missionaries. They were 58 and 60 years old and believed you were never too old to serve the Lord. Their first work was at Bounty Hall, Jamaica where they stayed for four years. In the year 2000, they went to Martha Brae, Jamaica and built the Riverside Baptist Church on the famous Martha Brae Rafting River. In 2004, they built the Hobgood Short Term Mission Building in which they lived. In 2006, they built bath houses on the property and in 2010 they built Noah's Ark Children's Home. Mack and Marilyn's life together has been blessed by God as they lived by faith and gave Him all the glory for what He had done through them and for them. They took as their motto, "We live simply so others might simply live." Funeral services for Mack will be Saturday, September 11, 2021, at 2:00 p.m. in Rome Baptist Temple. Pastor Chris Hanks will be officiating. Missionary Keith Shumaker of Burkina Faso, Africa will do the eulogy and Pastor Pat Lawrence of Berea Baptist Church of Athens, Alabama will be preaching. Interment will be at the East View Cemetery. Mack will lay in-state at the church on Saturday from 12:00 noon until the service hour where the family will receive friends. Pallbearers will include Denver Medley of Plainville, GA, Roland Arnold of Rome, David Fenley of Atlanta, Victor Amos of Etowah, TN, Donnie Pollard of Rome, Jeff Wentz of Dunkirk, NY, Darrell Timpson of Murfreesboro, TN, Ronnie Vice of Tifton, GA. Flowers will be accepted, or memorial contributions may be made in Mack's honor to The Hour of Grace Missions, Inc., P.O. Box 1445, Rome, GA, 30162. The staff of Salmon Funeral Home is honored to serve the family of Roy McArthur Locklear, Jr.

To plant a tree in memory of Locklear Jr. Roy McArthur as a living tribute, please visit Tribute Store.
+2
Plant a tree
+2