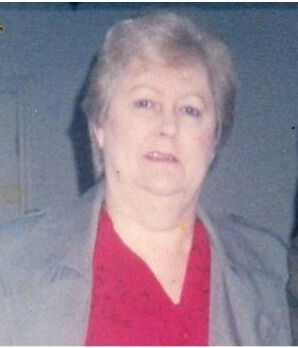 Mrs. Sarah Gladys Lewis, age 77, of Rome, GA, passed away on Thursday, October 15, 2020, at her residence. Mrs. Lewis was born in Rome, GA on May 5, 1943, daughter of the late Bruce Land and the late Ruby Vera Shifflett Land. She was a graduate of Armuchee High School and had been employed with several banks and retired after 10 years of service from the Regions Bank. She was a member of Wesley Chapel Methodist Church. In addition to her parents, she was also preceded in death by her husband, Neuffer Jesse "Nick" Lewis, and by a brother, Randolph Land. Survivors include her sons, Jeff Lewis and Dusty Lewis (Teresa), both of Rome and Danny Lewis (Kimberly), Cave Spring; 5 grandchildren, Nicky, Hayden, Skylin, Kaysin and Dakota Lewis; a sister, Wilma Hopper (Bryant), Summerville; a brother, William Land, Jacksonville, FL; several nieces and nephews. In keeping with her wishes, Mrs. Lewis will be cremated, and a graveside service will be held on Thursday, October 22, 2020, at 11am at Georgia National Cemetery, near Canton, GA. The Rev. Phil Wade will officiate. Henderson & Sons Funeral Home, North Chapel, has charge of the funeral arrangements.