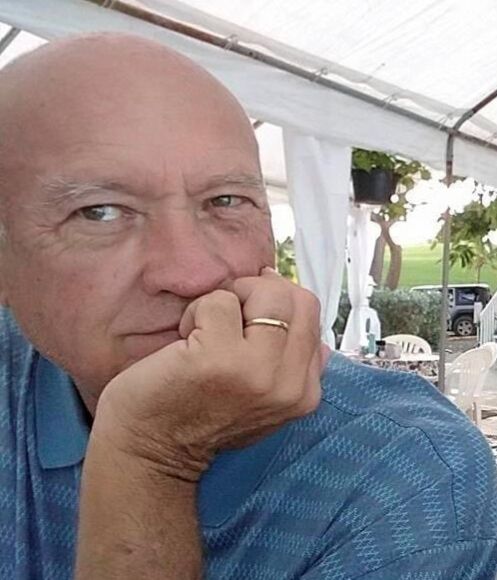 Terry Lee Ledbetter, 73, transitioned at home on September 1, 2020, after a long and valiant battle with stage-four kidney cancer. Terry was a Vietnam War veteran who served in the Army Signal Corp and graduated from Georgia State University. He retired in 2017 from a long career as a Real Estate Appraiser. He was an American Patriot, a devoted family man and a loyal friend. Originally from East Point, GA, Terry lived most of his adult life in Rome, GA. He is survived by his wife, Joan Anderson Ledbetter, his son, K. R. Wilson Kirkpatrick, his sisters, Jenny Marler (David), Linda Zaske (Tommy Jones), and Tracy Turner (Alan) and their children and grandchildren. He is survived by his daughters, Shelley Womack (Allen) and Ashley Seigel (Max), and his grandchildren Jake Womack and Ava and Julian Herndon. He is also survived by extended family who loved Terry very much: Avis and Sam King, George and Marilyn Anderson, John and Nancy Anderson, Edie and Phelps Hope, Hazel Anderson, and Mitzi Ledbetter. He also had numerous loved nieces, nephews, cousins, and other family and friends. Preceding him in death are his mother, Edna Creel Ledbetter, father, Artis Record Ledbetter, brothers, Gary and Jimmy Ledbetter, and sister, Deborah Ledbetter Perkins (Jerry). Terry was a strong, independent, and good-hearted man. He never asked anything from anyone, but he was always generous in helping others whenever asked. Those that knew him loved him. Those who did not know him missed out on the honor of being with a good soul with a great sense of humor, love of life, and a kind spirit. He was strong-willed, but a softy. Terry taught himself to play golf after moving to Rome. He won many golf tournaments, many at Callier Springs County Club as a long-time member. He lived for his weekends at Callier's playing golf and cards. Terry took on the challenge of moving to an island and went through two category-five hurricanes on St. Croix before having to move back to Rome due to his illness. At the age of 70, he lived an adventure which included rough conditions that most twenty-year-olds could not handle. He was tough as nails, but good as gold, loyal, kind, and a gentleman. He was his wife's biggest cheerleader, supporting her in every endeavor. Terry loved his dogs and had many over the years. He is survived by his last two dogs, Rufus and Samantha, guardians and loving company for him throughout his long illness. They were with him at the end. A celebration of life gathering for close friends and family will take place at his home. In lieu of flowers, food, or other love offerings, the family asks donations be made to their local animal shelters and rescues. The best way to honor Terry is to live as he did, with kindness, without prejudice, with an open and inquiring mind, and with the strength and humility to do for others instead of self. Daniel's Funeral Home has charge of the arrangements.