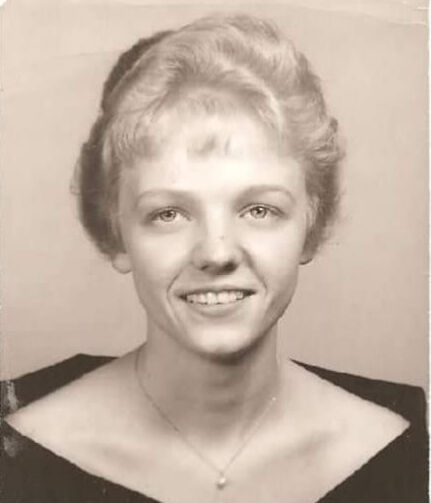 Mrs. Patricia (Patti) Jayne Collins Kirk, age 78, of Cave Spring, Georgia, passed away peacefully on September 4, 2020 surrounded by her family, after an extended illness. Mrs. Kirk was born in Gainesville, Georgia on February 21, 1942, daughter of the late E. E. Collins, Sr., and the late Maude Westmoreland Collins. She was the last of four children, and was preceded in death by her three brothers, Bud Collins, Bill Collins, and Jim Collins. Survivors include her husband of 57 years, Harrison Loring Kirk, to whom she was married January 4, 1964; her three sons, David (Chasidy) Kirk, Steve (Belinda) Kirk, and Jim (Janet) Kirk; her grandchildren, Kaitlyn Kirk, Alex (Kansas) Kirk, Seth Kirk, Kylie Kirk, Ally Kirk, Maddie Kirk, and Noah Kirk; and many nieces and nephews. Mrs. Kirk attended Brenau College and was the corresponding secretary of the Delta Zeta Sorority, a member of the Cotillion Club, and a member of the Brenau Chorus. Mrs. Kirk has lived in Cave Spring for the last 45 years and was a member and former secretary of the First Baptist Church of Cave Spring. Mrs. Kirk's greatest passion was her family and nothing made her happier than being with her husband and three sons. She had a huge heart for her Lord and Savior, Jesus Christ, and was kind and caring to every person she met. She was the true epitome of love. Due to CDC guidelines, a memorial service will be held at a later date. In lieu of flowers, memorials may be made to the First Baptist Church of Cave Spring. John House's Cave Spring Chapel