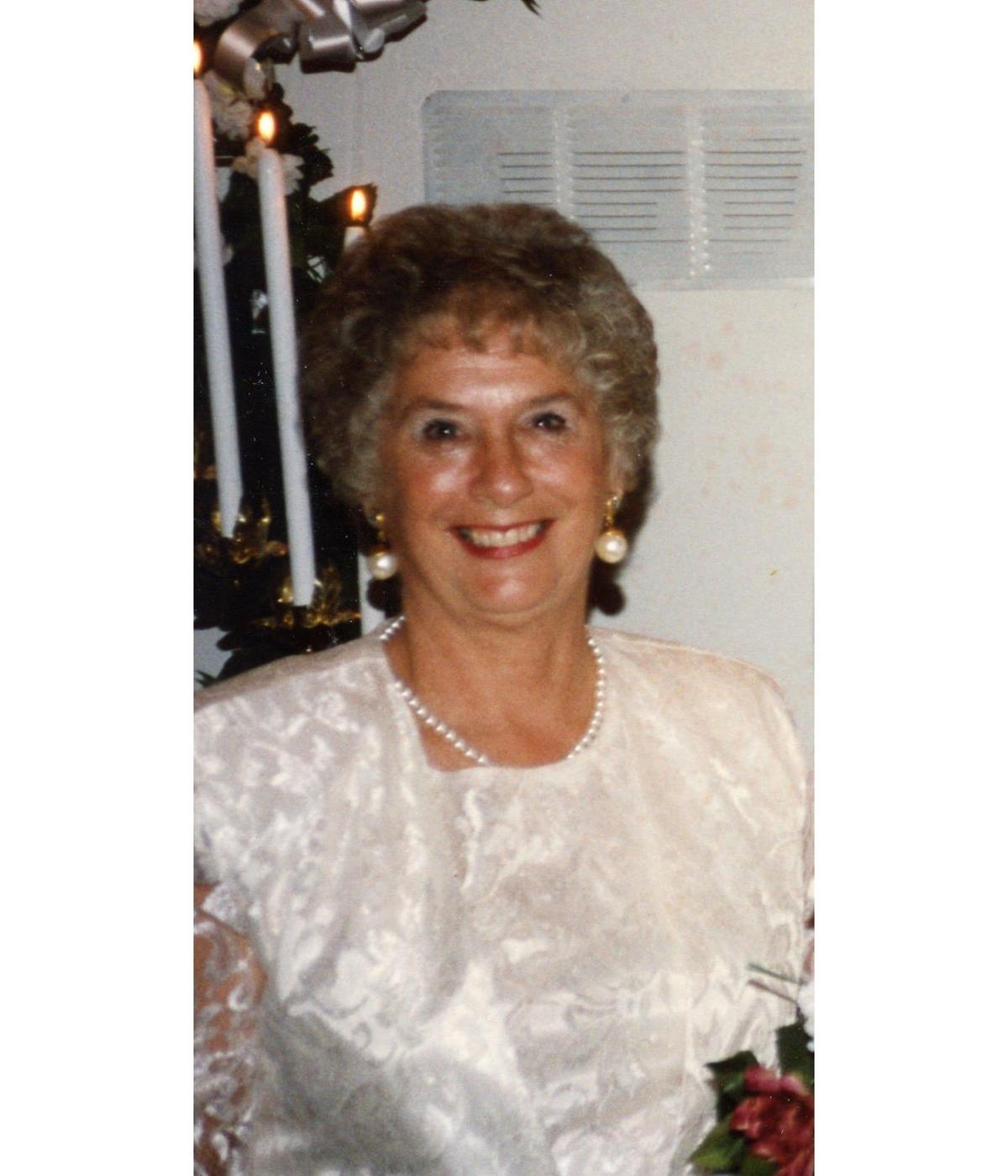 Mrs. Bobbie Jean Ingram went to be with her Jesus and family on Tuesday, August 27, 2019, while holding her daughter's hand. She was on the land and in the home that her husband built for her in the 1960s. Bobbie was born on December 30, 1931, in Lindale, GA on Old Furnace Road. She was raised by Russell Willie Pace and Jewell Mozelle Howren Pace, in a home filled with love. She was a member of Riverside Baptist Church and American Legion Post No. 5 on Shorter Avenue. Bobbie married Billy L. Ingram on August 13, 1952 and he preceded her in death on October 4, 2000. She was an avid sports woman who loved and excelled in basketball, softball, swimming, badminton, volleyball and horseshoes. Anytime given the opportunity, she would pick up a softball or basketball to see if she could still "do it". Many times, her home or the pasture beside the house was filled with children and teens, playing pool in the basement and softball, basketball, football, etc. Swimming was usually involved also. She could be found riding the motorcycles with the kids or traveling in the mail cart with a load to Sherwood just for their enjoyment. Anytime Bobbie thought she could help a child in need, she tried to be there. She would cook extra and set a plate for another one. Bobbie was called "Shorty" by those teens who needed a partner in pool games or sports, or later she was known as "Ms. Bobbie" or "Flossie". This nickname was started by Earl, due to always having her hair fixed with Jane Brock every Wednesday and Saturday. She was always looking her best with makeup on, hair fixed and clothes just right. Bobbie worked at Celanese School as the Secretary for Joe Early in the early years. Not wanting to stay home, Bobbie returned to work in her fifties. Prior to retiring for a second time, she was associated with Belk Rhodes on Broad Street and Kroger. She kept herself busy, canning and putting things up from Billy's garden. She was known as the "pickle lady" by her friends who received garden goodies and candies at Christmas time. Bobbie loved and enjoyed keeping Michael Lee Rose, Brandon Simms and Matthew Ackley as children. They enlightened their life when their nest was empty and were thought of as family and additional grandchildren. Bobbie also enjoyed teaching the children in Bible School and loved to hear their stories. Lastly, Bobbie couldn't wait each year to go to Florida with her and Billy's friends. Their group was comprised of Frank and Edna McGill, Lynn Plunkett, Gail Johnson, Melanie Montanaro, Gene and Edna Cox, Mark Cox, Andrew Self, Evelyn Self and Andy Self. She also loved to meet up with H.S. and Betty from Perry, GA and their grandchildren, Brandon Shugart, and his sister. After her husband passed, Bobbie later rekindled a friendship with her childhood friend and schoolmate, Earl Elliott. For fifteen years, she and Earl shared many suppers, outings and travels to see family together. She loved Earl's family from Alabama and enjoyed spending time with his children and grandchildren and staying at the lake. Earl preceded Bobbie in death a few years back. She deeply missed him and their weekly trips to Cracker Barrel with Stanley and Colleen. Survivors include her daughter, Pamela Colleen Ingram-Ellison (Stanley), Rome; brother, Gary Lee Pace, Sr. (Sally), Rome; niece, Frona Jewell "Pebbles" Pace Wheeler (Todd), Silver Creek; great-nieces, Sarah Beth Wheeler and Mary Kate Wheeler; Silver Creek; nephew, Gary Lee "Rock" Pace, Jr. (Trina), Kingston; great-nephews, Brody Pace and Brant Pace; Kingston; life-long best friend, Jerri Waters (Bill), Rome; God grandsons, who she dearly loved, Matthew David Ackley (Jennifer) and their son, Rylan, Rome, Cory Keeney (Mariah) and their daughter, Karly, Kingston, and Daniel Jackson, Rome; adopted son, Phil Aaron, who she watched grow from childhood to adulthood; cousins, James "Slugger" Howren (Barbara), Mary Howren Adams (Chuck), Melissa (Missy) Pyle Hamilton; two step-grandchildren, Brandon Ellison (Pam) and their children, Gage and Austin, SC, and Tammy Ellison Campbell and her children, Cannon and Cooper Campbell, SC; Earl's children, Tony Elliott (Tanja), and their children, Ben and Jourdan, Denese Elliott Steward, her daughter, Ashley, Cynthia Elliott Radford (Charles); as well as several other nieces, nephews and cousins on her husband's side also survive. Funeral services will be held on Saturday, August 31, 2019, at 1:00 PM, in the Chapel at Henderson & Sons Funeral Home, North Chapel, with the Rev. Harold Ingram and the Rev. Randy Lambert officiating. Interment will follow in East View Cemetery with Bro. Chuck Graves officiating. The family will receive friends at Henderson & Sons Funeral Home, North Chapel, on Saturday from 11:00 AM until the funeral hour. At other hours, the family may be reached at the home of Pebbles Pace Wheeler, 66 Ramblewood Drive, Silver Creek, GA, 30173 Pallbearers are asked to assemble at the funeral home on Saturday by 12:30 PM and include Michael Lee Rose, Buck Thompson, Todd Wheeler, Rock Pace, Brody Pace, Brant Pace, Greg Brown, and Matthew Ackley. Honorary pallbearers include Tony Elliot, James "Slugger" Howren, Sid Kennedy, Alan Kennedy and Chuck Adams. Flowers will be accepted or please contact the family regarding memorial contributions. Henderson & Sons Funeral Home, North Chapel, has charge of the arrangements.

To plant a tree in memory of Bobbie Ingram as a living tribute, please visit Tribute Store.
+1
Plant a tree