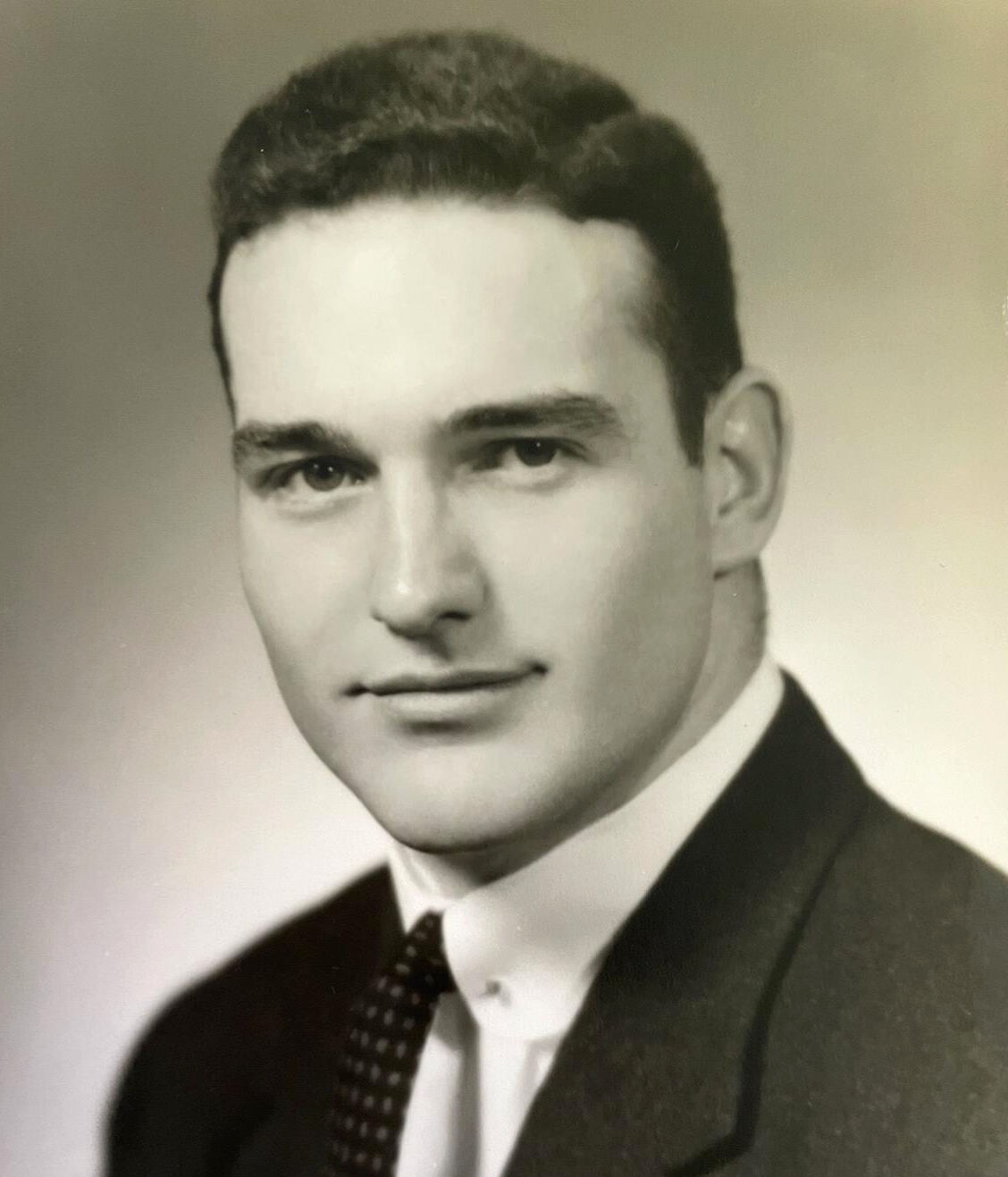 Jerry Garland Hubbard of Rome, GA died peacefully in his home on Monday evening, November 16th. Jerry is survived by his wife of 63 years, Patricia Crawford Hubbard, his son, Clinton G. Hubbard (wife Laurie) of Rome, his daughter, Patricia L Hubbard (husband Jonathan Glidden) of Atlanta and 7 grandchildren (Allison, Christina, and Sarah Cait Hubbard; Margot DeCosterd; Hank, Amanda and Lily Glidden). He is preceded in death by his mother, Lily Beatrice Hubbard Carpenter of Gastonia, NC and his first child, Amanda Hubbard DeCosterd of Rome, GA and Boston, MA. The term "American Dream" was coined by James Truslow Adams in his 1931 book, "Epic of America", but has its roots in the U.S. Constitution. The concept is loosely defined as the belief that, in America, "anyone, regardless of where they were born or what class they were born into, can attain their own version of success. The American Dream is achieved through sacrifice, risk-taking, and hard work, rather than by chance." (Barone, 2020) Jerry Hubbard epitomized the "American Dream". Jerry was a man of great intelligence and integrity with a kind, loving and generous spirit as well as a clever humor. Jerry grew up poor but loved in Gastonia, NC, where he lived with his mother and grandparents, all devout Christians, who worked in the local cotton mill. They did not have much but were hardworking and grateful for everything they had. Few from Jerry's high school were able to go to college but Jerry was brilliant, determined and athletic and this combination got him a football scholarship to Duke University, where he studied accounting and met Patsy, the love of his life. After graduating from Duke in 1957, and a period of service in the U.S. Army, Jerry and Patsy moved to New York where Jerry worked for Arthur Anderson as an accountant. A few years later, he got his Master's in Business Administration (MBA) from the University of North Carolina, Chapel Hill before returning to Arthur Anderson in Atlanta, GA. Jerry and Patsy moved to Rome, Georgia in 1965 for Jerry to work for Trend Mills, a carpet manufacturing company, where he was Assistant Controller. Seeing opportunity in this industry, but deciding that he could do it better, Jerry joined with business partner, Bill Carroll and they started Marglen Industries, Inc. He and Patsy invested all their savings and Marglen Industries was born in their dining room in 1971. By the late 1990s, Marglen was vertically integrated from the recycling of 100 Million plastic bottles for fiber to the finishing of carpet, and every step in between, employing over 1,000 people. Having come from a family of factory workers, Jerry appreciated the needs of his employees and always strived to take good care of them. A new worker entering the factory floor at Marglen would often hear the story of its founder and his "rags to riches" story and what a remarkable man he was. Jerry served on the boards of the First National Bank of Rome and State Mutual Insurance of Rome. He served on the non-profit boards of the Floyd County Hospital Authority, The First United Methodist Church, and is a Life Trustee at Darlington School. In addition to his service on non-profit boards, Jerry looked for ways to give back--from donations to the small Methodist church where he grew up to camp programs for youth in need. He remembered the time he got to go to church camp through such a donation and how this opportunity changed him and inspired his spiritual life. Jerry gave generously to the First United Methodist Church of Rome; Darlington School, where he created the Amanda Hubbard DeCosterd Scholarship fund in memory of his daughter; CARE, the international relief and development agency; and Duke University, where he endowed a professorship and teaching award. Jerry always had a competitive spirit and was an avid golfer and tennis player in his 40s, 50s and 60s. When he had to give up sports due to health problems, he found a competitive outlet in Bridge playing and, in his 70s, quickly achieved a Bronze Life Master ranking. After selling his company in 1998, Patsy and Jerry spent their winters in Florida where they had a home, and 6 months a year in their beloved Rome, GA. This humble man, from humble beginnings, always reminded his children that their success would not have been possible without Patsy by his side. He worked hard and risked much so that he could build a better life for his family and give back to his community. At the same time, he always put family first. He would wake up before sunrise to work, but always tried to make it home for family dinner. He inspired his children and many around him to see what they could be in his own relatable way. This "American Dreamer" will continue to inspire through the many lives that he has touched. A memorial service will be held outside of the Rome City Mausoleum on Saturday, November 21st at noon. An outdoor reception will follow for family and friends at the Coosa Country Club. Due to Covid-19, masks and social distancing will be followed at both venues. The service will also be available via live stream on the Daniel's Funeral home Facebook page- www.facebook.com/danielsfunerals.com In lieu of flowers, donations can be made to the First United Methodist Church, 202 E Third Ave., Rome, Ga. 30161, or Darlington School, 1014 Cave Spring Rd., Rome, Ga., 30161