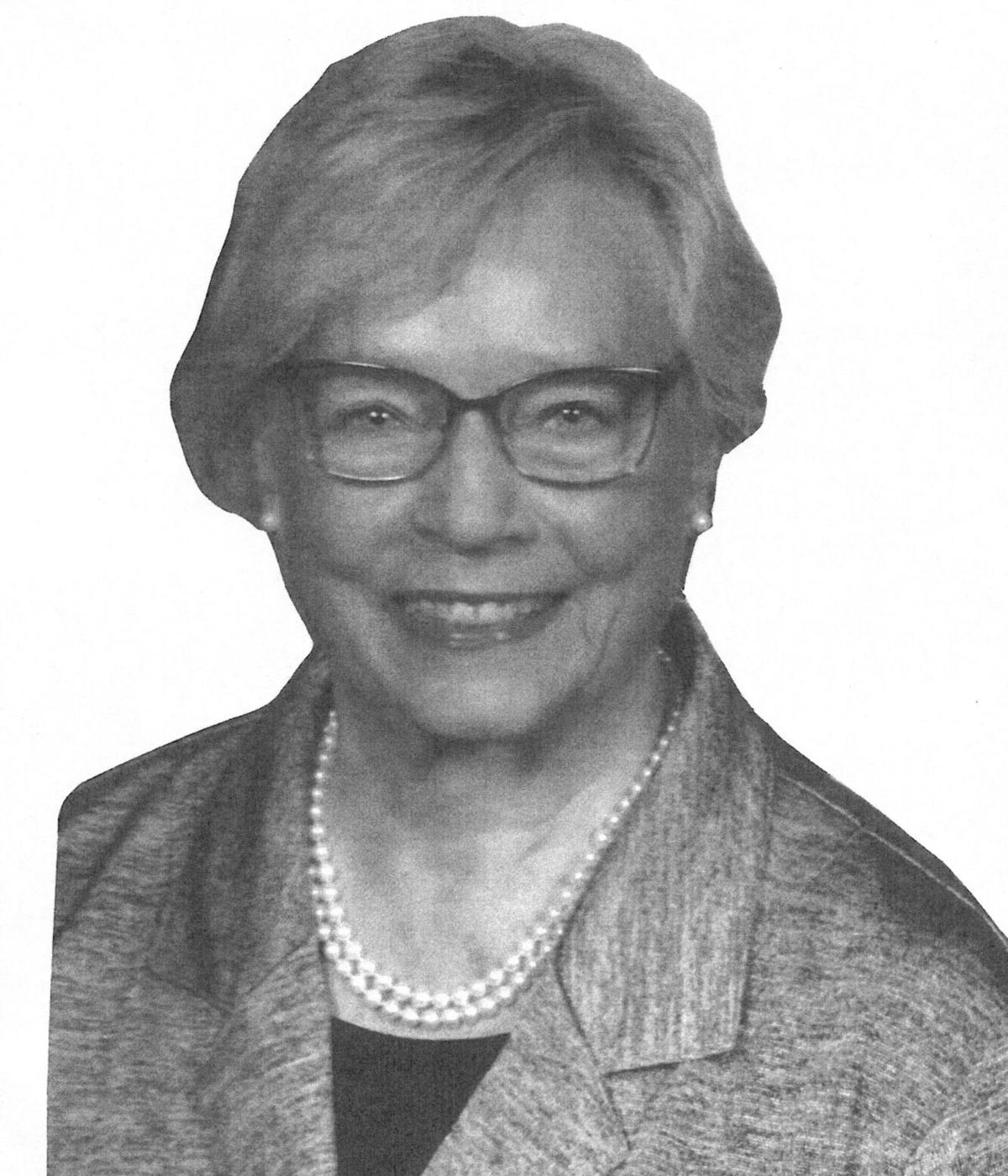 Dorothy Johnson Fletcher, wife of Chief Justice (Ret.) Norman Fletcher, died on January 28, 2021, a victim of the Coronavirus. Dot was born in Fitzgerald, Georgia on August 18, 1935, the fourth child of I.B. Johnson and Alma Elizabeth Reichert Johnson. She attended the Fitzgerald Public Schools, graduating with the Class of 1953. She was a cute majorette, cheerleader, member of the band and Glee Club. Many of her friends remained friends for life, often having get togethers with their spouses. Dot and Norman looked forward to their many class reunions every five years, every two years more recently. Her first two college years were at GSCW (now Georgia College & State University). She transferred to the University of Georgia in the fall of 1955 where she was a Sister in Kappa Delta sorority. One of Norman's fraternity brothers asked him to get him a date with Dot. Instead, Norman got himself a date with her, something he had wanted for many years. It was the wisest maneuver he ever made. That led to their marriage on July 21, 1957, a marriage lasting over 63 years. Dot received a B.S. in Education in the summer of 1957 and taught in Athens while Norman completed his last year of law school. In the summer of 1958 they moved to Rome, Georgia, where she taught for three years, and Norman joined Matthews, Maddox, Walton & Smith (now McRae, Smith, Peek. Harman & Monroe, LLP) as an associate. During their five years in Rome they made many lifetime friends. In 1959 Methodist Dot and Baptist Norman compromised and joined the Rome First Presbyterian Church. They remained Presbyterians for over 50 years. Always a strong supporter of public schools, in June 1983 she was appointed to the 40-member Education Review Commission, the Commission report leading to major reforms in Georgia's public school systems. Dot had a strong Christian faith her entire life. She was a leader in MYF and taught children's Sunday School in LaFayette. During their years in Atlanta at Peachtree Presbyterian Church she was a regular visitor at Presbyterian Home, a Stephen Minister, and a Elder for three years. She and Norman found much joy in the Seekers Sunday School class with many close friends to this day. Upon being welcomed as communicants in Rome's St. Peter's Episcopal Church in 2007, Dot brought with her the Stephen Minister training, with weekly visits at nursing homes with shut-ins, carrying them her flower arrangements. During the pandemic she called them weekly, their only contact with the outside world. Dot had a deep special mother's love for our daughters, grandchildren, great- grandchildren and son-in-law. And they all had that special love for her. Dot was a talented interior decorator and great hostess. She made each home we had comfortable and pleasing to the eye. The parties she planned at our homes and our lake house at Lake Weiss were so much fun, leaving us and our friends with great memories of the good times together. We were happy in each community we lived and had so many wonderful friends in each place, some of them still there, Rome, LaFayette, Atlanta and back to Rome. After moving back, Dot enjoyed her many bridge club friends and her work in the Seven Hills Garden Club. She loved to travel. Before our daughters left for college, we made many motor trips around this country. After leaving the Court, we traveled extensively, to China, Australia, and New Zealand, to Normandy, all over Europe, Scandinavia, Russia, Ireland, Costa Rica, and two fantastic safaris in South Africa. Lastly was our three-week ocean trip in 2019 starting in Buenos Aries down the east coast of South America, out to the Faulkland Islands, around the Cape and back up the western side ending in Santiago, Chile. On Saturday, January 30th the Reverend John Herring and Janice Wright met with our immediate family in our Rome home for a last rites service. Their words were comforting, assuring us that Dot was in a better place, with no more pain and suffering, at peace in the welcoming arms of our Savior Jesus Christ. The family holds a special place in our hearts for John and Janice for being with us during this time of mourning. As planned by Dot, on February 1st a graveside service was held in Evergreen Cemetery in Fitztgerald where she is buried in the Fletcher plot with Norman's parents. This was conducted by Reverend Richard Wright, Senior Minister at Central United Methodist Church in Fitzgerald, Dot's church for 20 years. The service was opened with prayer, followed by special words from our oldest grandchild Katherine, from Jad Johnson, son of Dot's brother L. B. "Buster" Johnson, and Chris Coan, our son-in-law, Elizabeth's husband. Reverend Wright then proceeded with the committal service. His words were perfect - one would think that he had known Dot for years. Everyone present felt that Rich was providently sent to us for the service that day. In addition to her parents, she was preceded in death by her siblings L.B. Johnson, Elizabeth Anne McGarian, and Reichert Newton Johnson. She is survived by Norman, daughters Mary Kiker, Dalton, and Elizabeth Coan (Chris), Marietta, grandchildren Katherine Causby (Starr) and Will Kiker, Dalton, Libby Coan, Marietta, Fletcher Coan (Virginia), Brookhaven, and Catie McLarty (Brandon), Memphis, great-grandsons Trey and Henry Causby, nieces and nephews Mark Johnson, Anne Langford, Jad Johnson, and Walt Murray. In lieu of flowers, memorial gifts may be made to Saint Peter's Episcopal Church, 101 East Fourth Avenue, Rome, GA 30161. For the compassionate care Dot received during her three and a half weeks in the hospital, the family sends special thanks to the physicians, nurses, p.a.'s and all the support staff at Redmond Hospital.