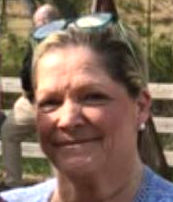 Mrs. Diane Marie Ferguson, age 60, of Rome, GA, passed away Thursday, June 11, 2020, after a brief illness. Diane was born in Rome, GA on March 10, 1960, and was the daughter of the late Carl and Linda Stewart. She was also preceded in death by her paternal grandparents, Robert and Mary Lou Stewart, by her maternal grandparents, Reggie and Clattie Altman, by her sister, Debra Hanks, and by her brother, Steve Stewart. Diane was a homemaker at the time of her passing and served for over 15 years as a Paraprofessional at Cave Spring Elementary School, where she was adored by the staff and students who affectionately referred to her as "Fergie." She is survived by her husband of nearly 44 years, Bobby Ferguson, her son, Bobby Ferguson III, and his wife, Haley, and her daughter, Stephanie Ferguson, all of Rome. She is also survived by her beautiful grandsons, Eli and Everett Ferguson. Other survivors include her brothers, Stanley and Stacy Stewart, both of Rome, and her sister, Donna Boatfield, and her husband, Tim Boatfield, of Lindale. Several nieces and nephew also survive. Funeral services will be held on Wednesday, June 17, 2020, at 1pm at Bush Arbor Baptist Church with the Rev. Dale Byars officiating. Social distancing guidelines will be followed. Interment will follow in Bush Arbor Baptist Church Cemetery. The family will receive friends at Bush Arbor Baptist Church on Wednesday from 11am until the service hour. Social distancing guidelines will be followed. Pallbearers are requested to assemble at Bush Arbor Baptist Church on Wednesday at 12:30pm and are as follows: Blake Russell, Trae Martin, Travis Burger, Adam Byer, and Andrew Thomas. In lieu of flowers, the family requests you send donations to Children's Healthcare of Atlanta. The family requests that all attendees please adhere to CDC guidelines related to the COVID-19 pandemic. Henderson & Sons Funeral Home, South Chapel, has charge of the funeral arrangements.