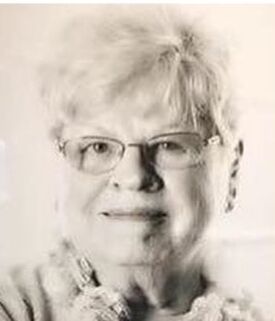 Ethel Francis Payne Evans, of Rome Georgia, passed away peacefully in her home with family at the bedside. She is preceded in death by her husband, Donald Edward Evans, their daughter Gloria Suzanne Evans, and her parents Holman Dock Payne and Alice Catherine McDuffie as well as her sister Annease McDuffie. She is survived by her daughters Jennifer Moore (Randall) and Sally Evans, her grandchildren Josh Moore (Sara) and Kinsey Allen (Chris) and multiple grandchildren. Her surviving siblings are Beaty Kimsey, Ruth Justus, Ann Wikle, Carolyn Terry, and Tony McDuffie. She is also survived by her sister-in-law Joyce Hufstetler as well as countless beloved nieces and nephews. She was born in Homer Georgia in 1940. After graduating from a lab technology program, she became the first lab intern at Floyd Medical Center. She later worked for pediatrician Harrland Starr and then retired from Northwest Regional Hospital after more than 25 years working in the medical field. She was actively involved in volunteer work after retirement. She volunteered with Cancer Navigators, Many Streams and greeted the public with a smile at Harbin Clinic Cancer Center. As a three-time cancer survivor she was a source of support and encouragement for those defeating the disease. A private graveside service with be held Tuesday, April 13th at 11:00 am at Salmon Cemetery, New Calhoun Rd NE, Adairsville, Georgia. Friends and Family are encouraged to gather and pay respects at the home Monday and Tuesday. In lieu of flowers, she requested donation be made to Cancer Navigators. Deep appreciation to Transitions Hospice for the wonderful care she received. Those who cared for her quickly became like family.