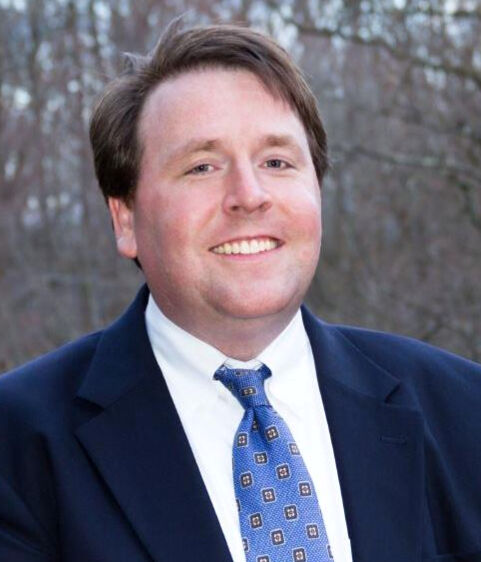 Mr. William Rorick Enloe (Will), died Sunday July 18, 2021 at, 11:30AM, at his family residence after a long and courageous battle with many illnesses over the last 18 years. A native of Rome, Georgia, Will was born March 22, 1972, the son of the former Alice Mary Armstrong and the late Van Porter Enloe III. His father preceded him in death on January 7, 1998. Will was an honor graduate of Darlington School in 1990 and received a Bachelor of Arts degree in Political Science and Economics from Kenyon College in Gambier, Ohio in 1994. In addition, he completed coursework at the Université Paris- Sorbonne in the spring of 1993. Will currently served as the volunteer planned giving officer for Floyd Healthcare Foundation. He previously served in the Advancement Office of Berry College as the Senior Planned Giving Officer. During his tenure at Berry College, he assisted in securing over $36 million in estate gifts for the college. Will's greatest pride was taken in that many students are attending Berry College today because of generous donors that he was lucky enough to meet and work with. Before assuming that role in 2001, he was affiliated with SunTrust Bank and became the youngest vice president in a company of over 38,000 employees where his roles included marketing director, regional sales manager and branch manager. While at SunTrust, he was instrumental in opening over 50 retail branch locations inside of Publix Supermarkets throughout the state of Georgia. Will was a member of Floyd Healthcare Foundation's Board of Directors, Berry College and Kenyon College Planned Giving Councils and the Kenyon Fund Executive Committee. He was a former board member of the Open Door Home, and the Rome Area History Museum. He previously was a member of the Chieftain's Museum Board of Directors and current member of the Chieftain's Museum Advisory Council. Will served on the Darlington Alumni Council of which he was elected president for the 2005-2006 academic year. During his Alumni Council Presidency, he also served on the Darlington School Board of Trustees. Will was a Leadership Rome graduate in 2003. In addition, he was a class agent and volunteer for the Leadership Gift Council at Kenyon College and played an active role as a committee member for each of his college class reunions. Will was a member of the Rome Rotary Club from 2001-2007. During his life, he also served on the Board of Directors of Keep Rome-Floyd Beautiful, the Pear Alley Condominium Owners Association and the Finance Committee of Westminster Presbyterian Church. Will also served as a GATE of Opportunity Scholarship mentor at Berry College and volunteered with the Rome Tennis Center at Berry College. Will was awarded The Distinguished Service Award at Kenyon College during his 25th reunion at Kenyon College in May of 2019. This award recognized over 25 years of volunteer efforts by Will and he was especially pleased to be able to be awarded this in person as the specific recognition was very special to his heart. He made lifelong friends during his time at Kenyon, especially his beloved hall mates from Third Floor McBride, his freshman dormitory. He was also selected as an honorary member of the Darlington chapter of the Cum Laude Society in 2020. Will's lifelong hobbies were playing or watching tennis, gardening, travelling, and maintaining friendships. He was a devoted and loyal friend who brought joy and humor to many friends from different parts of his life. He travelled to 54 countries during his lifetime. His ultimate traveling partner was his mother and they shared many exotic experiences during their travels from 1998- 2019 which included visiting over 26 countries. From London to Sydney to Kathmandu, they experienced the world and were forever changed by the opportunity of their incredible experiences outside of this country. Will was baptized at the First Presbyterian Church in Rome and was a member of the Westminster Presbyterian Church in Rome. Survivors include his mother, Mrs. Van Porter Enloe III (Alice), of Rome; a sister and brother in law, Mr. and Mrs. Stevens Lyman Martin (Winnie) of Edina, Minnesota; a nephew, William Armstrong Martin and a niece, Grace Heuer Martin, both of Edina, Minnesota. Will is also survived by a beloved canine companion, Porter, and many dear friends whom were considered his family. Honorary Pallbearers will be: L. Brent Bell, Marshall W. Chapin of Norwell, MA, Samuel L. Echols, Joseph E. Goodroe III of Perry, GA, W. Eric Griffin of Atlanta, GA, Thomas H. Manning, Charles B. Temple, and William B. Temple. The family wishes to thank Drs. Paul Brock, Barritt Gilbert, George Golden, and Ryland Scott for their medical care. A heartfelt thank you is also expressed to Tracey Rogers, RN, and all the wonderful people at Heyman Hospice at Floyd Medical for their loyal and excellent care. A service of celebration for Will's life will be held on Wednesday, July 21st at 11:00AM at the Myrtle Hill Cemetery with the Rev. Janice Bracken Wright officiating. Calling hours will be at the residence, 55 Ridgewood Road, on Tuesday, July 20th from 4:00-6:00 PM. The family respectfully asks that flowers be omitted and that memorial contributions be considered to Darlington School, attn.: Julie Lucas, 1014 Cave Spring Road, Rome, GA 30161 or to Floyd Healthcare Foundation, attn.: Lauren Adams, 400 Turner McCall Blvd. Suite 102, Rome, GA 30165. Daniels' Funeral Home of Rome has charge of arrangements.

To plant a tree in memory of William Enloe as a living tribute, please visit Tribute Store.
+1
Plant a tree