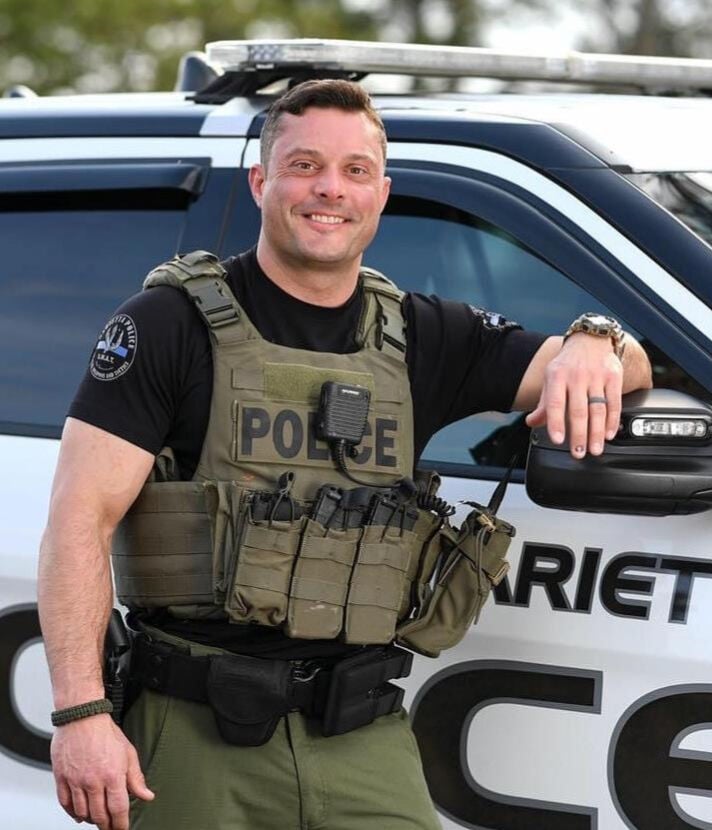 Mr. Clayton Lee Culpepper passed away on Wednesday, February 10, 2021. Clayton was proceeded in death by his grandparents, Clyde Malachi Culpepper & Bonnie Harbor Culpepper, his great Uncle, Thomas Delmon Culpepper, grandparents, John Harry Powell, Sr. & Betty Anne Washburn Powell, and an Uncle, John Harry Powell, Jr. He grew up in Cherokee County and completed high school in Rome, Georgia at Rome High School where he was a stand-out athlete and outdoor enthusiast. After graduating from Rome with honors, he entered Berry College and received a great education while playing baseball on a full scholarship. After graduating from Berry, Clay accepted a job working for RSC Equipment Rental. Clay became the number one outside sales rep. After a couple years of success in sales, he felt a calling to serve and to dedicate his life to helping others. Clay left a fruitful career and joined the Marietta Police Department to make a difference. He was passionate about his job and lived for others. At the Marietta PD Clay was the SWAT Entry Team leader and department shift supervisor. He was a hero. He made our lives safer and better. Above all else, Clay loved the Lord and believed that Jesus Christ died for our sins. He loved his wife and kids more than anything else in the world. He dedicated his life and gave 150% effort to anything that he believed in and worked to be the best. Among those passions were baseball, football, firearms and shooting, boxing, combat, rescue, and jujitsu to name a few. He was "SUPERMAN" and we will miss his passion and humor. He will forever be in our hearts and memories. Clayton is survived by his children, Maelee Grace & Bronson Lee Culpepper; his parents, David Gregory Culpepper & Lee Anne Powell Culpepper; his brother, Lance Trenton Culpepper & his family, Lisa, Wyatt & Brock; his sister, Casey Lee Morrison & her husband Jacky Morrison; his extended family, Brittany Kelley Culpepper, Ronnie & Teresa Kelley; and his uncle/God father, Rob Petry. A memorial service will be held on Sunday, February 14, 2021, at 2:00pm in the Chapel at Henderson & Sons Funeral Home, North Chapel, with Glen Johansen officiating. The family will receive friends at Henderson & Sons Funeral Home, North Chapel, on Sunday from 12:00pm until time of service. Social distancing measures will be followed, and masks are requested. In lieu of flowers, a trust fund is being set up for his children, details to follow. Henderson & Sons Funeral Home, North Chapel, has charge of the funeral arrangements.