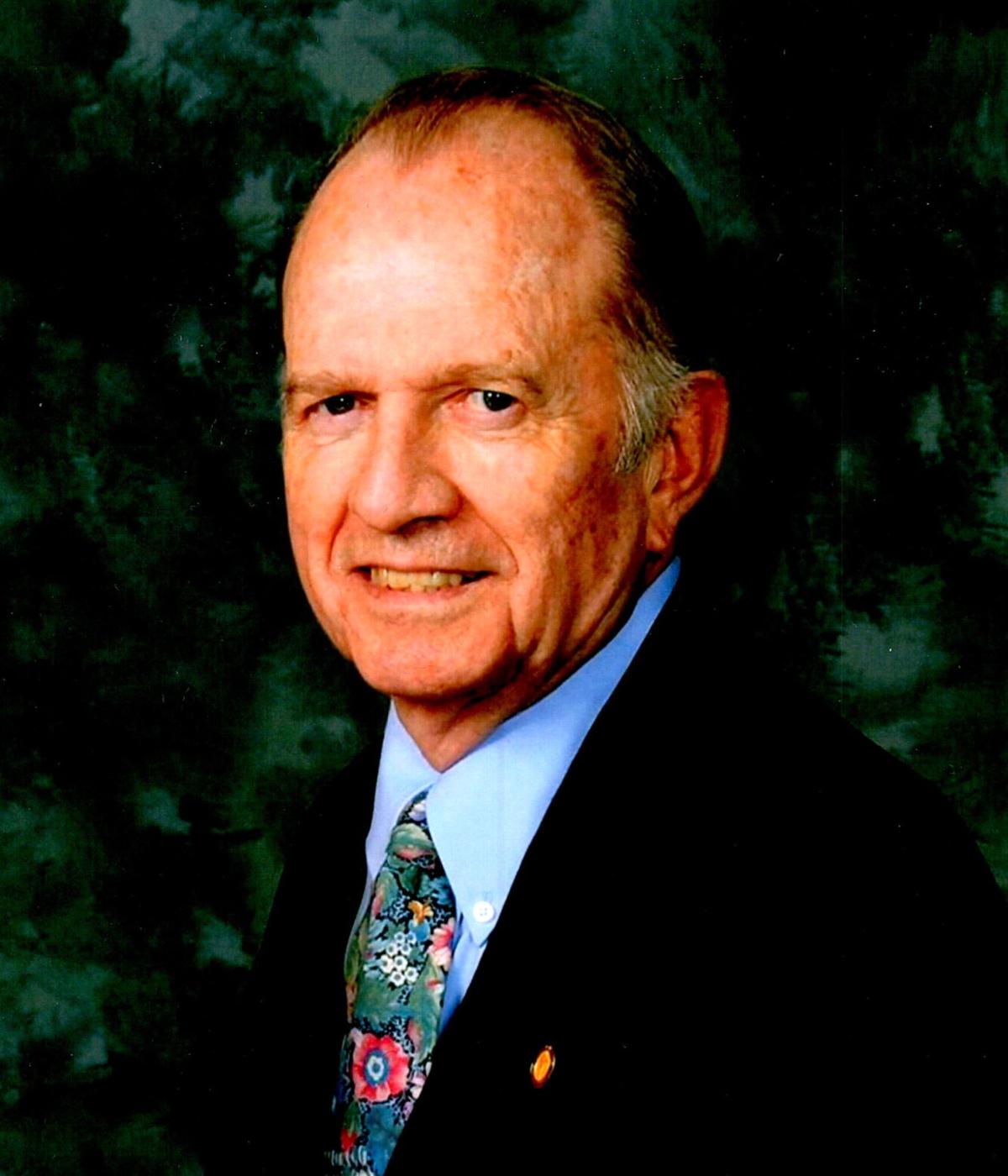 Harry Clements Christian passed away peacefully in his sleep June 1, 2021. He was born on August 6 1933, son of the late William Clements Christian and Zelma Packer Christian. Harry married Lidelle Andrews in 1956 and they had three children; Allison Christian Free of Lawrenceville, Georgia, William (Bill) Clements Christian of Marietta, Georgia, and Ann Christian Banks (Joe) of Rome. Mr. Christian received his basic education in the Rome City Schools and was an honor graduate of the University of Georgia. Following graduation, he was commissioned a Second Lieutenant in the United States Air Force and entered into the single engine jet pilot training program. Upon receiving his certification, graduating fifth out of a class of seventy four, he completed his service as a pilot and flight simulator instructor. After leaving active duty, he would remain in the inactive reserve until his service time was completed, retiring with the rank of Captain. During the early part of his career, he attended the University of Georgia again as well as Georgia Tech and Princeton to do post graduate studies. He spent most of his vocational career in Rome, serving in numerous technical, production and sales management positions in the chemical/textile industry. He was employed by the Celanese Corporation, Integrated Products and Fibro Chemical LLC of Dalton, Georgia. Several years prior to retirement, he was self employed and utilized his varied background in the manufacture, process and use of many types of synthetic fibers and yarns to help his clients. Since childhood, he was a member of Second Avenue Baptist Church, originally known as Maple Street Baptist Church, and over the years served in most of the lay leadership positions. He was a full and part time Sunday School teacher most of his adult life. He was on the Deacon Council for numerous terms and was later affirmed as a Deacon Emeritus. Additionally, he served many terms on the Finance Committee and was grateful to be a part of the Memorial/Endowment Program, chairing its operation during its early years. He also chaired or served on several Church Staff Search Committees. His civic contributions consisted of serving on the Board of Directors of the Rome Floyd County Cerebral Palsy Center, being one of its early confirmed Honorary Lifetime Directors. He also served on the Board of Directors of the Rome/Floyd YMCA and for many years was an active member of the Northwest Georgia Football Officials Association. Mr. Christian was preceded in death by his brothers-in-law Dr. Robert T, Willingham, Jr. of Atlanta, Georgia, Dr. Clarence J. Sapp and Gary Allen Andrews of Rome as well as a nephew, Clarke Harrison Willingham of Aspen, Colorado. In addition to his wife and children, Mr. Christian is survived by his sisters Hilda Christian Sapp of Rome and Anne Christian Willingham of Atlanta, Georgia; two grandchildren , John Michael Free of Oakland, Illinois and Nan Elizabeth Bazelyuk (Eddie) of Lawrenceville, Georgia; a brother-in-law, Robert Lee Andrews (Ginger) of Rome, and a number of nieces and nephews. The family respectfully asks that in lieu of flowers memorial contributions be sent to The Memorial/Endowment Fund of Second Avenue Baptist Church, 823 East Second Avenue, Rome, Georgia 30161 or a charity of your choice. A memorial service will be held in the sanctuary of Second Avenue Baptist Church on Saturday, June 12, at 11 a.m., receiving of friends will follow. Daniel's Funeral Home has charge of arrangements.