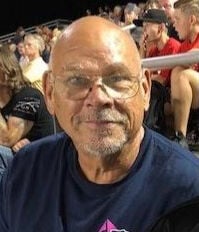 Mr. Jimmy Franklin Buffington, age 66, of Rome, passed away on Tuesday, September 29, 2020, in a local hospital. Mr. Buffington was born in Rome, Georgia on October 2, 1953, son of the late Claude Rena Buffington and the late Mary Lou "Myrt" Tanner Buffington. He was a graduate of Armuchee High School in the class of 1972 and was a member of the Antioch Baptist Church. At the time of his death, he was a member of the maintenance department at Storey Lumber Company and was a member of the Gore Community Fire Department. In addition to his parents, he was also preceded in death by a sister, Gail Floyd, and by a brother, Kim Tanner Buffington. Survivors include his wife, Pamela Kay Buffington, to whom he was married on November 27, 1972; his children, Christopher Buffington (Julie), Summerville, Jennifer Elmore, Calhoun, and Adam Buffington (Amanda), Rome; a sister, Fran Murdock, Rome; 2 brothers, Kenneth Buffington and Troy Buffington (Carole), both of Rome; 10 grandchildren, Hallie, Connor, Evan, Chloe, Kaylee, Owen, and Dakota Buffington, Hannah and Andrew Elmore, and Gracie; several nieces and nephews. Funeral services will be held at 2pm on Friday, October 2, 2020, at the Antioch Baptist Church in Big Texas Valley. The Rev. Gregg Free and the Rev. Wesley Hunt will officiate. Interment will follow in the Antioch Baptist Church Cemetery with the Rev. Brian Butler conducting the graveside service. Social distancing will be observed and wearing a mask is requested. Mr. Buffington will lie in state at the church on Friday from 1pm until the funeral hour. The family will receive friends at Henderson & Sons Funeral Home, North Chapel, on Thursday between the hours of 6pm and 8pm. Social distancing will be observed and wearing a mask is requested. At other hours, the family may be contacted at the residence of the son, Adam Buffington. The following gentlemen will serve as active pallbearers; Mark Floyd, Todd Murdock, DeWayne Carver, John King, Paul Mitchell, Bryan Buffington, Eddie Young, and Tommy Cordle. An Honorary escort will be composed of members of the Gore Fire Department, members of the Floyd EMA as well as Kenneth Buffington, Troy Buffington, Jerry Buffington, Wayne Gresham, and Ronnie Thompson. All pallbearers are asked to assemble at the Antioch Baptist Church at 1:30pm on Friday. Henderson & Sons Funeral Home, North Chapel, has charge of the funeral arrangements.

To plant a tree in memory of Jimmy Buffington as a living tribute, please visit Tribute Store.
+1
Plant a tree