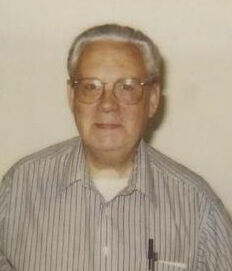 Mr. Charles Wayne Broome, age 82, of Rome, GA, passed away on Sunday, April 25, 2021 at his residence. Mr. Broome was born in LaFayette, Georgia on August 14, 1938, the son of the late Martin Hershel Broome and the late Mattie Lou Smith Broome. He was a designer and draftsman. He loved woodworking and playing the guitar. Mr. Broome was a member of Cornerstone Church. He was a good husband and father. In addition to his parents, he was preceded in death by his brother, Bennie Broome. He is survived by his wife of 56 years, Alva Jean Hibbert Broome; his children, Sandra Broome, Ginger Wilson (Cameron) and Mitchell Broome. A memorial service will be held on Wednesday, April 28, 2021 at 2:00pm in the Chapel at Henderson & Sons Funeral Home, Oaknoll Chapel, with the Rev. Jody Hagerty officiating. The family will receive friends at Henderson & Sons Funeral Home, Oaknoll Chapel, on Wednesday, April 28, 2021 from 1:00 pm until the service hour. Henderson & Sons Funeral Home, Oaknoll Chapel, has charge of the arrangements.

To plant a tree in memory of Charles Broome as a living tribute, please visit Tribute Store.
+1
Plant a tree