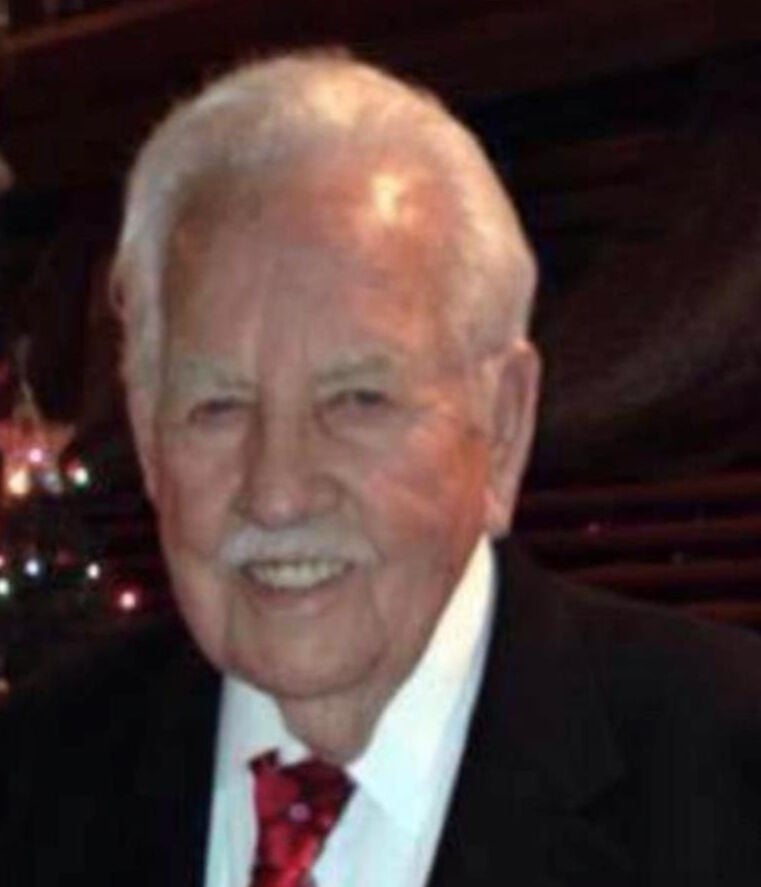 Mr. James Albert "Big Jim" Bradfield, age 88, Rome passed away Monday September 28, 2020 at his residence. On September 28th 2020 James "Big Jim" Bradfield went home to be with our Lord. He passed peacefully surrounded by his loving wife and children as well as many friends. Big Jim was born in a different era. He was a product of the Great Depression and it shaped so much of his personality. One in a combined family of 18 children, Jim got up hungry and often went to bed hungry. This had such an impact on his young life, he couldn't bear the thought of anyone around him being hungry. In New York, especially in the iron and steel business, it was well known if you worked for Jim Bradfield, you would definitely be fed! No one ever heard a stomach growl on any of Jim's many job sites. He left Georgia in his late teens and headed for New York City with less than $10 in his pockets. Who would ever think this skinny (Maybe he was known as "Slim Jim" in those days), good-looking country boy would become a self made man... Started his own iron works company and put up buildings which are still standing decades after he built them. The man is gone, but his work and his name will live on. Jim was a kind and generous man. Many of you reading this have experienced Jim's generous nature. He gave openly and he gave in secret. Although he always thought of himself as a self made man, in his twilight years he realized he didn't make it alone. He began to realize how abundantly God had blessed him and allowed him 88 years of life, the great majority of it in good health. Jim saw God had His hand on him all his life. And what a life he lived: surviving the worst years in East New York, Brooklyn wasn't easy... It was very dangerous, but Jim knew for sure that it was never boring. Big Jim had a big personality and he loved being the center of attention as he re-lived his glory days in New York, but he always knew he wanted to return to the south one day so he could work and live out the remainder of his years in Rome, GA. He was happy with his life, his wife, his many children, grandchildren and great grandchildren. Despite living in NYC for decades, Jim always thought of himself as a country boy who made an impact on the big city. He will be remembered by many, and missed greatly by those who loved him. He was preceded in death by his parents, Robert Lee Bradfield, and Mary Lou Tippens Bradfield, siblings, Lonnie Bradfield, Virginia Bradfield, Margaret Bradfield, Joe Lee Bradfield, Alexander Bradfield, Survivors include his wife, Annell Belcher Bradfield, children, Gregory Bradfield, Donna (William) Lynch, James A. (Yaritza) Bradfield, Jr., William (Tammy) Bradfield, Robert (Augusta) Bradfield, Joseph Bradfield, James Benitez Bradfield, Jonathan Bradfield, Jolene Benitez Bradfield, Stephanie (Donnie) Lee, Jamison (Cathy)Bradfield, Jennifer (Aaron) Daigle, Adopted New York son and daughter: Nelson and Barbara Llorens, grandchildren, Misty, Elizabeth, Samantha, Michael, Billy, John, Paul, Christopher, Marinna, Serinna, Angelina, Benjamin, Sandra, James III, Michael, Darian, Dawson, Victoria, Brett, Brianna, Chloe, Trevor, Austin, Emaleigh, Justin, Josie, Kelsey, Blake, Jonah, Scarlett (Sarah), Brittany, Kayla, Joshua, Dakota, Ivey, Alex, Lori, Aiden, Reagan, 18 great grandchildren, several nieces and nephews also survive. Funeral services will be held at 3:00 P.M. Friday October 2, 2020 at Good Shepherd Funeral Home Chapel, with Bishop Sean Belcher and Pastor Justin Grant, officiating. Entombment will follow in Oaknoll Memorial Gardens Mausoleum. The family will receive friends on Friday at Good Shepherd Funeral Home, 2750 Shorter Ave. Rome, GA, 30165 from 1:00 P.M. until the service hour at 3:00 P.M. In lieu of flowers, the family requests that donations be made to Community Kitchen. Parnick Jennings, Sr.'s Good Shepherd Funeral Home has charge of arrangements.