This is the artwork for the mural proposed for a retaining wall between the Rome-Floyd County Library parking lot and Georgia Power substation on Riverside Parkway. 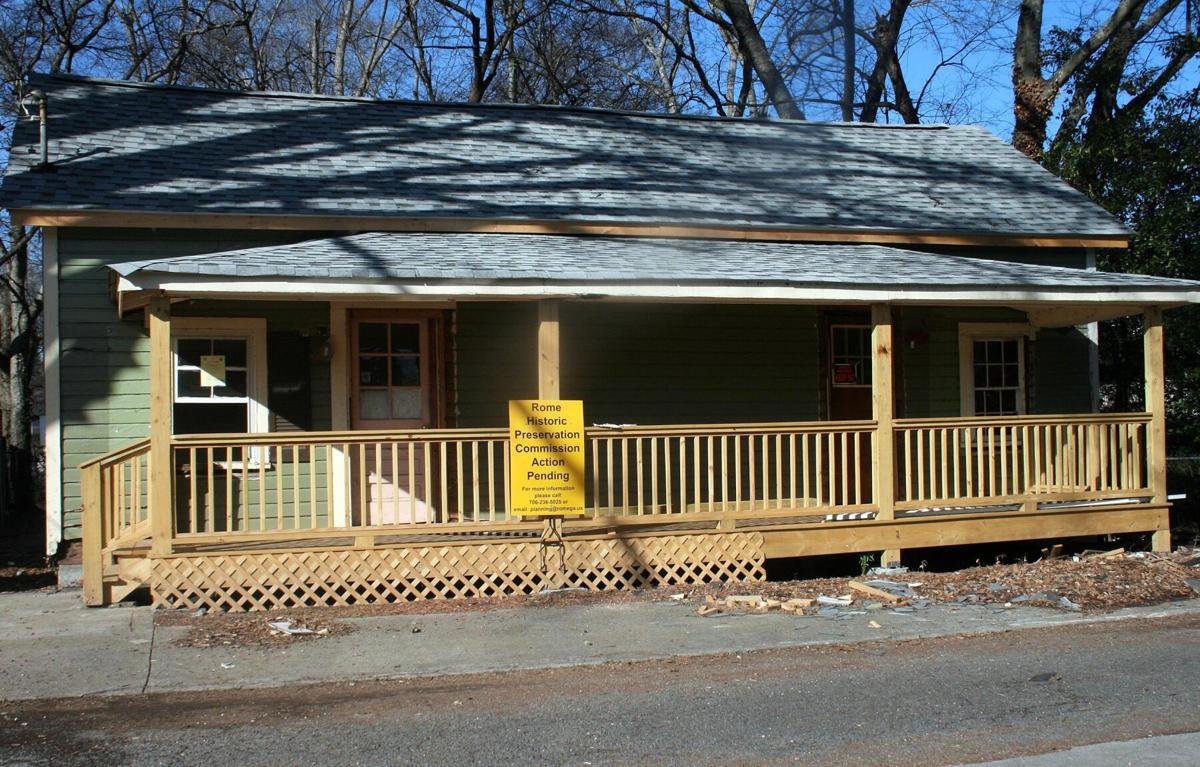 The Historic Preservation Commission approved renovation plans for this home at 603 W. Ninth St. in the Avenue A Historic District.

This is the artwork for the mural proposed for a retaining wall between the Rome-Floyd County Library parking lot and Georgia Power substation on Riverside Parkway.

The Historic Preservation Commission approved renovation plans for this home at 603 W. Ninth St. in the Avenue A Historic District.

Rome’s Historic Preservation Commission has approved plans for renovations to an old building at 603 W. Ninth St. in the Avenue A Historic District.

The building inspection office stopped work on the property because no permits for the work had been obtained.

HPC member Mary Sib Banks brought it to the attention of the commission that the building may be one of the last remaining tenement homes for the old DeSoto Mills plant in that community decades ago.

The property is owned by Trent McMurtrey of Cartersville.

Wayne Wheeler Construction of Acworth is handling the renovations. A representative said the property owner is willing to adhere to recommendations by the commission.

One neighbor, Joel Horton, expressed concerns about paving that goes right from the street to the front porch added on to the house. He said he would take that up with the Rome-Floyd Planning Commission after HPC Chairwoman Beth Dunay said the only jurisdiction the HPC has is with the house itself.

Plans for the house renovations were given unanimous approval.

The HPC also was provided with information about plans to paint a mural on the retaining wall between the Rome-Floyd County Library parking lot and the Georgia Power substation on Riverside Parkway.

HPC member Mandy Maloney expressed some concern that murals might not be allowed in a historic district, or might have some impact on the Main Street designation for downtown Rome.

The HPC does not have authority to rule on the mural, but is permitted a 45-day window to comment on the project.

All five members of the commission seemed OK with the mural itself, but said they want to make sure it does not have a negative impact on the historic designation before painting starts.

Planning Department staffer Brittany Griffin, who was not able to attend the meeting, later said the proposed mural is on government property and is a government project through Keep Rome/Floyd Beautiful and Berry College.

“The (Public) Art Committee was reportedly unaware that the library property is located within the Between the Rivers Historic District when it accepted the application, based on the fact that there is an existing mural already on the library property,” Griffin said. “HPC felt obliged to honor the approval with the understanding that the location for future projects will be further vetted.”

Keep Rome-Floyd Beautiful Coordinator Emma Wells said that if all goes well, work on the mural would start in March.

Trump set to return to the spotlight with CPAC speech

U.S. is 'gravely concerned' by reports of abuses in Ethiopia

Early morning shooting leaves one dead, suspect on the run