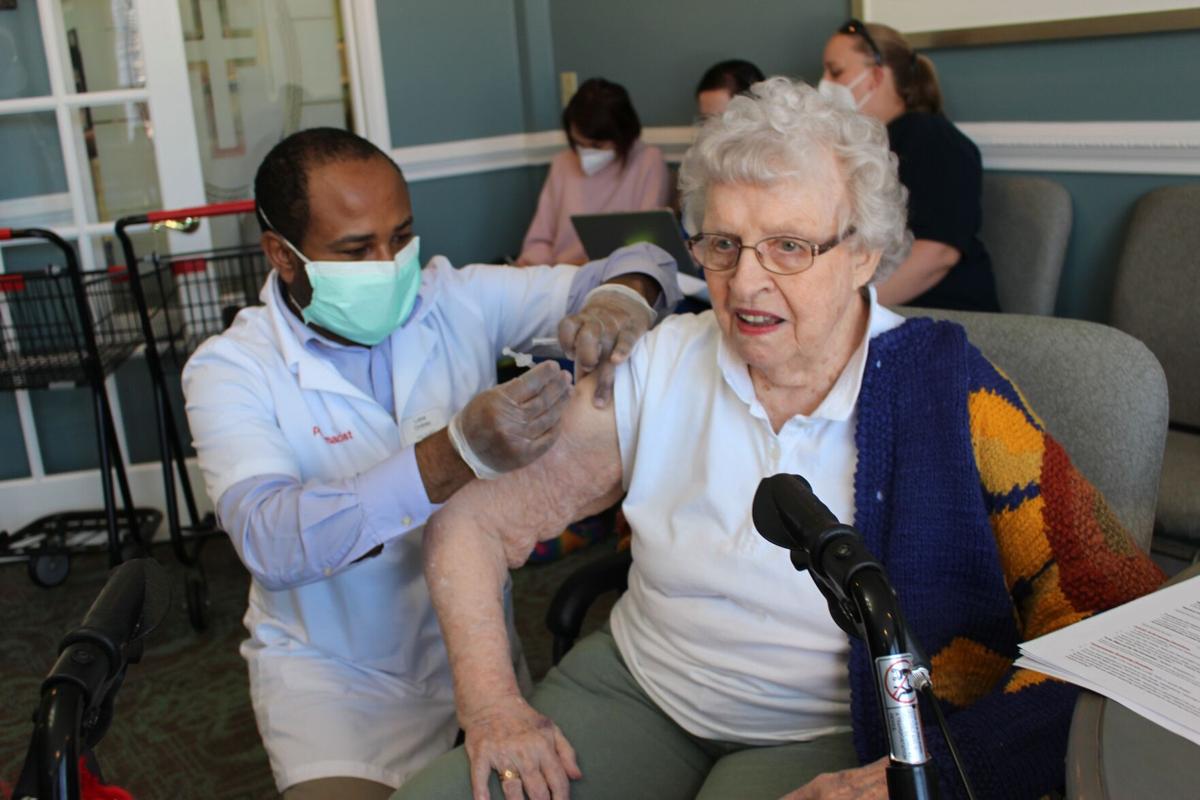 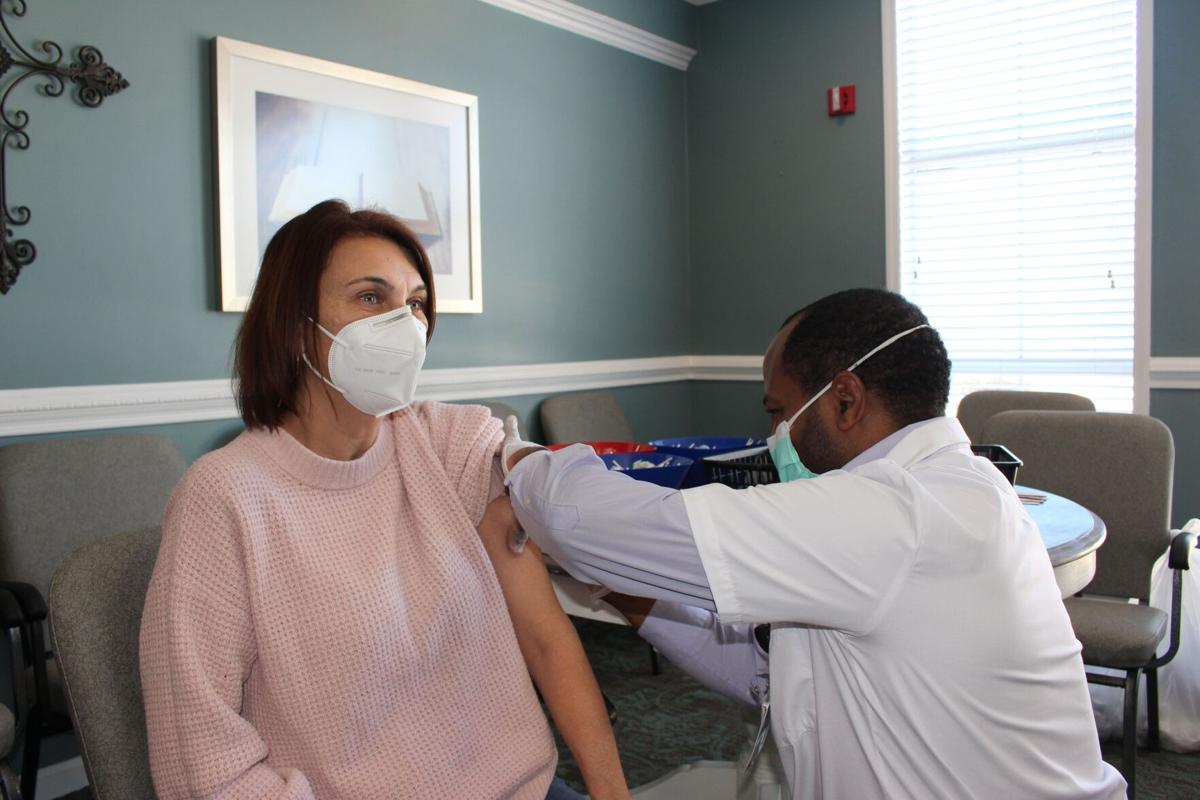 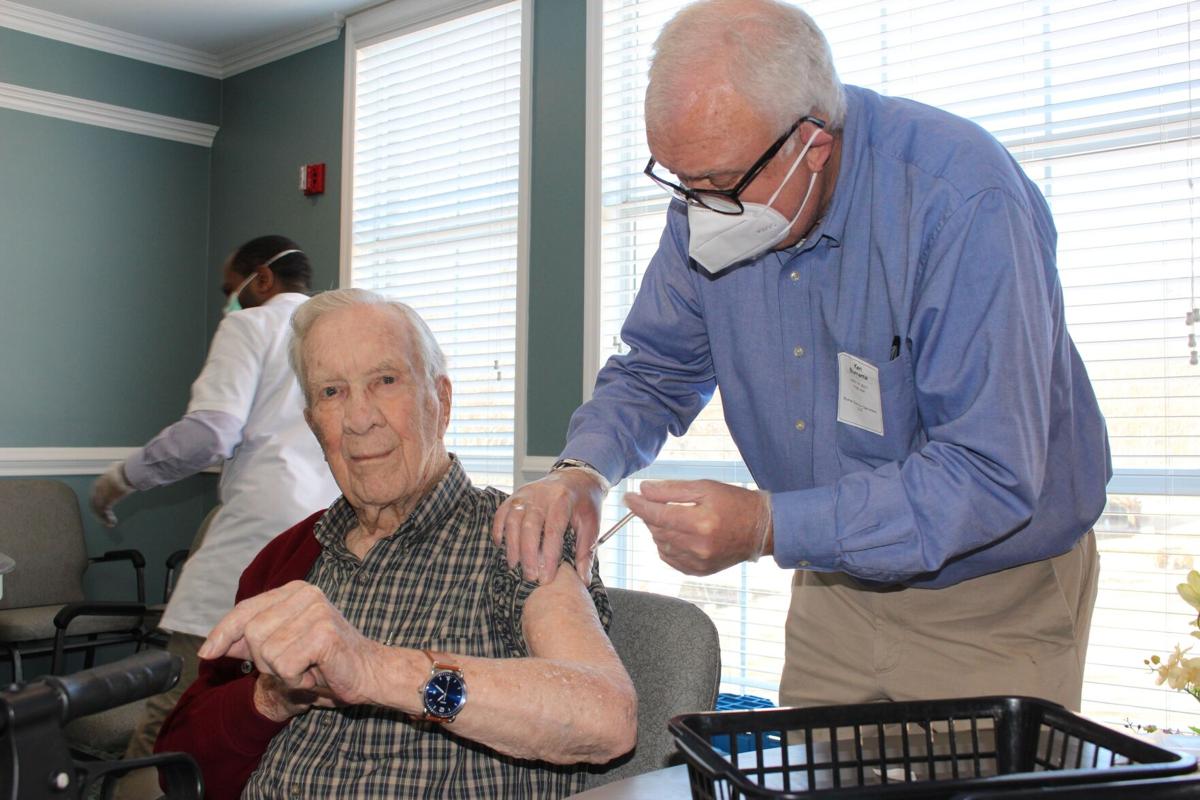 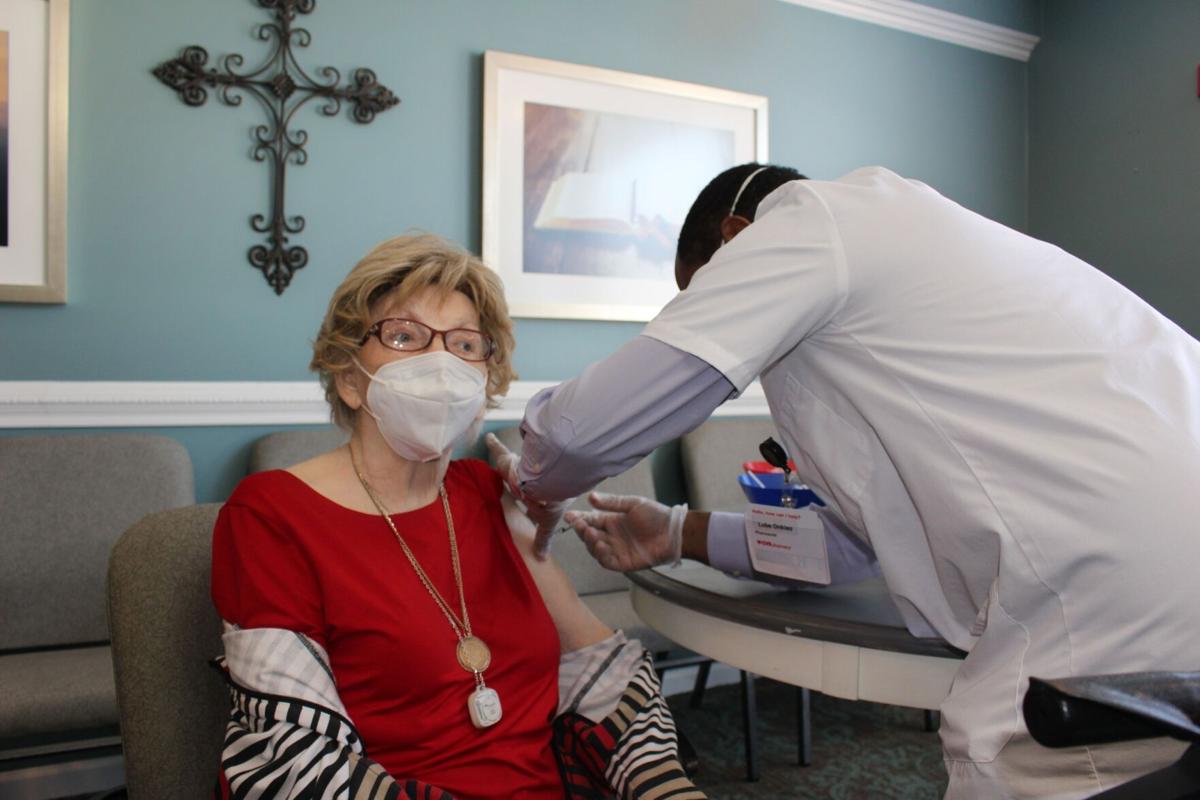 Arlene Carden, who described herself as “52 and glamorous,” receives a COVID-19 vaccine at Renaissance Marquis assisted living facility Thursday afternoon. 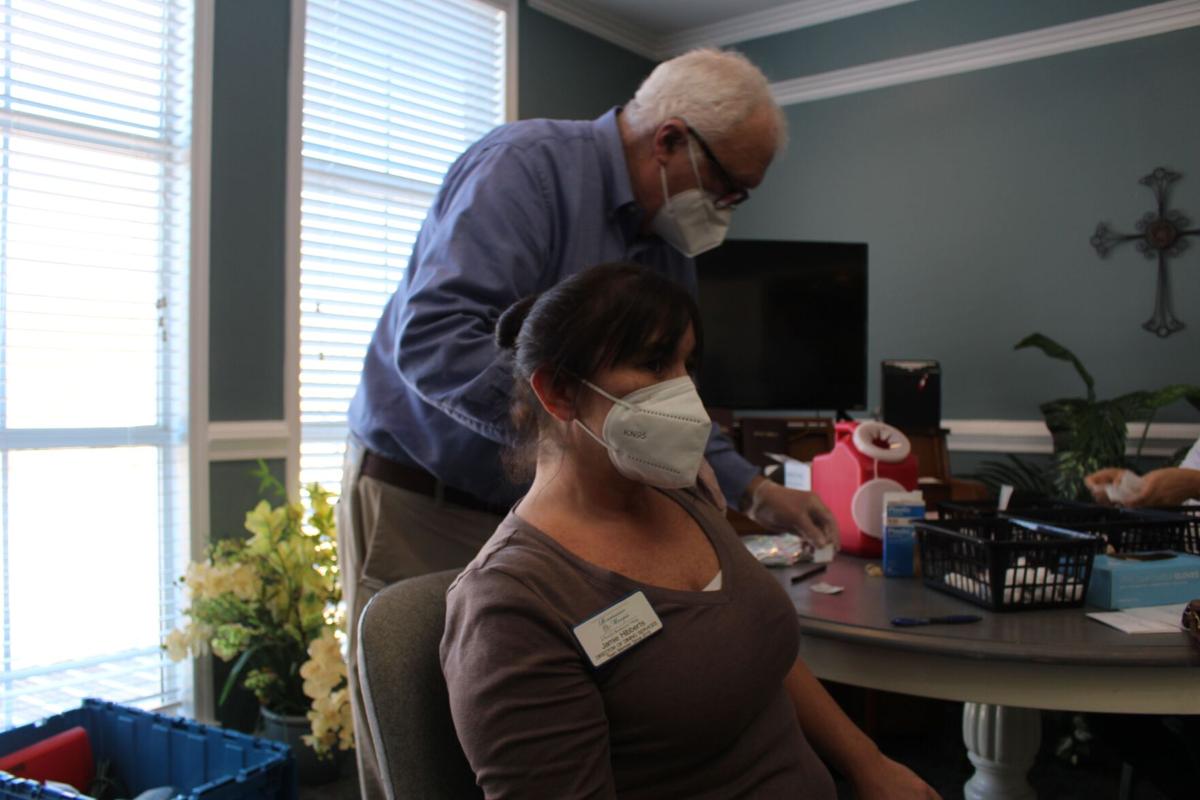 Arlene Carden, who described herself as “52 and glamorous,” receives a COVID-19 vaccine at Renaissance Marquis assisted living facility Thursday afternoon.

The vaccination program in Floyd County continues at a trickle.

Despite an overwhelming response from those who desire to receive the vaccine, local providers have reported regularly that the supply just isn’t there to dispense to all who qualify.

On Thursday, 102 residents and staff at Renaissance Marquis assisted living facility received their first round of Pfizer vaccinations.

While long-term care facility residents were among the first Georgians approved to receive the vaccine, supply has remained an issue.

The rapid expansion of COVID-19 vaccinations to senior citizens across the United States has led to bottlenecks, system crashes and hard feelings in many states because of overwhelming demand for the shots, according to Associated Press reports.

The push to vaccinate long-term care facility residents is part of a federal Pharmacy Partnership for Long-Term Care program with pharmacies CVS and Walgreens.

The two companies have been contracted to administer vaccinations to long-term care facility residents and staff across the country. Those pharmacies are getting their own vaccine deliveries, separate from the Georgia Department of Public Health.

While supplies remain scarce, those pharmacies are expected to return to the Renaissance Marquis within the next two weeks to administer the booster shots.

That same scarcity has affected people recently designated in the 1A-plus category by the state. Gov. Brian Kemp announced those over 65, their caregivers and public safety workers, like firefighters and police, would be in the expanded list, which already included healthcare workers.

Once the state approved vaccinations for those groups, much of the responsibility fell upon local health departments.

The DPH Northwest Georgia District’s online registration portal closed the same day it opened because of the large number of registrations. Similar situations have been reported in other states, where people have had to wait hours to book vaccinations through websites or toll-free numbers.

Over 10,000 people in the local district registered for vaccinations online, but some have reported getting bypassed at clinics by walk-ins.

More than 11.1 million Americans, or over 3% of the U.S. population, have gotten their first shot of the vaccine, a gain of about 800,000 from the day before, the Centers for Disease Control and Prevention reported on Thursday.

The goal of inoculating anywhere between 70% and 85% of the population to achieve herd immunity and conquer the outbreak is still many months away.

Looking ahead, Floyd County officials floated the idea of using State Mutual Stadium as an area for a potential vaccine clinic because of its location, parking availability and the possibility of being used as a drive-through clinic. However, they’re still working out arrangements and nothing has been confirmed, according to DPH Public Information Officer Logan Boss.

Public health officials have described the vaccine delivery as “sporadic” and said they don’t have a way of knowing exactly when vaccines will arrive in the county or how much will arrive.

Boss estimated they’re vaccinating about 1,500 people a day in the district, but there isn’t a concrete number of how many Northwest Georgia residents have been vaccinated. He said he hopes they can find a way to better track the vaccinations in the future.

According to the list, which was last updated Monday, the Floyd County Health Department has received 2,200 doses of the Moderna vaccine.

While both Floyd Medical Center and Redmond Regional Medical Center have primarily focused on vaccinating their employees and medical staff, FMC Public Relations Manager Dan Bevels said they have begun offering vaccines to family members of their staff who are eligible. By doing so, they hope to reduce the risk of exposure for employees.

Georgia ranks near the bottom in immunization rates, the report stated, alongside Alabama and South Carolina.

The White House Coronavirus Task Force report stated that, as of Jan. 8, Georgia had distributed vaccine doses at a rate of 6,474 per 100,000 residents. That’s on par with the national average of 6,667. However, the state has only administered the vaccine to 1.5% of the adult population, while the national percentage is 2.5%.

To find out where you can get the vaccine, you can visit the Department of Public Health’s vaccine locator on their website‘s homepage. You can also call the DPH’s COVID-19 Vaccine Hotline at 888-357-0169.

University of Hawaii requests voting member on stadium board

Arrest warrant issued for suspect in slaying of Yale student

Growing tension in Minneapolis as trial looms in Floyd death

50 Air Fryer Recipes you Have to Try

Live Dr. Seuss readings are coming to your home next week