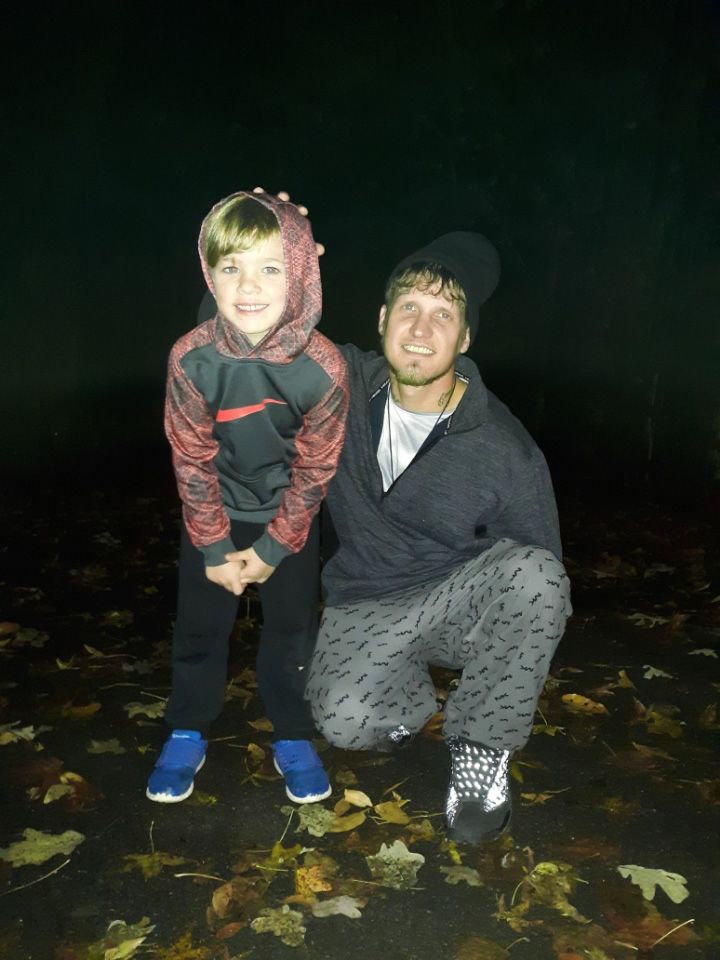 Justin (right), who is working to turn his life around through LivingProof Recovery, was recently reunited with his 5-year-old son Malachi. Justin will be receiving even more assistance getting back on his feet through a new program called No Longer Inc. 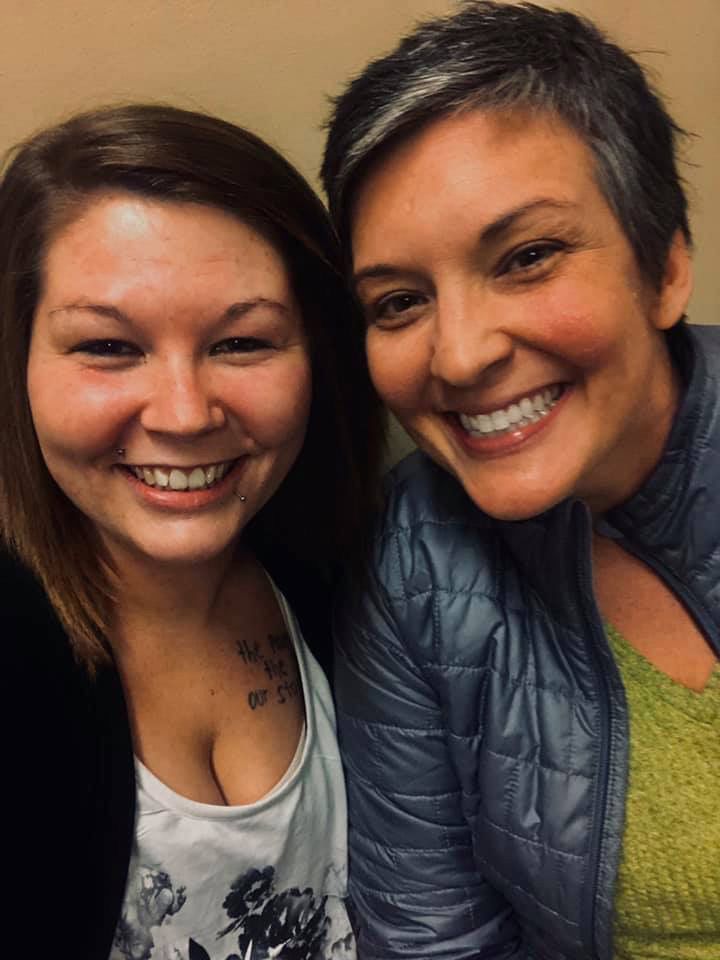 Claudia Hamilton (right), LivingProof Recovery founder and executive director, is all smiles with Kansas, a peer who regained custody of her children with the help of the organization. Hamilton said Wednesday she was “shocked in a good way” when she learned United Way had awarded her new program “No Longer Inc.” with a $40,000 Community Impact Grant.

Justin (right), who is working to turn his life around through LivingProof Recovery, was recently reunited with his 5-year-old son Malachi. Justin will be receiving even more assistance getting back on his feet through a new program called No Longer Inc.

Claudia Hamilton (right), LivingProof Recovery founder and executive director, is all smiles with Kansas, a peer who regained custody of her children with the help of the organization. Hamilton said Wednesday she was “shocked in a good way” when she learned United Way had awarded her new program “No Longer Inc.” with a $40,000 Community Impact Grant.

In this instance we've chosen to not identify the full name of the subject of this story who is seeking to better his life. It's our sincere hope that people who are earnestly attempting to make a change in their lives get every opportunity to do so.

When LivingProof Recovery Executive Director Claudia Hamilton found out her new program to help once-incarcerated men get back on their feet was awarded a United Way grant, she got a little emotional.

“To be quite honest, I was shocked, but in a good way,” said Hamilton, a former addict who devotes her life to helping others recovering from their own traumas and substance abuse struggles turn their lives around.

“I started to cry a little, but then I was just really grateful,” she said. “I was in the presentations with all the other highly-suitable and excellent agencies and I know they’ve had long-standing relationships with United Way. To be recognized and be able to tell our peers they have value in our community is huge.”

The new program taking flight with the new year — thanks to a $40,000, two-year Community Impact Grant from United Way of Rome-Floyd County — is called No Longer Inc. The “Inc.” stands for “Incarcerated,” Hamilton pointed out.

The goal is for No Longer Inc. to help about 10 Floyd County men per year return to the community from county and state detention facilities. These men will already have exhibited consistent strides toward staying clean and moving forward with their lives.

“We might give them a stipend to help them catch up with their rent or pay their utilities or put a down payment on a car,” Hamilton said. “Anything we can do to help sustain their livelihood and avoid homelessness. It’s going to look differently for every person.”

Reducing recidivism, increasing employment of those with felony backgrounds, and increasing adherence to medications for those struggling with a mental health challenge are a few of the other targeted outcomes of the new program.

Those benefiting from the program will be people like former gang member Justin, who had struggled with substance abuse issues and spent more than one stint behind bars.

Hamilton said she’s seen Justin’s attitude and life steadily improve over the past year and she’s excited to be able to offer him additional assistance through No Longer Inc.

“I found him digging in our trash cans and he was stealing from people in our neighborhood before he ended up back in jail,” Hamilton said of Justin. “He got out of jail a couple of months ago and he told me his life had changed. I hear that all the time from people, but he’s been at the recovery center every single day asking how he can help and what group he can lead. He’s now employed and leading a Bible study at our center and he’s just reunited with his young son.”

Hamilton said she’ll now work with Justin to get his driver’s license back and get a car. These goals are similar to those for the once-incarcerated women served by another program launched by Hamilton three years ago known as Next Door.

The difference between Next Door and No Longer Inc. is the former is completely community funded, while No Longer Inc. will be sustained through the grant, Hamilton explained. Next Door also focuses more on finding housing for the women since they are more likely to have children needing a roof over their heads, as well.

For both populations, spending any amount of time behind bars can have devastating impacts.

“They get out and discover they’ve been evicted because they haven’t paid rent and they’ve lost their job and they can’t get their car out of impound,” she said, adding that many of those imprisonments are connected to addictions and crimes that commonly go along with that. “This just makes their lives so much harder than it ever was before.”

For Justin, who also still needs a phone, as long as he stays on the straight and narrow, Hamilton has high hopes for him.

“My goal for him is to stay consistent,” she said, adding the program will work in partnership with the Floyd County Drug Court, homeless shelters, local churches and the National Alliance for the Mentally Ill, among other agencies. “That’s the most important thing for people in recovery.”

Burlingame: Car crashes into tree, killing 2 out of 3 people in vehicle

Why San Jose is resisting pleas for permit parking

CMADA girls' volleyball tournament seedings announced - find out where your team lands in the race for a Central Mass. title

San Jose: Crashes kill 2 people, both standing outside their cars