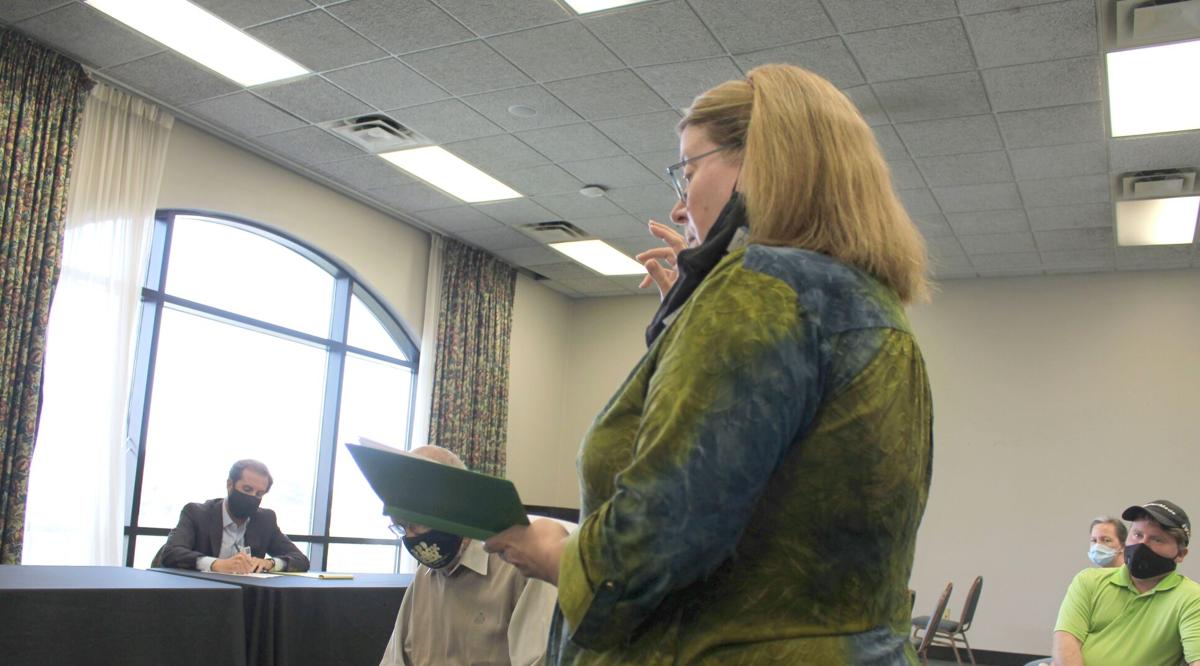 Rome City Commissioner Wendy Davis talks to Floyd County Elections Board members about poll watching at the meeting at the Forum River Center on Thursday. 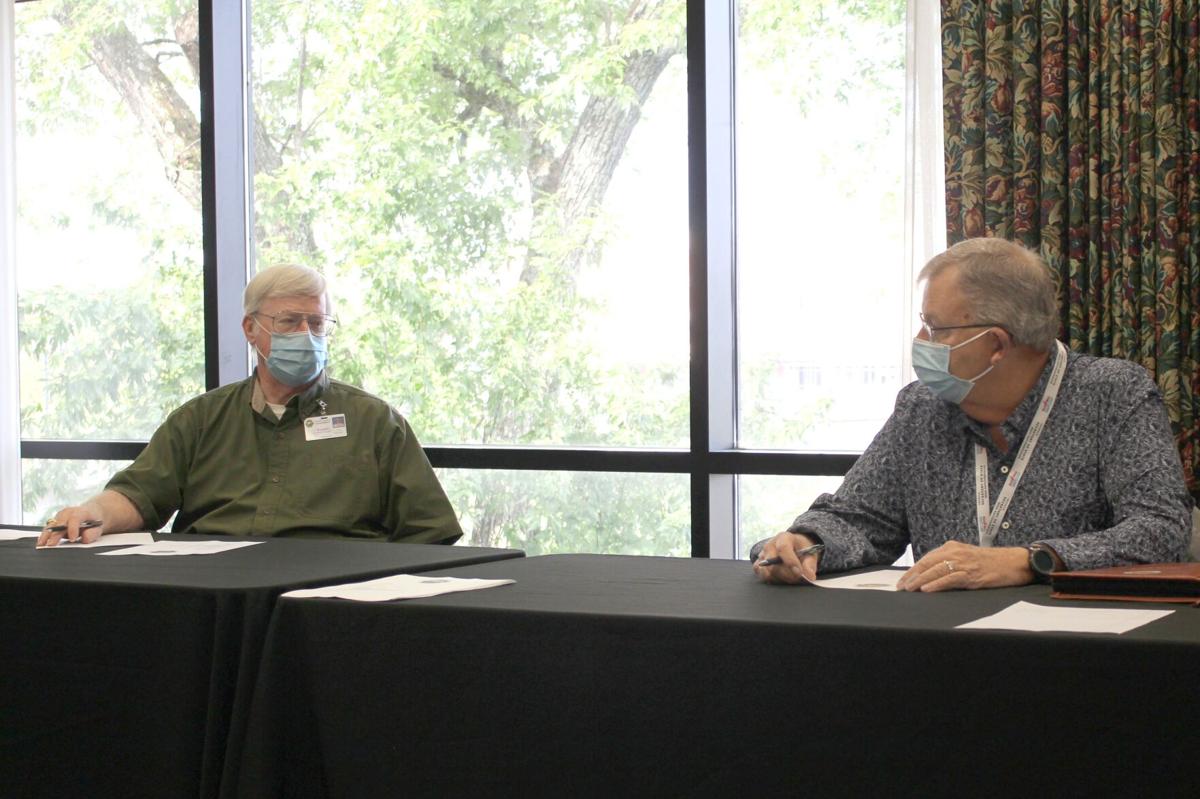 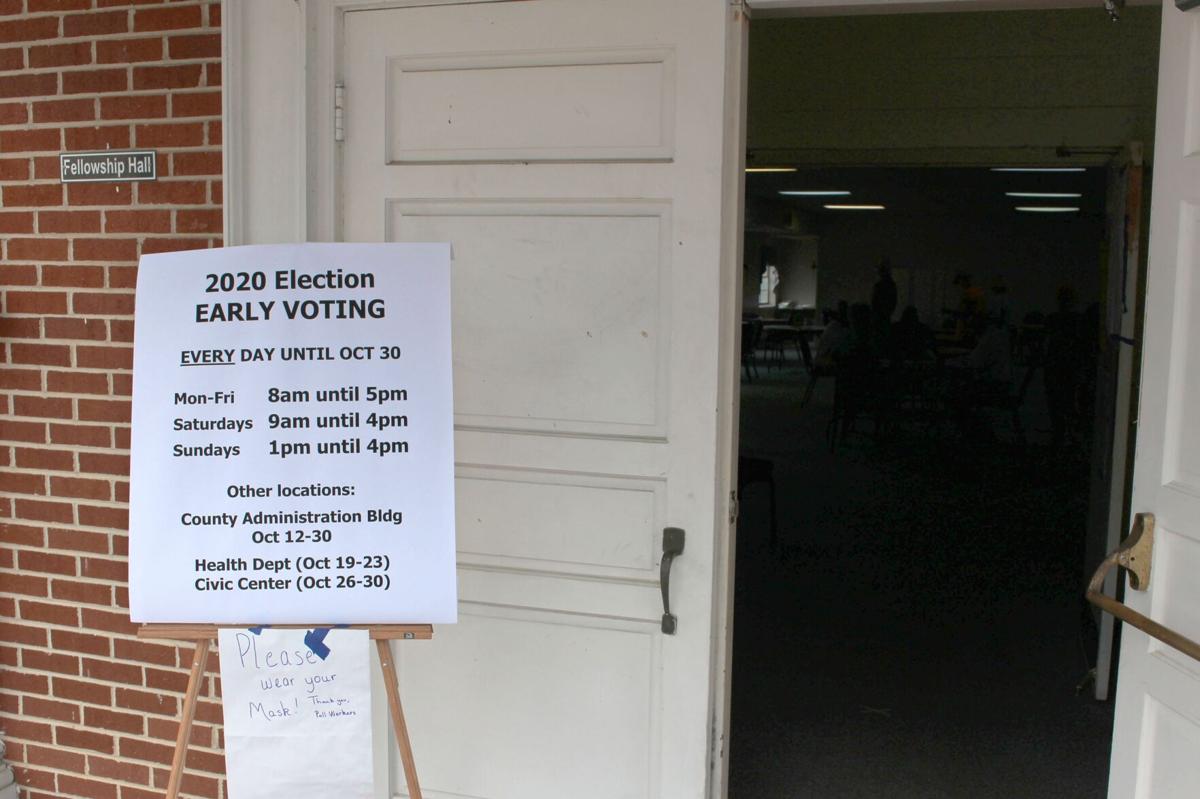 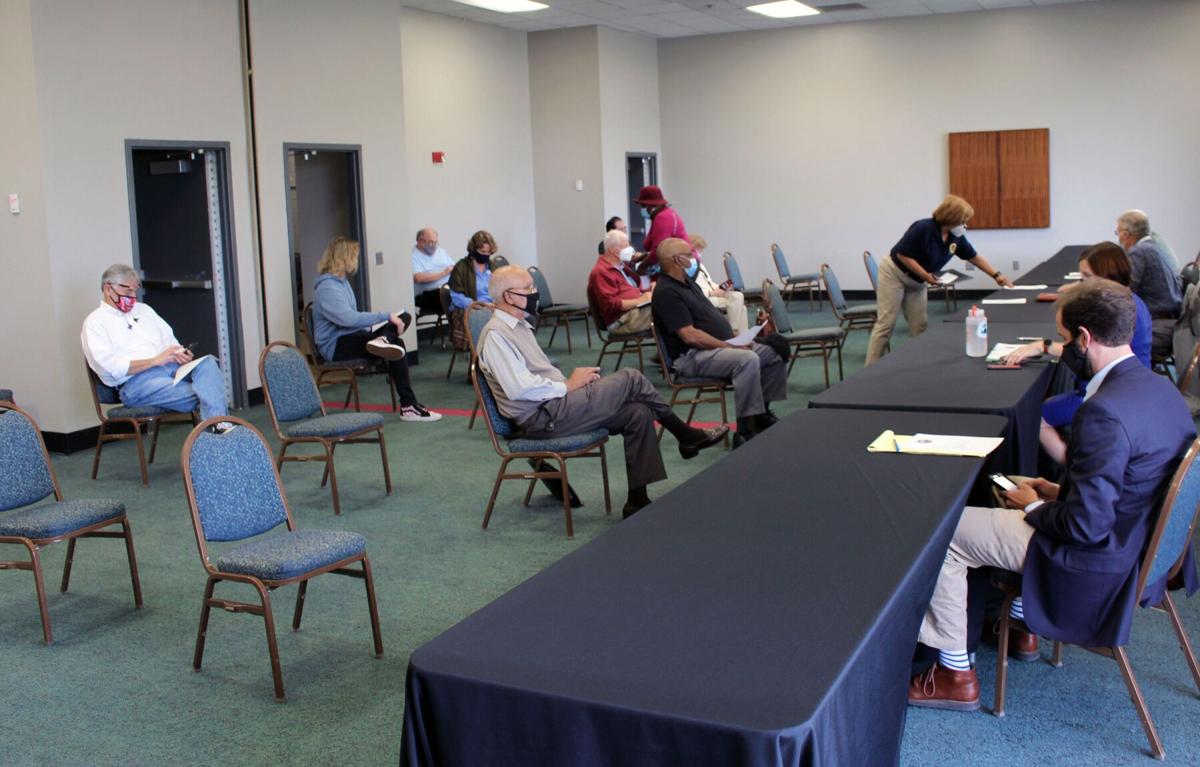 The monthly meeting of the Floyd County Board of Elections took place in the Berry Shorter Room of the Forum River Center on Thursday to accommodate early voting at the Floyd County Administration Building.

Rome City Commissioner Wendy Davis talks to Floyd County Elections Board members about poll watching at the meeting at the Forum River Center on Thursday.

The monthly meeting of the Floyd County Board of Elections took place in the Berry Shorter Room of the Forum River Center on Thursday to accommodate early voting at the Floyd County Administration Building.

The Floyd County Board of Elections has purchased three more ballot drop boxes using money from the $54,924 Center for Civic Life and Tech grant.

They’re not sure yet where the new boxes will be placed, but they’re required to place them in front of a government building with around-the-clock camera monitoring.

The county currently has two boxes — one outside the elections office at 12 E. Fourth Ave. and one outside the Rome-Floyd County Library at 205 Riverside Parkway. Over 700 ballots have already been collected from the drop-boxes.

The remainder of the grant will be used to upgrade technology at the precincts in time for election day on Nov. 3, Chief Elections Clerk Robert Brady said Thursday. The rest will be used for operational and administrative expenses.

Brady also announced that the office will begin opening and scanning absentee ballots on Oct. 22, 10 days before the election. With the large number of people voting by mail there was some concern over whether elections workers would be swamped, similar to the issues that delayed results in the June primary.

Poll workers and residents in attendance inquired whether or not people are required to wear masks when casting a ballot. Those who had already voted said they didn’t see many people wearing masks at the precincts.

Brady said people don’t have to wear a mask to vote, but all poll workers must wear masks and additional masks are available for the voters.

“It doesn’t say anywhere in the Constitution that you can’t vote if you’re sick,” Brady said.

The issue, community member Larry Morrow said, is that Rome has an ordinance requiring masks to be worn within government buildings. One of the early voting precincts is at the Floyd County Administration Building.

He also said the Georgia Secretary of State’s office had a long debate about this and they determined they can’t enforce masks at precincts.

Lucas Baker, a poll worker, pointed out that voters aren’t allowed on the premises if they’re wearing campaign shirts or hats and asked why the same can’t be done about masks.

Elections Board members Melanie Conrad and John Scott Husser said they’ll bring the matter to the Rome city and Floyd County attorneys for them to determine the best course of action regarding masks at the precincts.

In the morning, there was almost no wait at either Garden Lakes Baptist Church, 2200 Redmond Circle, or the county administration building at 12 E. Fourth Ave. downtown.

By lunchtime, lines got a bit longer, but people coming out reported wait times of up to 30 minutes — a significant improvement from multi-hour wait times earlier in the week.

Next week, the Floyd County Health Department at 16 E. 12th St. will also be open as a third location for early voting. Hours are from 8 a.m. to 5 p.m.