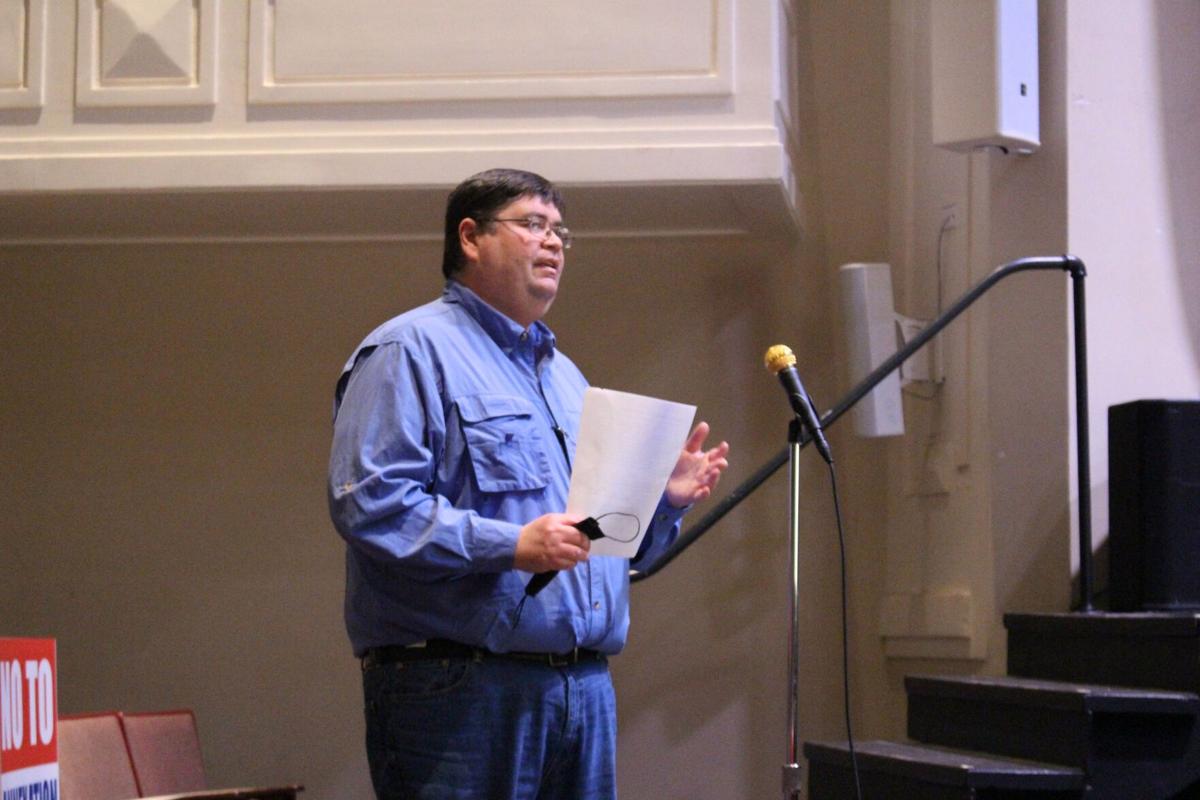 Ron Swinford, dubbed the spokesperson for Celanese, explains to city commissioners and the Rome Redevelopment Committee why the community opposes annexation. 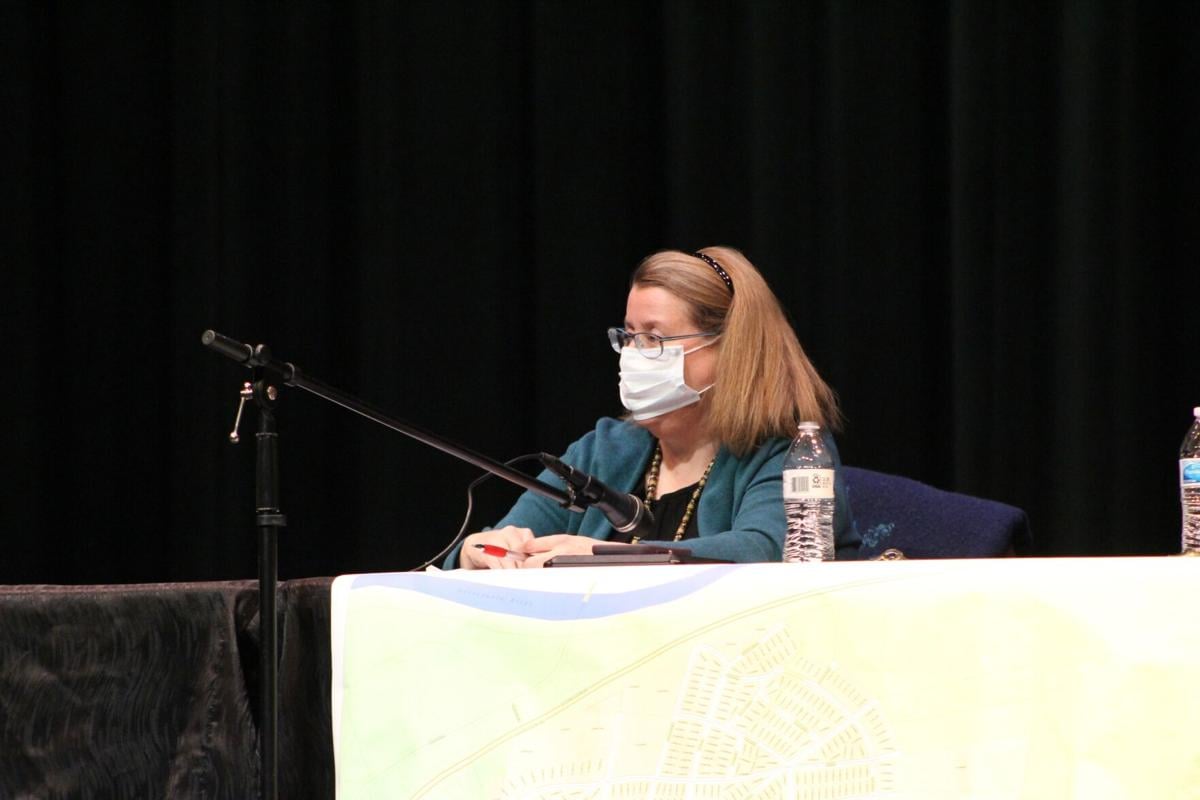 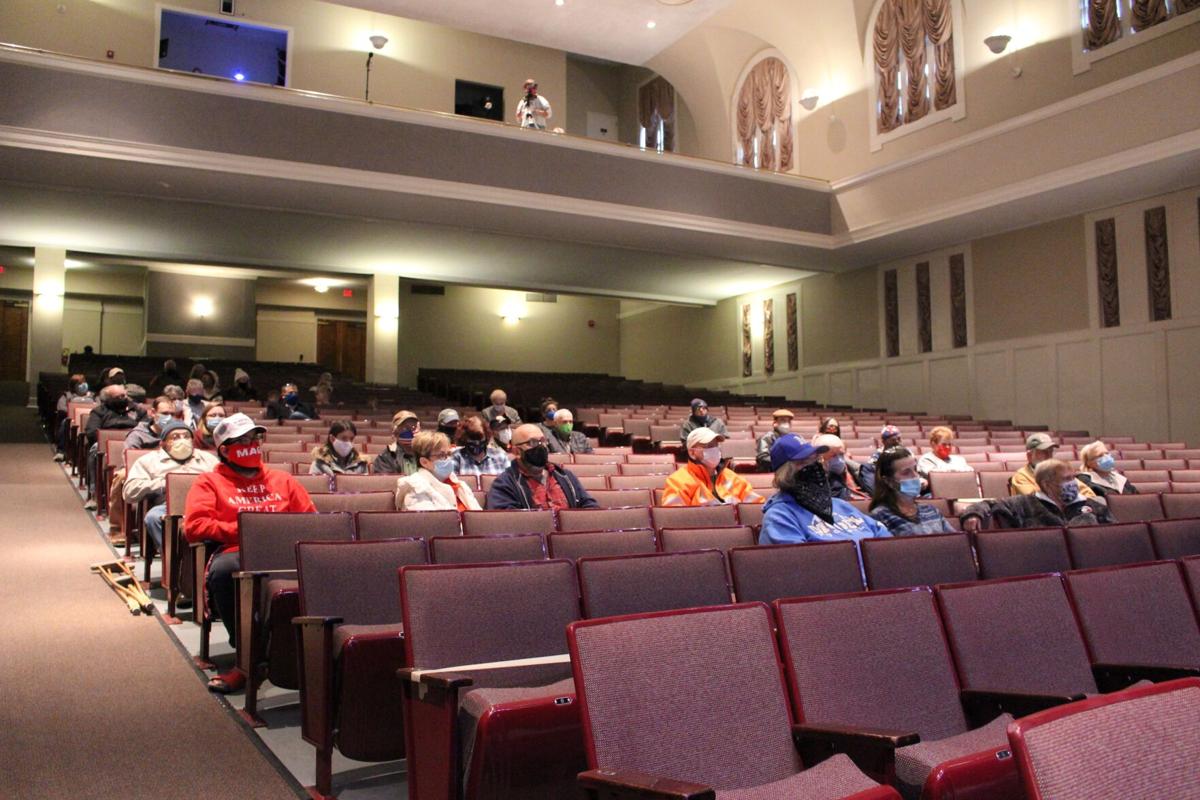 A crowd of Celanese residents and property owners listen to speakers at the Rome Redevelopment Committee’s annexation discussion Tuesday night. 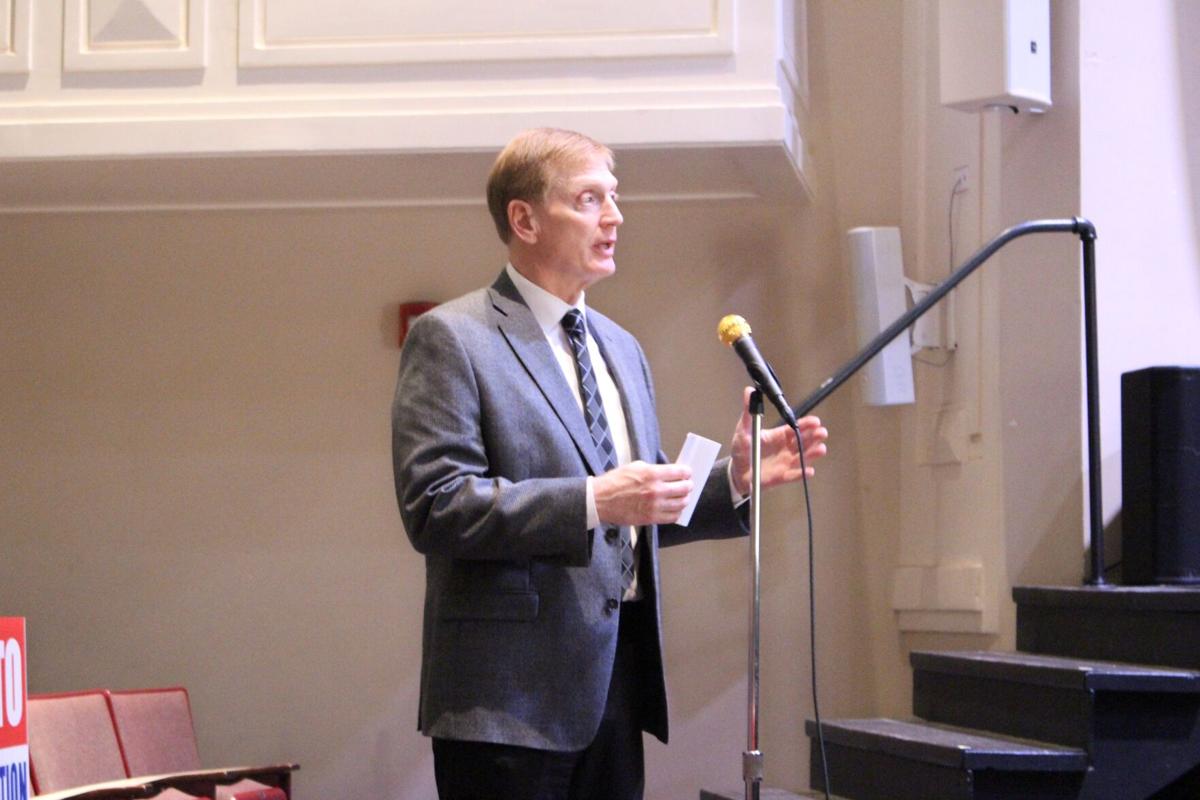 Floyd County Schools Superintendent Glenn White makes his argument to the Rome Redevelopment Committee on why annexation would harm his school system. 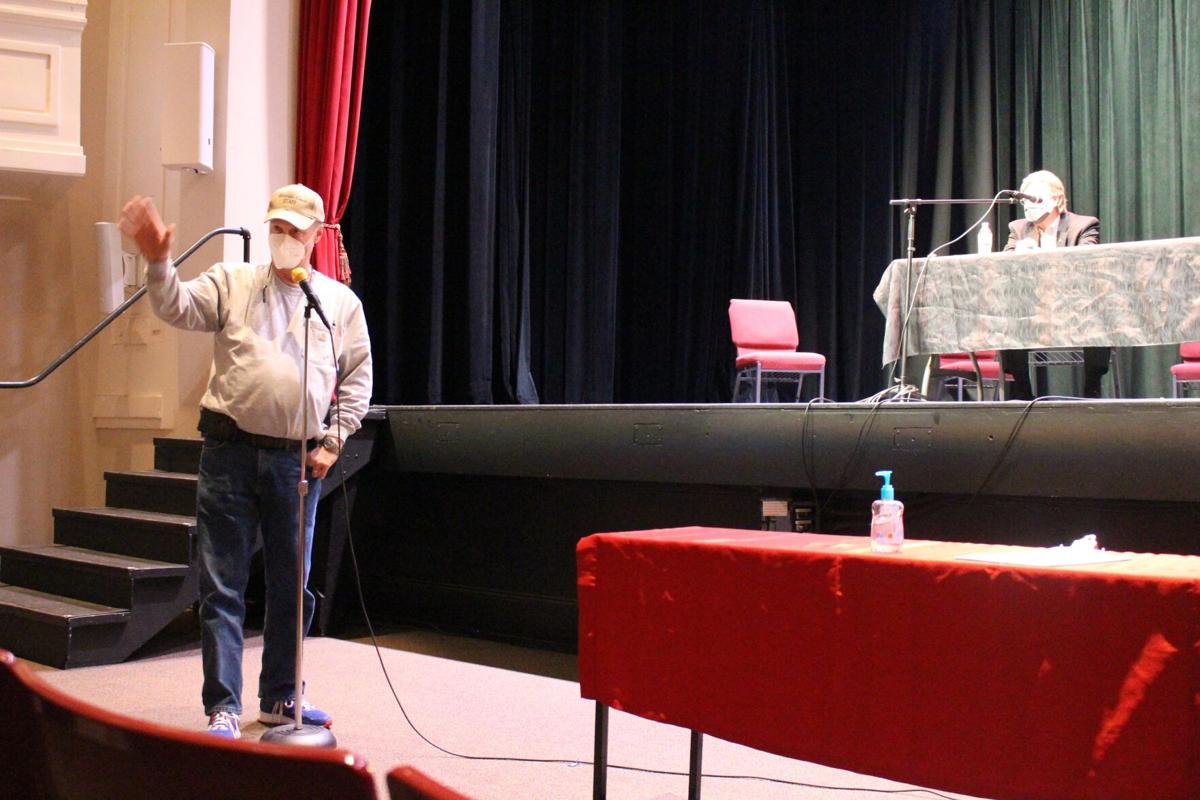 Celanese resident Barry McCollum asks the crowd to stand if they are in opposition to annexation. 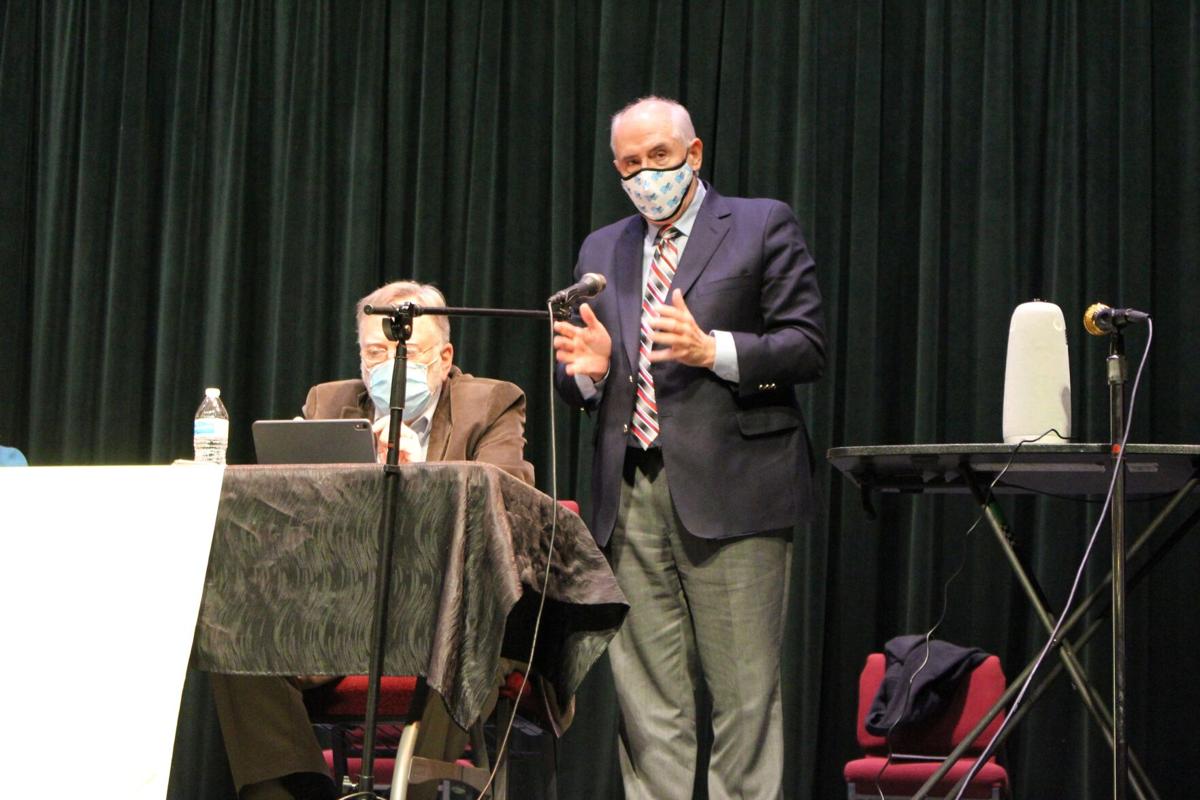 Ron Swinford, dubbed the spokesperson for Celanese, explains to city commissioners and the Rome Redevelopment Committee why the community opposes annexation.

A crowd of Celanese residents and property owners listen to speakers at the Rome Redevelopment Committee’s annexation discussion Tuesday night.

Floyd County Schools Superintendent Glenn White makes his argument to the Rome Redevelopment Committee on why annexation would harm his school system.

Celanese resident Barry McCollum asks the crowd to stand if they are in opposition to annexation.

School systems, property taxes, garbage pick-ups and community history were all topics brought up at a forum on Celanese/Riverside annexation plans.

A large crowd of residents and property owners, as well as members of the Floyd County Board of Education and County Commission, turned up to discuss the possibility of the city of Rome annexing the neighborhood.

While only a handful of people spoke, the crowd was mostly in agreement: they want to remain in the county.

Before starting the public discussion portion, City Commissioner and Redevelopment Committee Chair Wendy Davis went over some of the benefits the neighborhood would see if it were a part of the city.

Davis and the other city commissioners confirmed that they had no intention to forcibly annex the neighborhood, but they would like to show how living in city limits could benefit them.

“I just ask that you have an open mind and listen, because there are properties over there that could save money every year and there are some properties that can’t,” City Commissioner Jim Bojo said.

When looking at the borders of the county and city, you can see there are a few county islands within Rome.

“There are a number of islands that are sets of property that are unincorporated, but they are surrounded by the city,” Davis said.

Annexation would bring garbage, recycling and yard waste pickup service to the neighborhood — one of the bigger benefits. Currently some residents either pay around $15 a month for a private service or they haul their own garbage to the landfill.

The downside is property taxes would likely increase.

Calculating water, sewer and property tax rates: Davis presented the changes to a selection of properties, which averaged out to around a $160 increase. Residents would also have representation on the City Commission and be able to vote in city elections.

While closing her argument, Davis said she and the rest of the commissioners don’t want any kind of power grab or money grab, but if they do, it’s a “community grab.”

Floyd County Schools Superintendent Glenn White said the Model school district has a 60- to 70-year history with the Celanese community.

White estimated there are about 90 to 100 students in the community currently and while the school system could still retain those students, they would still lose $300,000 in property taxes in that area.

He described that financial hit as “detrimental to the financial stability of the Floyd County school system.”

Over the last eight years, the school system has had a drop in enrollment due to multiple reasons, but annexation could hasten the decline.

“We want to keep those children and those families in our school district,” White said.

Ron Swinford, who owns several properties in the neighborhood, spoke for over 20 minutes in opposition of annexation.

He’d done his own math, he said, and doesn’t believe there would be much savings.

Calculating his property tax price difference, the increases ranged from $48 to $255. For all of his properties total, he said, he would pay an increase of $1,400.

“I don’t really think that saving is really there,” he said. “If you’re going to come up with a formula like that, you have to have the right numbers.”

Resident and property owner Blakely Hall said he moved to Celanese for the less expensive property taxes and doesn’t want to go back into the city.

At the end of the meeting, resident Barry McCollum prompted the crowd to stand if they don’t want to be annexed into the city, and almost the entire crowd stood and clapped.

“Look at the number of people here who showed up here during a pandemic,” Swinford said. “We’re not interested, thank you very much.”