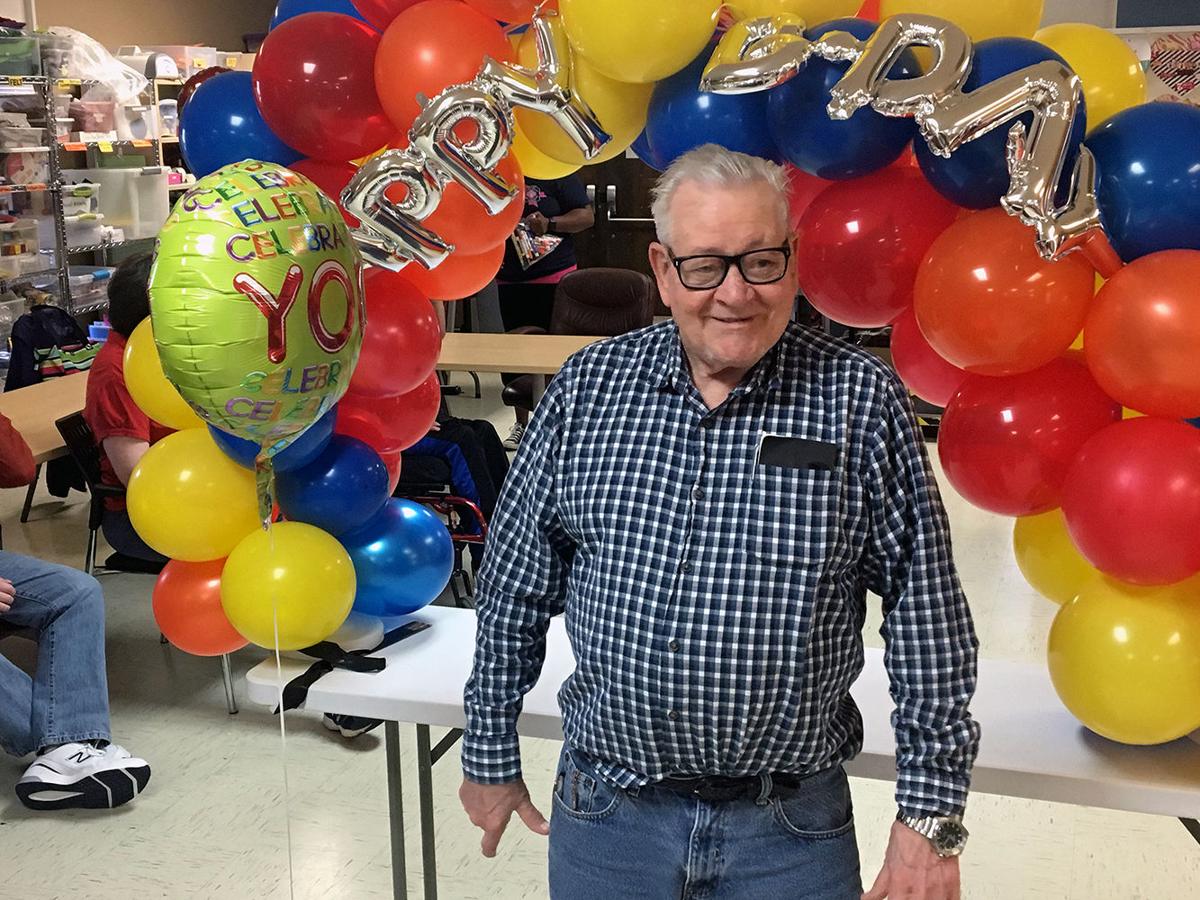 Leonard "The King" King celebrated his 80th birthday with other clients at Network Day Service Center in Rome Wednesday. King, who has been a client at the center for 19 years, is the oldest client being served by the facility. He still works four days a week. / Doug Walker 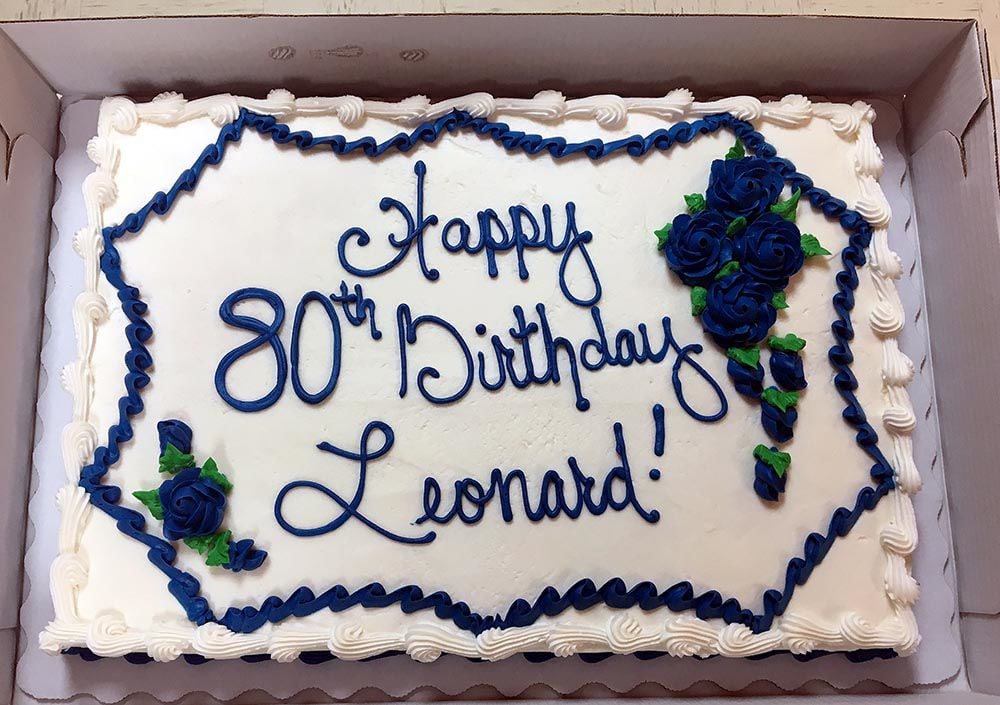 A big birthday cake greeted 80-year-old Leonard King at Network Day Service Center where he has been a client for the past 19 years. King is now the oldest client at the facility which serves the developmentally disabled in the Rome area. / Doug Walker 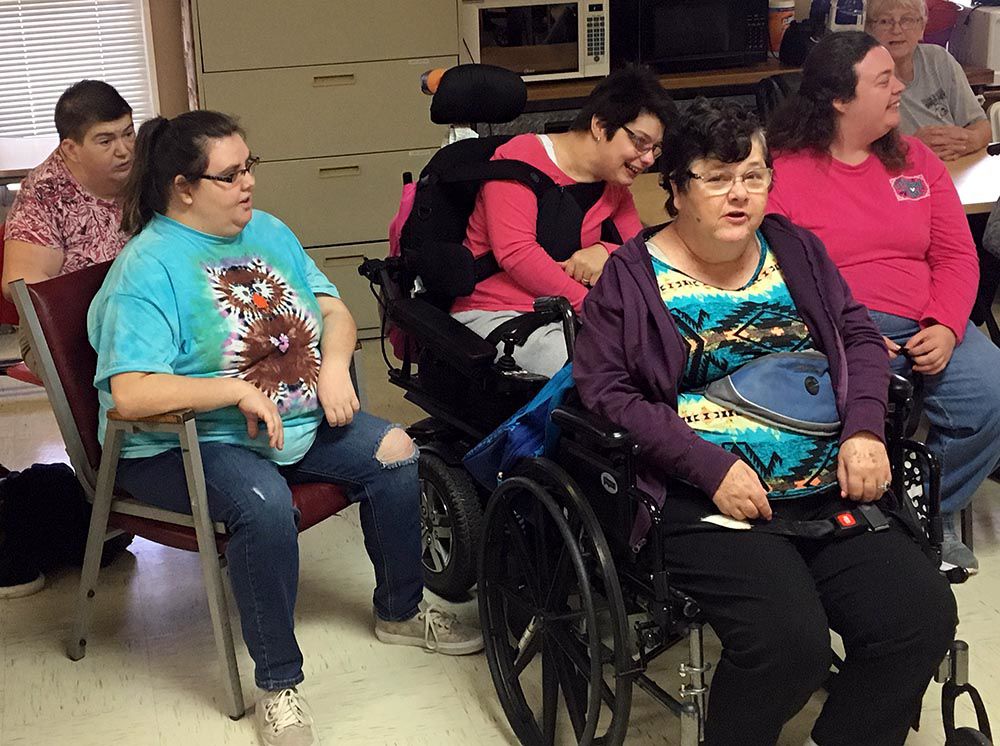 Leonard "The King" King turned 80 years old Wednesday and told his friends and co-workers at the Network Day Service Center that he has no plans whatsoever for retirement.

King is the oldest client at the center at 402 W. 10th St., which has served the developmentally disabled in the greater Rome area for the past 19 years. Center Executive Director Jenny Shealy said she looks forward to seeing King's smiling face every day.

King said the thing he enjoys the most at the facility is the chance to go to work four days week. He works at a local warehouse and church. King is proud of his work packing little packets of condiments, usually mayonnaise, for a local food service company.

"At the church I wipe tables and check on book racks and pick up the trash," King said while smiling from ear to ear.

“He's just an awesome gentleman, always very kind and still works four days a week. He's always just smiling," Shealy said. When making plans for the party at the center Wednesday afternoon with King's caregiver sister, Shealy said the sister told her if for some reason or another she can't get him to the center on any given day, that he's really upset about missing his work.

The center had a massive birthday cake and brought all of its clients in for a big celebration to honor King during the lunch break Wednesday.

Column: Newsom recall is serious — and may turn bizarre

CDC declares racism a public health threat. Researchers weigh in on why.

Faith leaders across US join in decrying voting restrictions

How will Cleveland Indians react after having their souls singed in Saturday’s loss?

Five places around the Lehigh Valley to get out and walk

Cash and cabs: Bigger ideas are needed to save yellow taxis