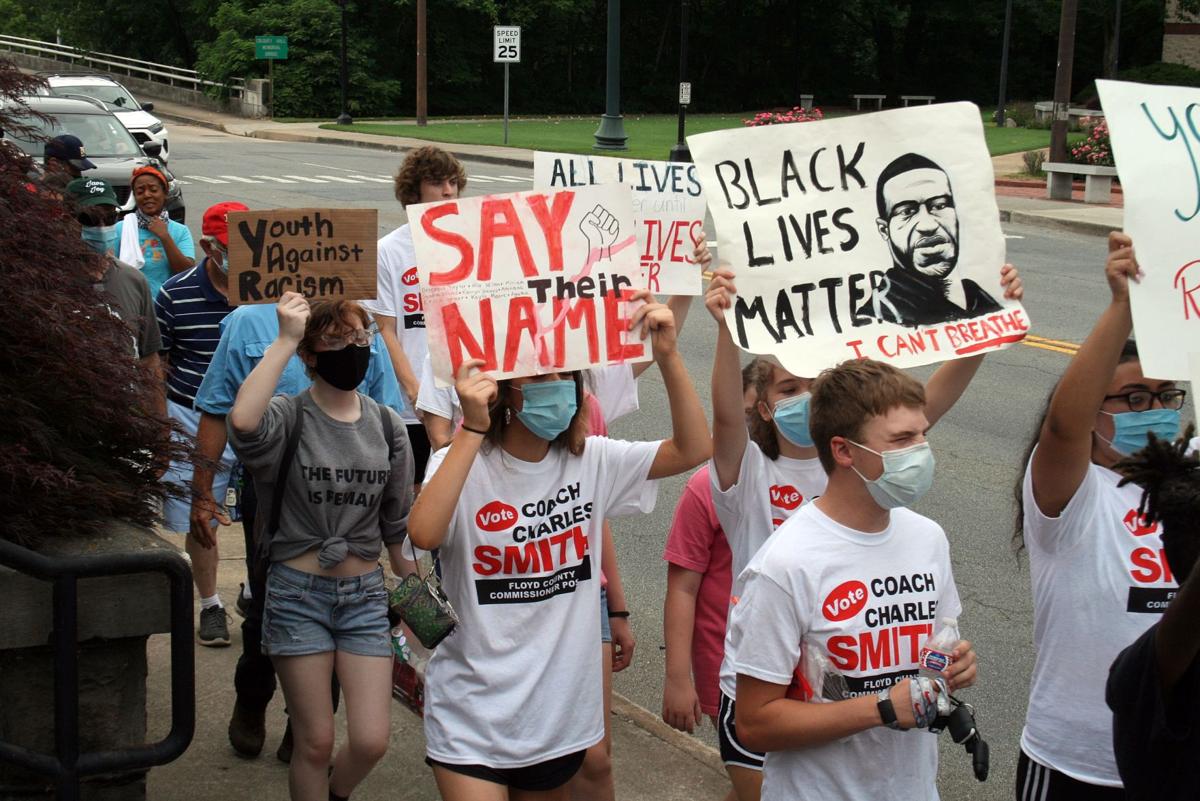 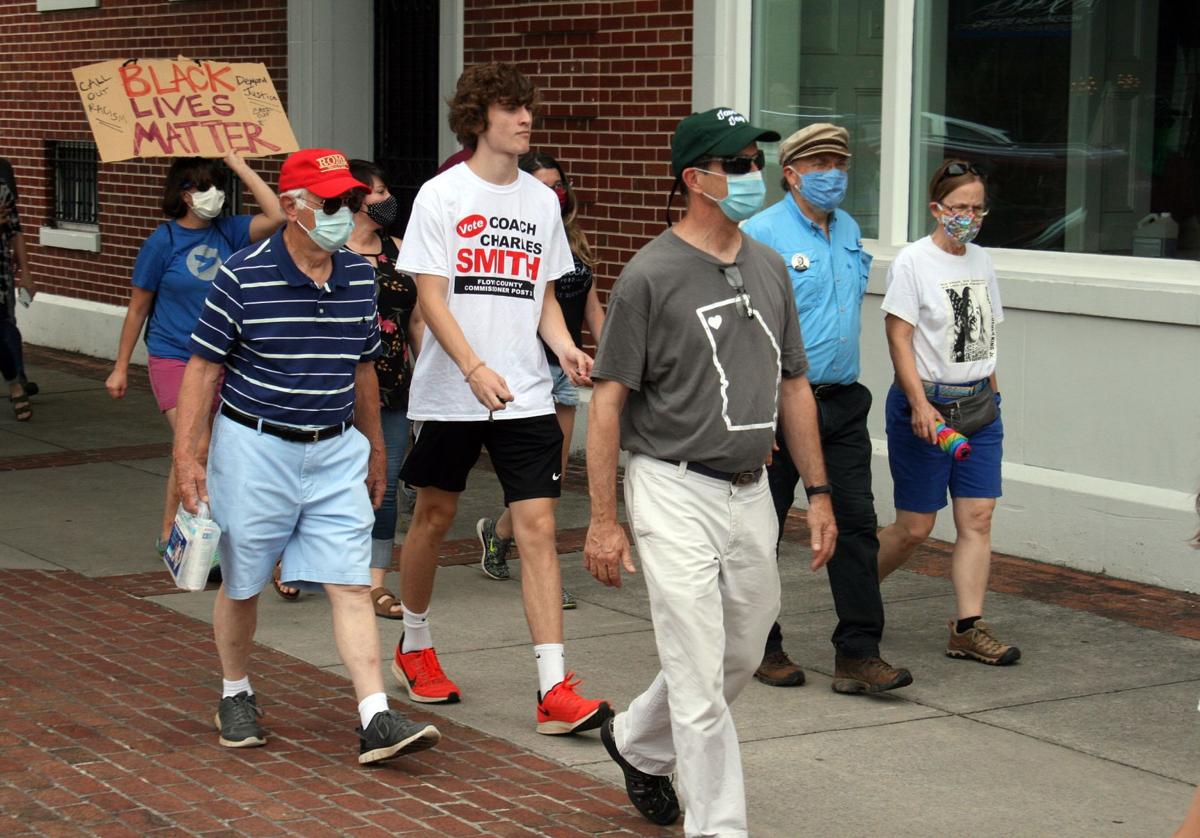 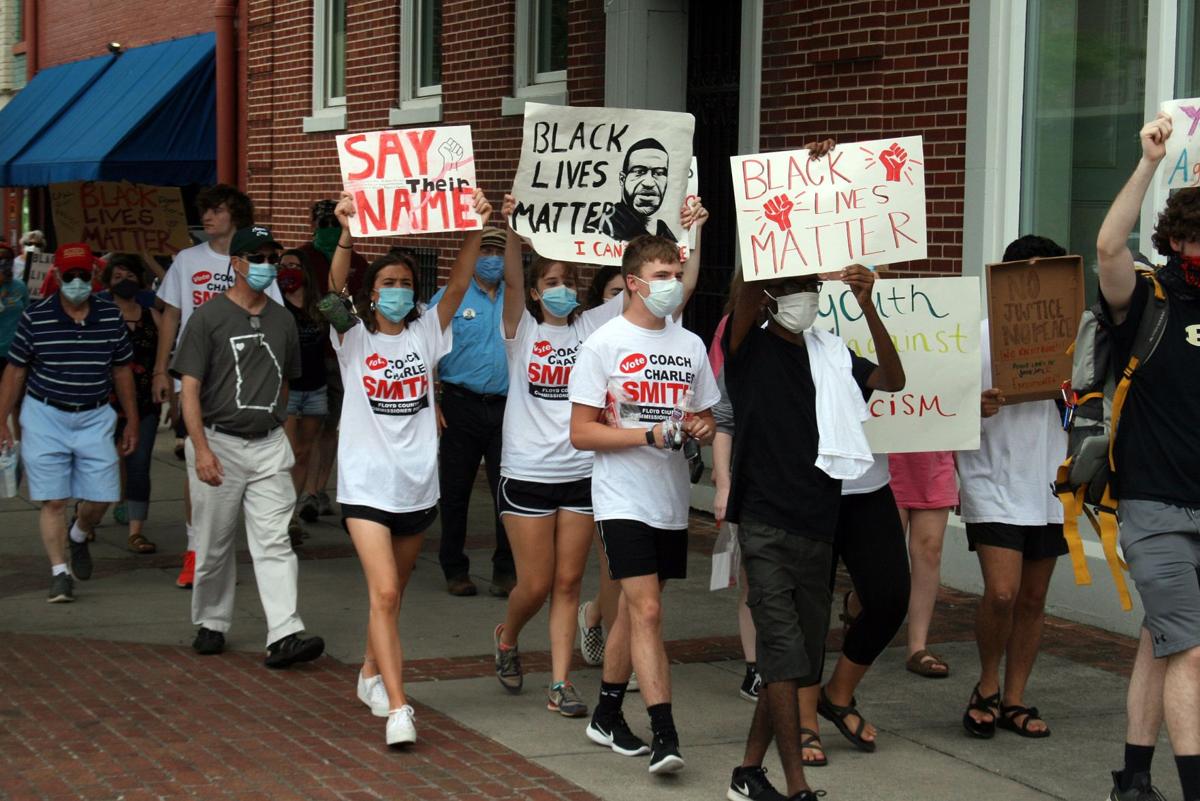 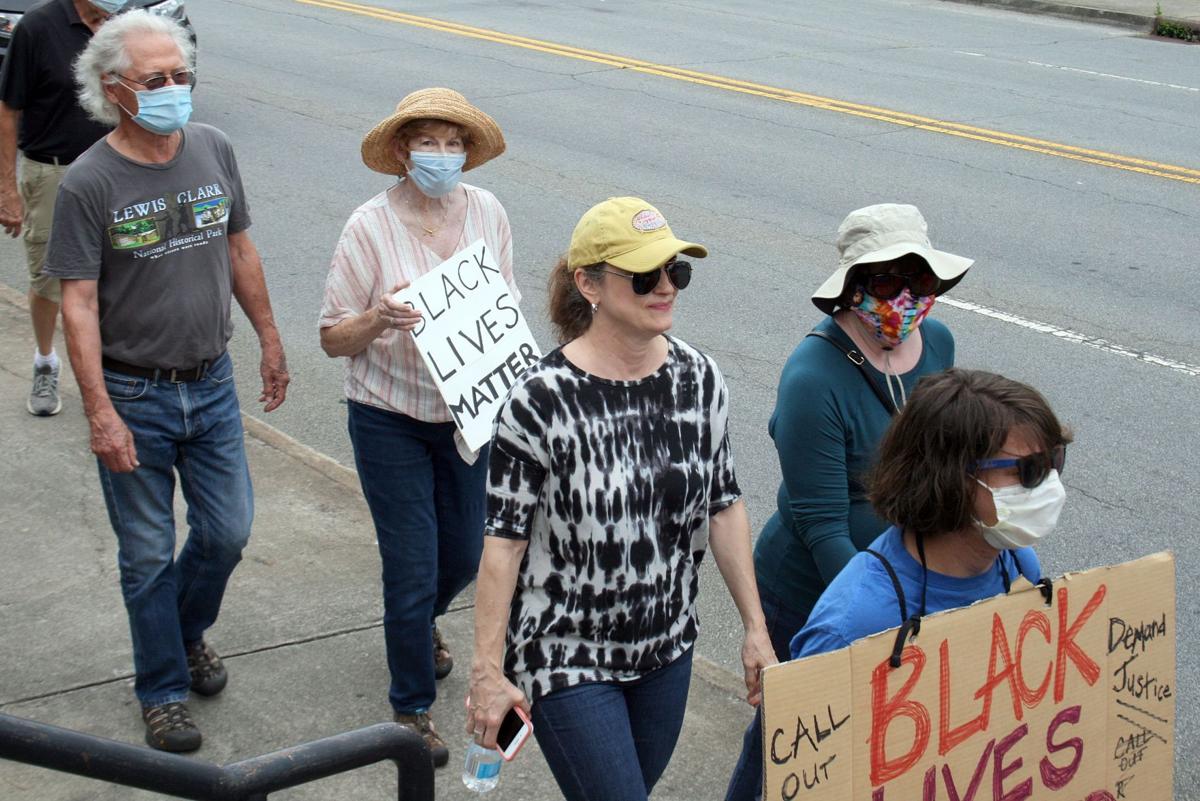 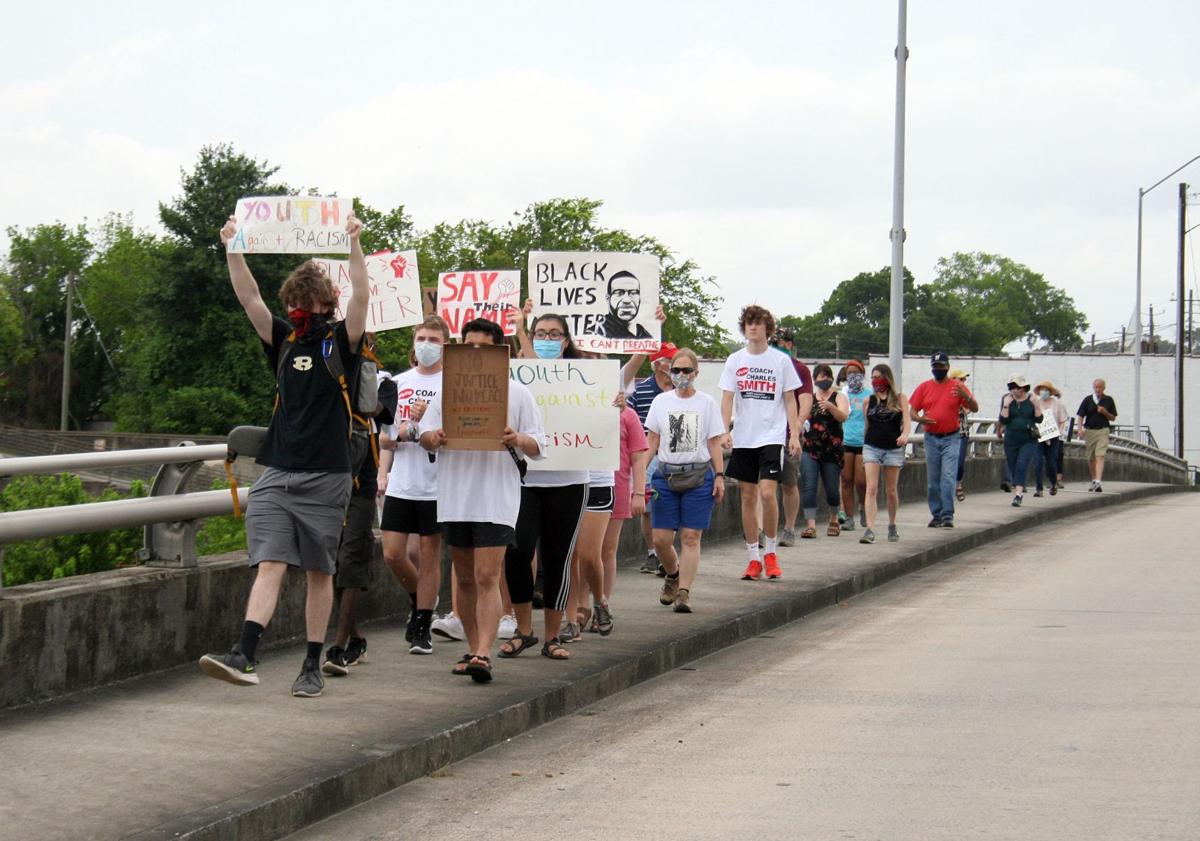 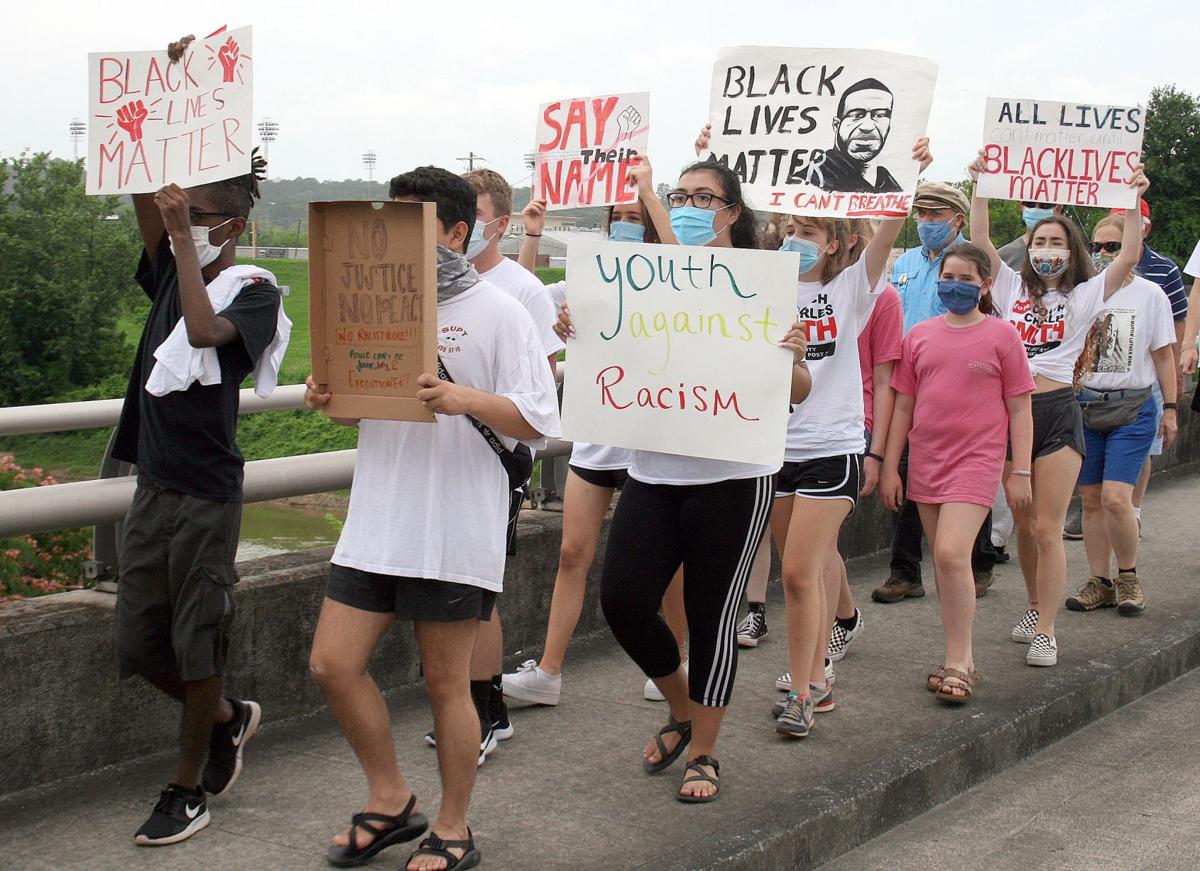 Students march across the Fifth Avenue Bridge during a march calling for racial justice and equality in Rome on Saturday. The primarily student-led march drew applause from sidewalk diners after they reached Broad Street.

Students march across the Fifth Avenue Bridge during a march calling for racial justice and equality in Rome on Saturday. The primarily student-led march drew applause from sidewalk diners after they reached Broad Street.

The marchers drew applause from some of the people who were enjoying an early dinner in sidewalk cafes in front of several Broad Street restaurants.

Carson Glass who organized the rally, said he knew about racism but never had an idea as to how much of a problem it remains today.

Glass said his mother told him that she could never imagine being a black parent and having to tell a child that some people were not going to like the child simply because of the color of the his or her skin.

Keith Diamond joined the student-led march because he’s had enough of the injustice that has been witnessed recently.

“We’re making sure that this is going to stop right now,” Diamond said. “The younger generation is not having it.”

“We are not ashamed and we’re not embarrassed to say this is a problem,” said Emily Duarte, who is of Latino heritage. “It’s a big problem and we need to fix it.”

Duarte said she wished some more people had turned out for the march and said that many in the Latino community are supportive of the Black community in the current movement.

“Both communities have been oppressed for a long time,” Duarte said.

Rome First United Methodist Pastor Robert Brown said the youth and people of Rome want to be an example of how communities can come together and live together in peace and harmony.

State Fair of Texas cancelled due to COVID-19

AMERICA DISRUPTED: Troubles cleave a nation, and a city

Biden wants US to produce more of its own pandemic supplies