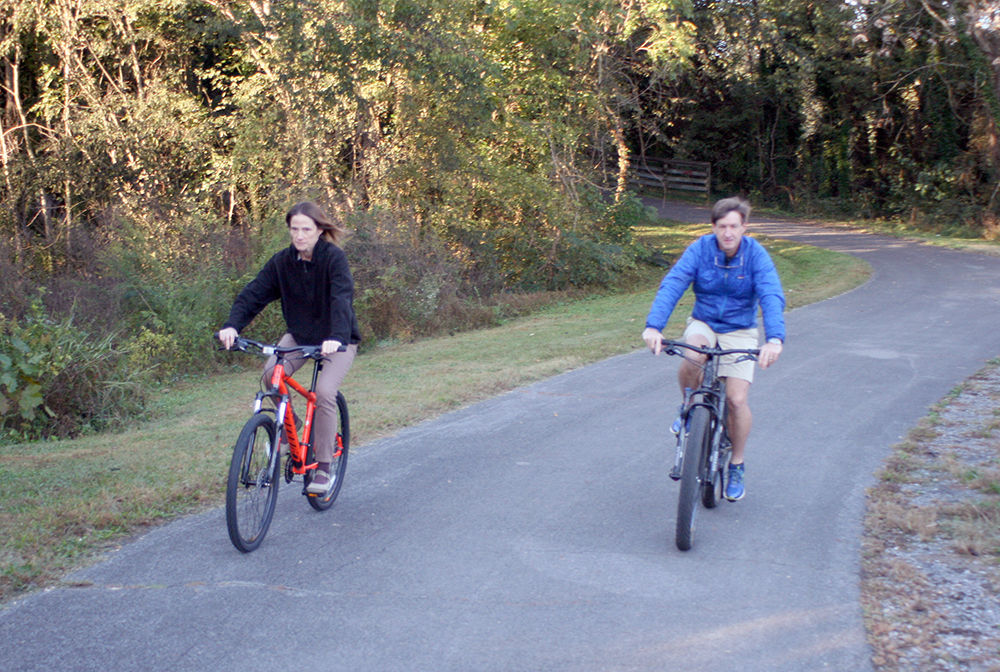 Julie Smith, left, and Harry Brock emerge near the Fourth Street trail head for the existing Silver Creek Trail. The proposed trail extension project on the 2017 SPLOST is at the East 12th Street end of the trail. (Doug Walker, RN-T) 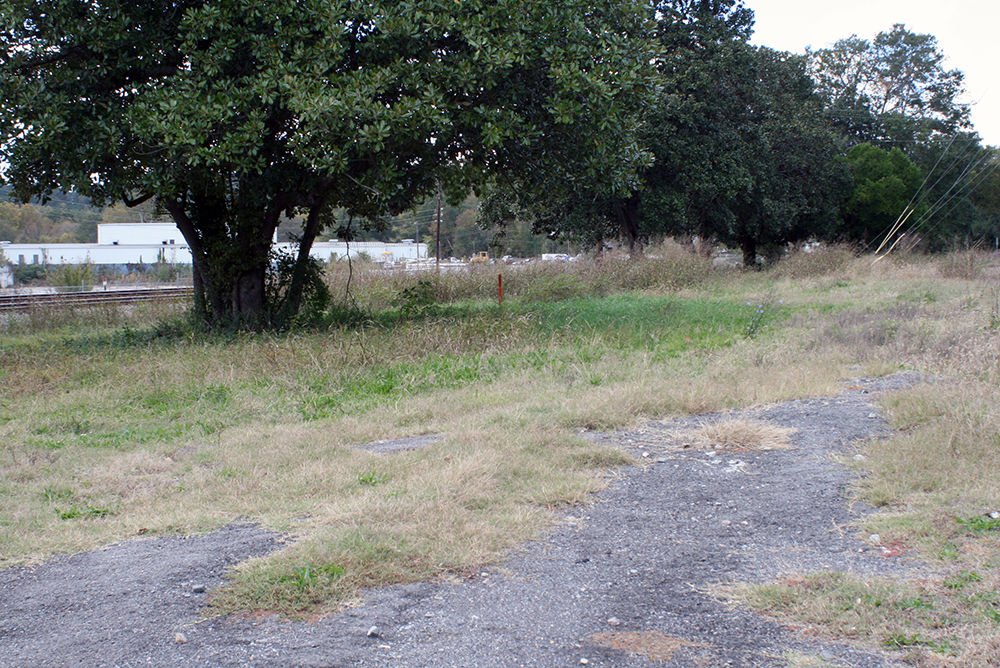 This is the southern terminus of the proposed Silver Creek Trail extension at First Street and Maple Road. (Doug Walker, RN-T) 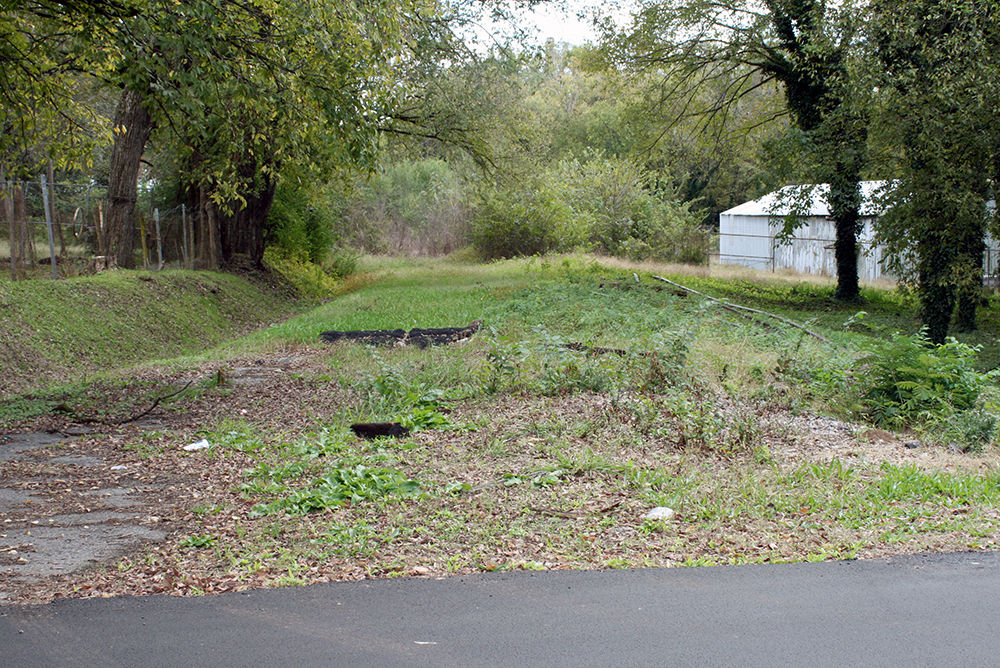 Julie Smith, left, and Harry Brock emerge near the Fourth Street trail head for the existing Silver Creek Trail. The proposed trail extension project on the 2017 SPLOST is at the East 12th Street end of the trail. (Doug Walker, RN-T)

This is the southern terminus of the proposed Silver Creek Trail extension at First Street and Maple Road. (Doug Walker, RN-T)

Rome trails proponent Harry Brock said one of the unique aspects of the $1.18 million trail extension project on the 2017 special purpose, local option sales tax package is that the Silver Creek Trail extension would serve existing residential and industrial communities.

The proposed trail would run from the Floyd County Health Department facility on East Twelfth along a long abandoned Norfolk Southern rail line to the intersection of First Street and Maple in Silver Creek, the site Floyd County is considering for a train observation platform.

“It could be more transportation than a lot of them, said longtime Rome trails proponent Harry Brock. “If you think about most of our trails you don’t have nearly as much residential touching the trail as you have down there. On one side you’ve got industrial, on the other side you’ve got residential.”

Students who attend Georgia Northwestern Technical College in Rome could also use the trail to get to and from classes. The old rail line runs just past the Rome campus across Hemlock.

Brock said national studies have projected that by 2050, 70 percent of the world’s population will be living inside the old traditional urban areas. He said that getting Rome’s trail network connected to those areas will only enhance their usage. “An example is the River District, there will be a connection to the trailhead at the Marriott,” said Julie Smith of Trails for Recreation and Economic Development.

Brock said the Silver Creek Trail, which ties Fourth Street over to East Twelfth Street, is another trail that gets a lot of transportation use from residents of East and South Rome. He said the site of the old Spears building that was demolished on East Twelfth Street would make an ideal location for mixed use development along the trails.

Smith said the old Lindale Mill owner Joe Silva has been trying to market the mill for some sort of “destination” use. “Maybe this trail will help facilitate some of that,” Smith said.

Tim Reynolds, leader of the Restoration Lindale organization, said he believes the trail extension will promote a healthier lifestyle for Lindale residents and potentially help attract new business to the community.

The proposed budget for the project includes an estimated $450,000 for acquisition of the old rail line. Smith said that estimate was based on estimates Floyd County Manager Jamie McCord developed during previous negotiations with Norfolk Southern.

The railroad and city of Rome have still not agreed on a figure for acquisition of an abandoned line through the Summerville Park community that was a part of the 2013 SPLOST package. “We’re trying to negotiate with the railroad and that is the big hang-up for us,” said Rome City manager Sammy Rich. “Until we get that out of the way we really don’t know how much money we’ve got to work with on the project.”

Floyd County Manager Jamie McCord said once the railroad signs off on an agreement to take a trail under the railroad trestle that crosses the Oostanaula River in Ridge Ferry Park, the county can move forward with Phase One of the Redmond Trail funded by a GDOT transportation grant. McCord said that project, which runs from the end of the trail on the levee near Avenue A across Martha Berry Boulevard to Tolbert Park can begin. He hopes that can be included in the September 2018 funding cycle.

While the delays with the 2013 trail segment of the SPLOST package have been frustrating, Julie Smith took a pragmatic approach when she said, “It’s like ‘Gee, the rivers have just been discovered.’”

Rome and Floyd County voters will consider the 2017 SPLOST package on the Nov. 7 ballot.

What to know about the Capital Gazette shooting case

This educator hopes to start a high school for esports and gaming. Here are her plans

Don’t Be a Statistic: Read those pesticide instructions