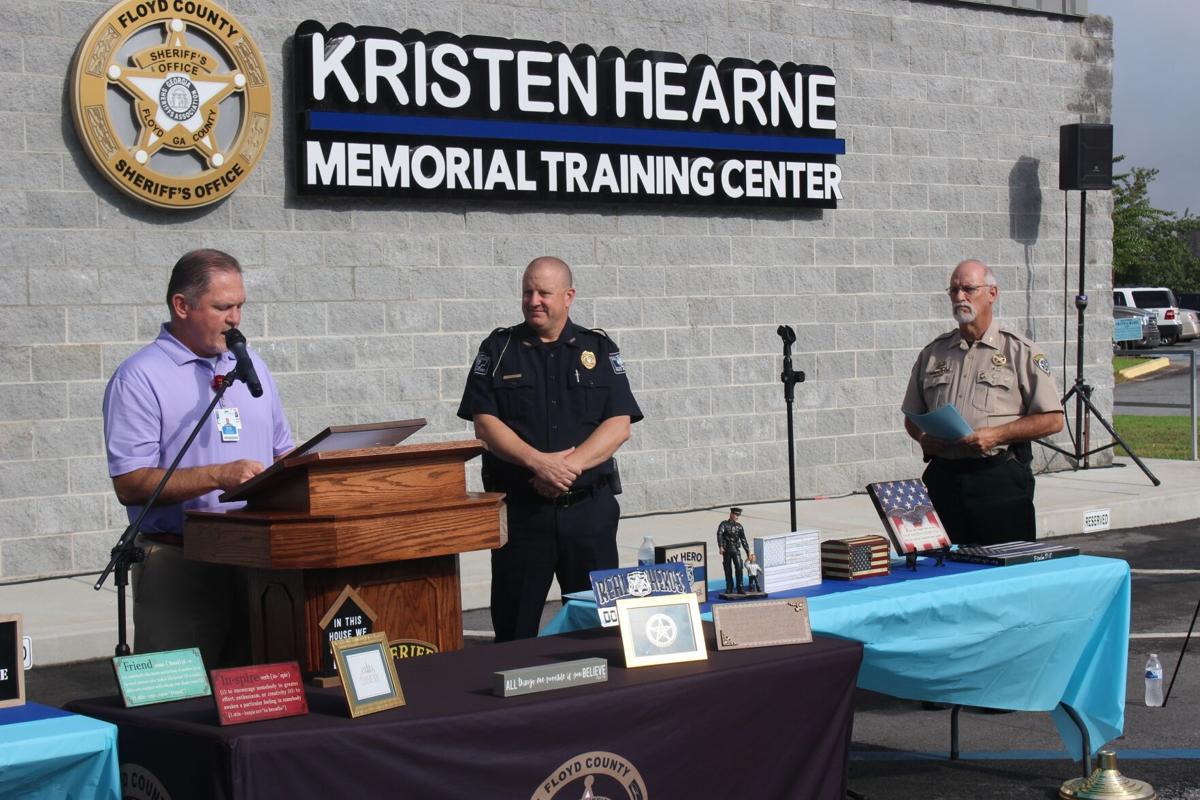 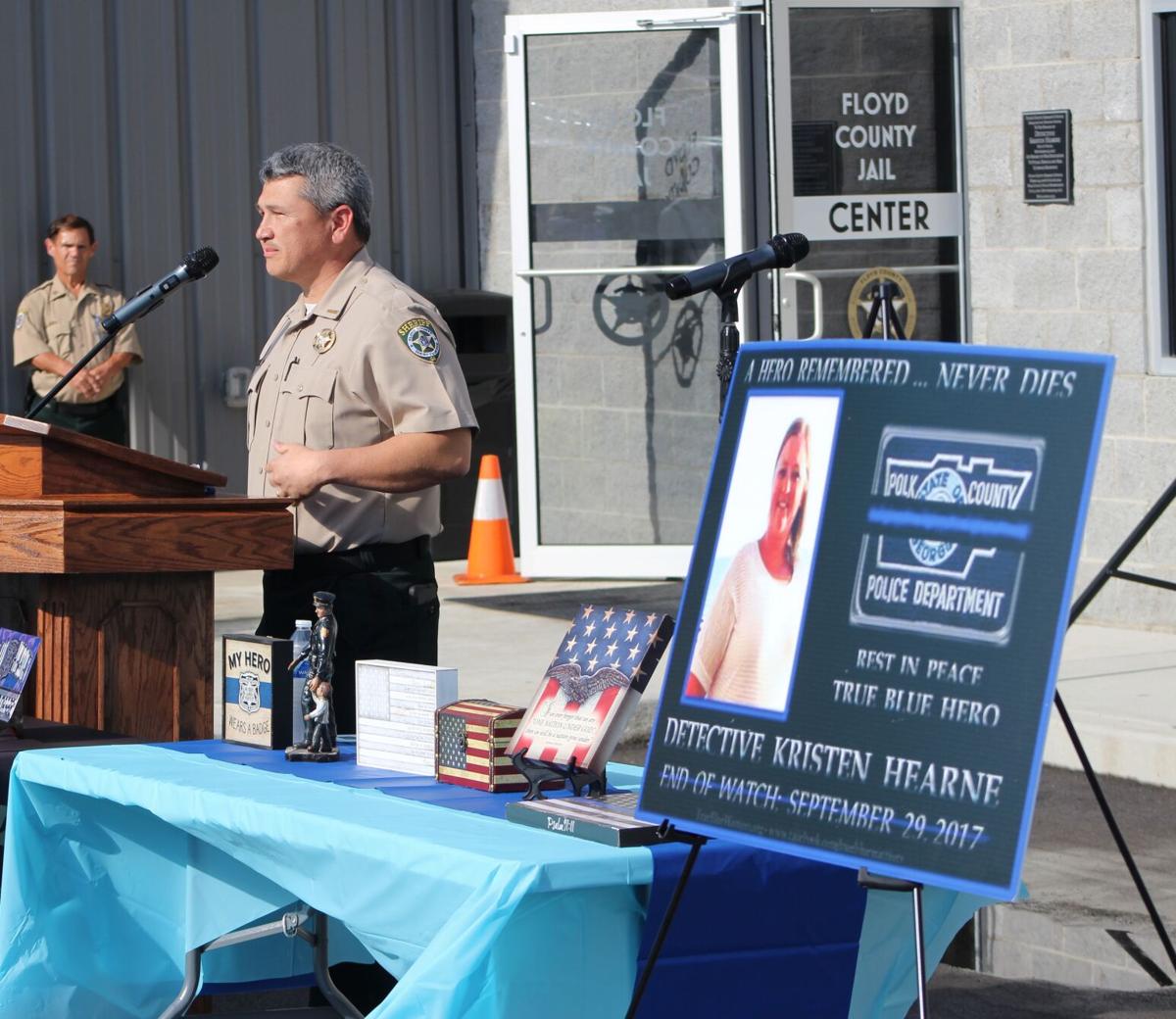 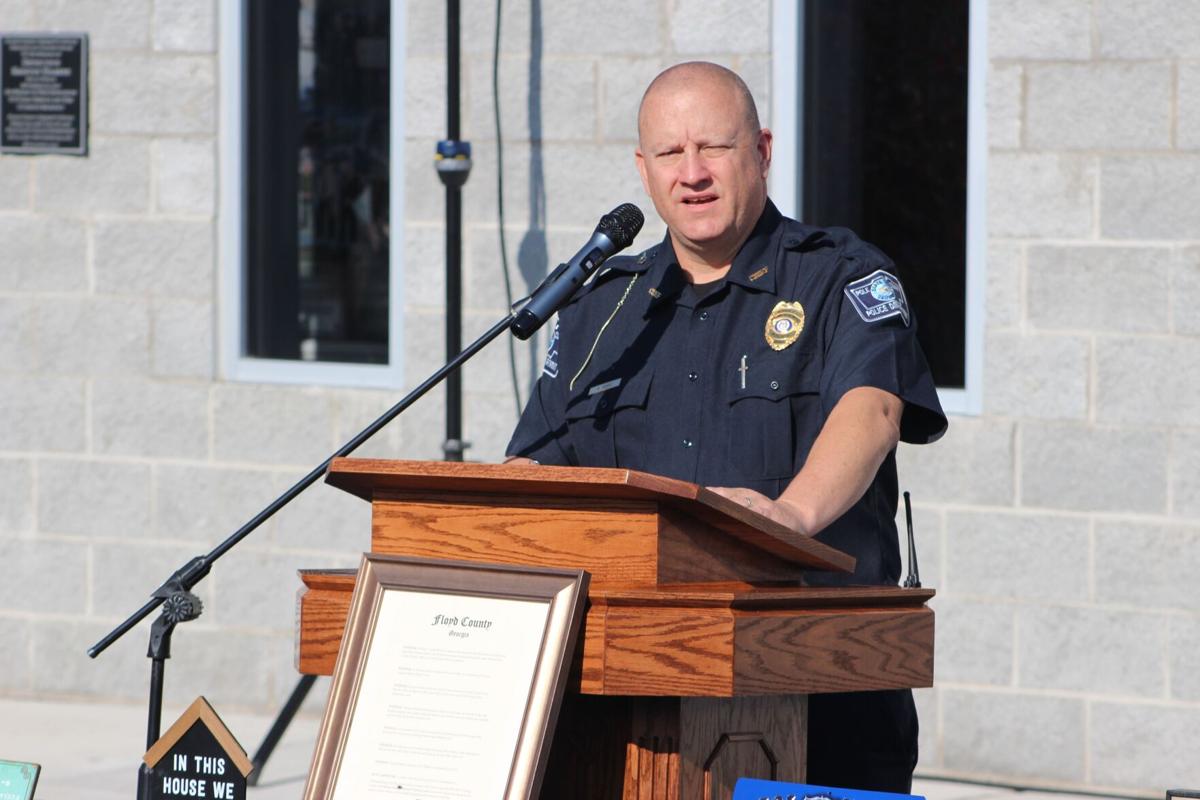 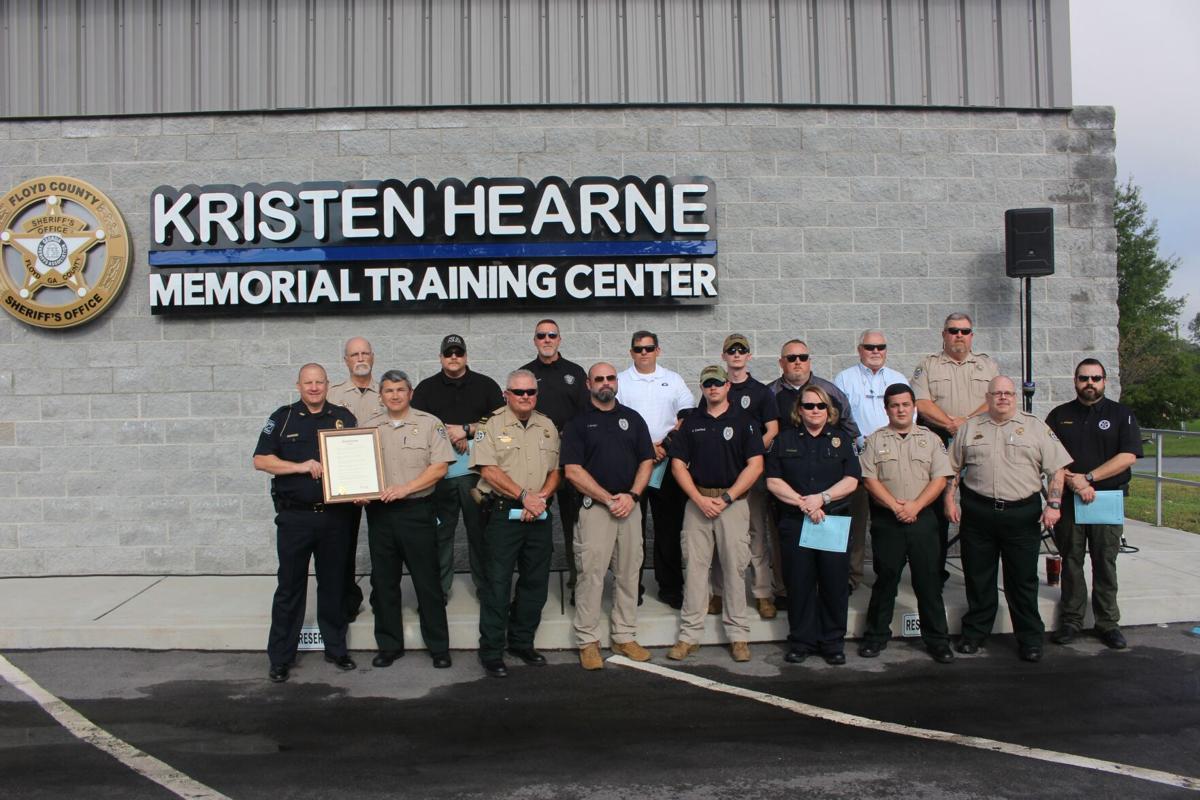 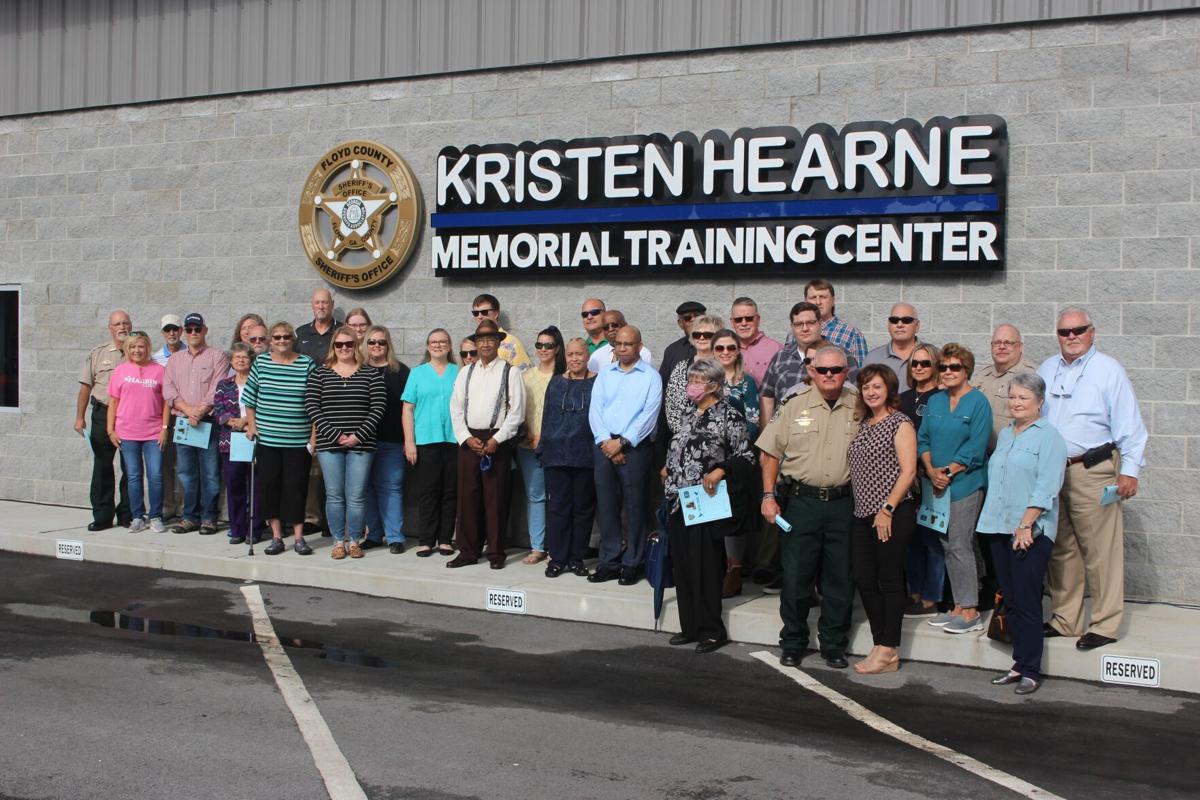 Floyd County sheriff’s deputies and former law enforcement featured on the Kristen Hearne Memorial Training Center’s Wall of Honor came out to the dedication ceremony, along with their families, Friday morning.

Floyd County sheriff’s deputies and former law enforcement featured on the Kristen Hearne Memorial Training Center’s Wall of Honor came out to the dedication ceremony, along with their families, Friday morning.

In September of 2017, Hearne was shot in the line of duty while assisting a patrol officer investigating a suspicious vehicle. The man accused of killing her is still awaiting trial in Polk County.

Hearne was in law enforcement for nine years and worked at the Floyd County Sheriff’s Office for a number of years before transferring to the Polk County Police Department to first serve as a patrol officer in 2012 and later become a detective in 2013.

“She worked all of her cases diligently, provided the DA’s office with good prosecutable cases and was always willing to help with any situation, even though she was a detective,” master of ceremonies Doug Walker said. “She would often commit to help cover off days on short patrol shifts. She was also one who backed up patrol officers when they received a dangerous call or would show up just to help on any or all calls, which is exactly what she was doing on the day her life was taken from her.”

Hearne’s family was unable to make it to the ceremony, but members of both law enforcement agencies, including Floyd County Sheriff Dave Roberson and Polk County Police Chief Kenny Dodd, talked about her lasting impact on themselves and her former coworkers.

“She was loved by all that knew her and made an immediate impact on us at Polk County with her smile and love for everyone,” Dodd said. “We’re so proud of her and the legacy she has left.”

While the training center has been open for over a year, they hadn’t done an official dedication ceremony, according to Roberson.

“Anybody who knew Kristen knew she had a big personality... we’re truly grateful to have known her and worked with her. Her name will go on forever as a reminder of who she was but also remind law enforcement officers of the risk they take each and everyday,” he said.

Connecticut has ordered 100,000 doses of the Pfizer vaccine in anticipation of emergency use authorization for children ages 5 to 11, Gov. Lamont says