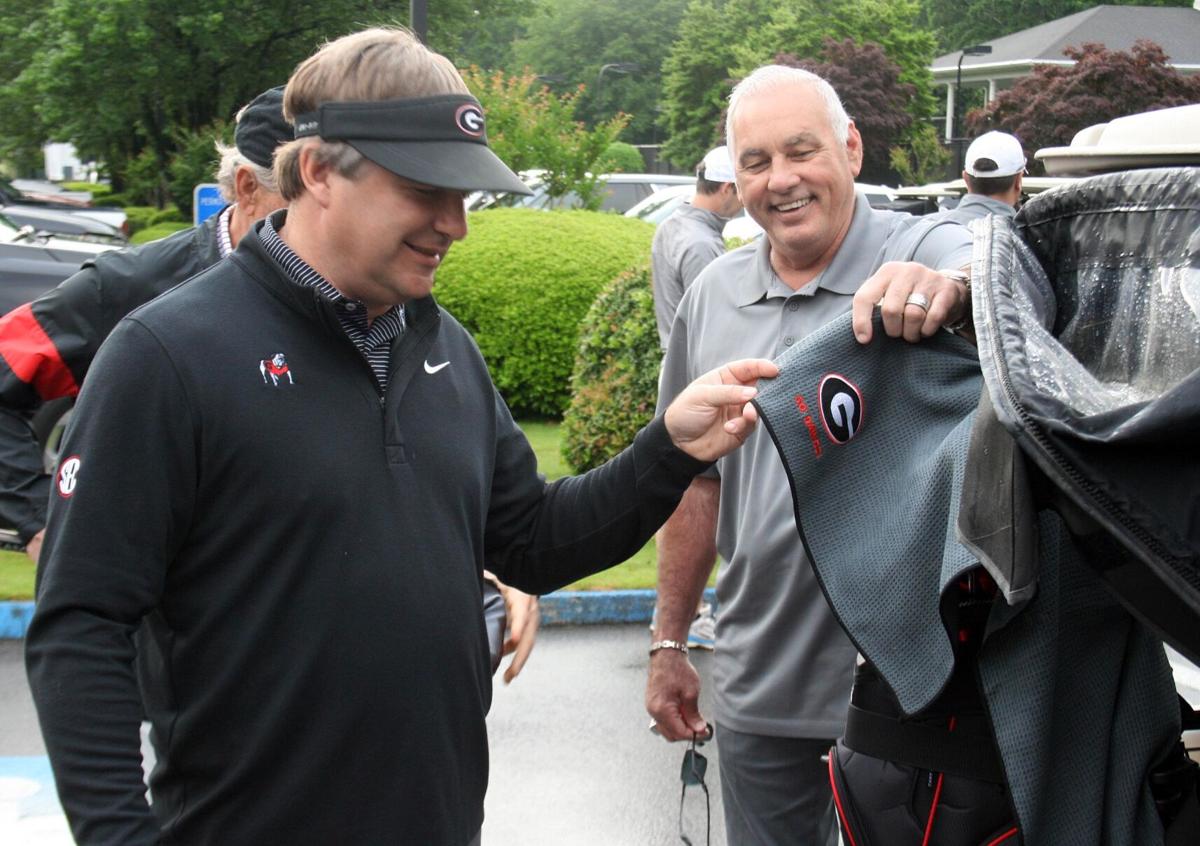 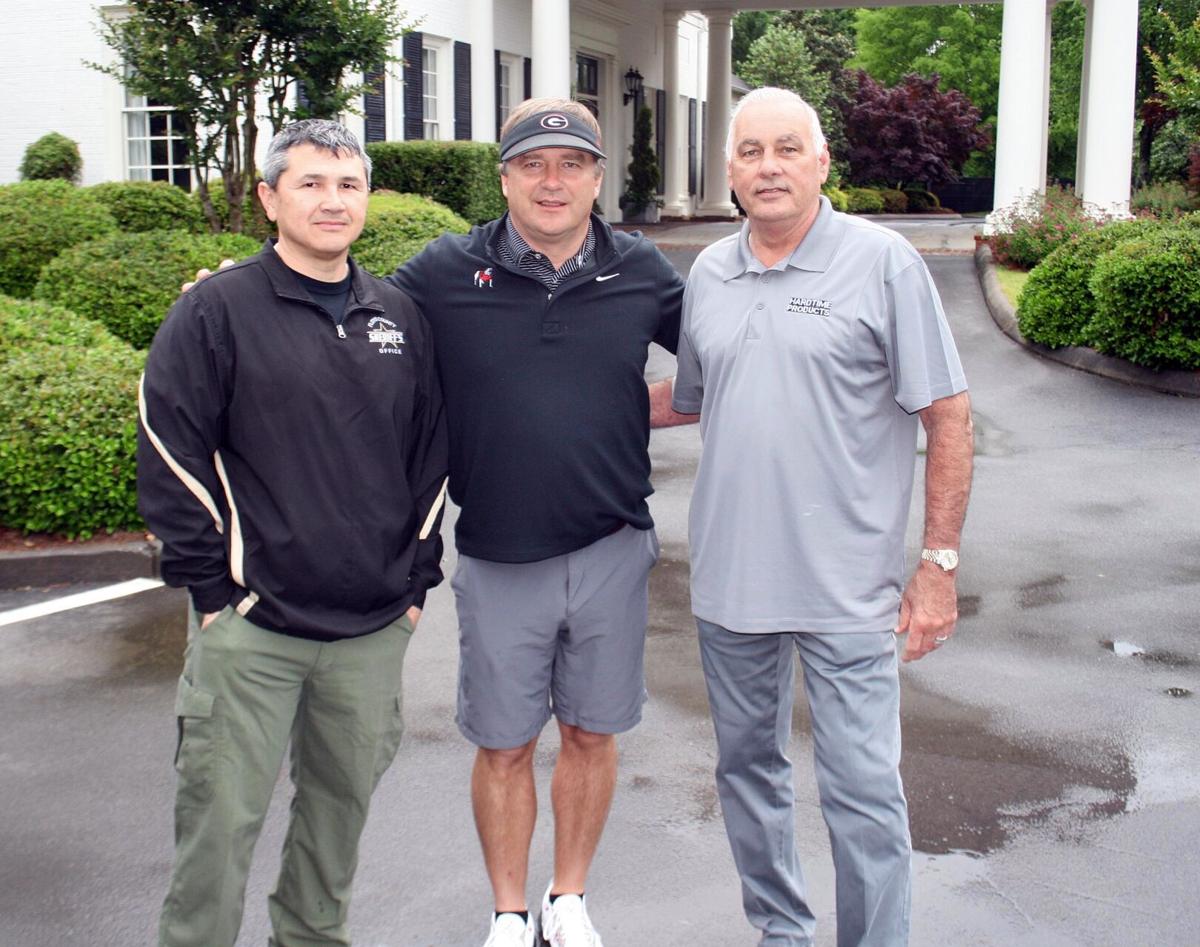 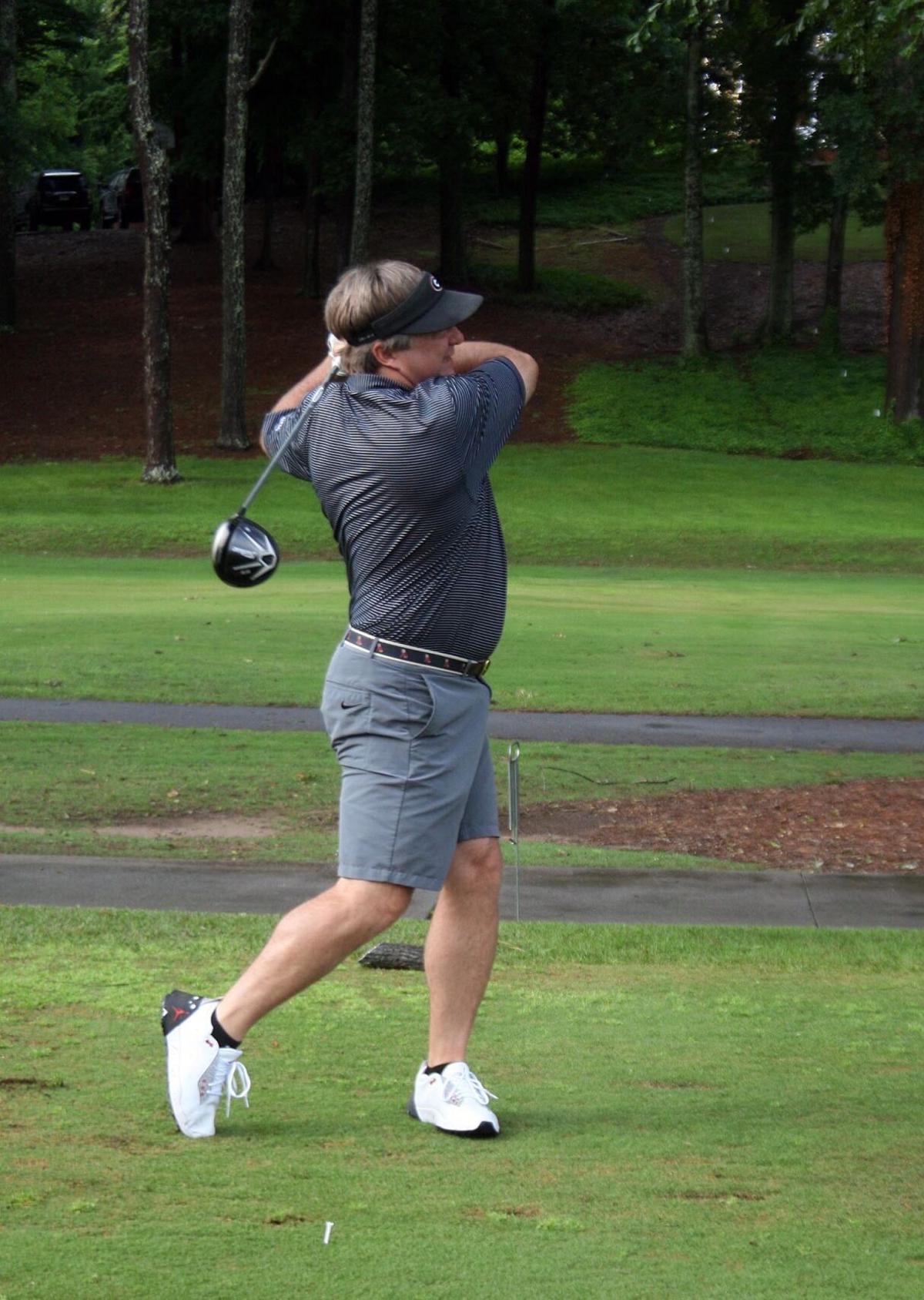 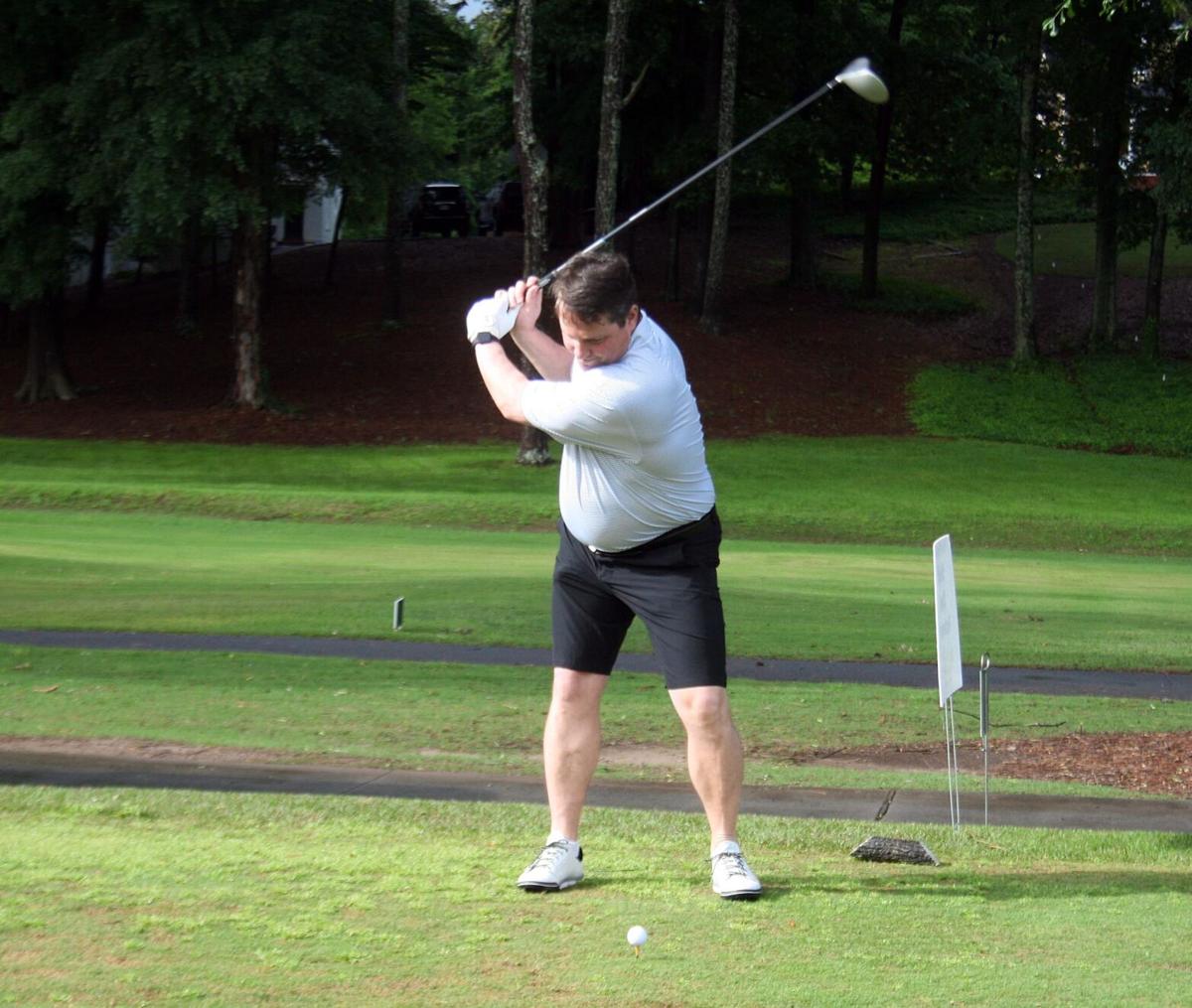 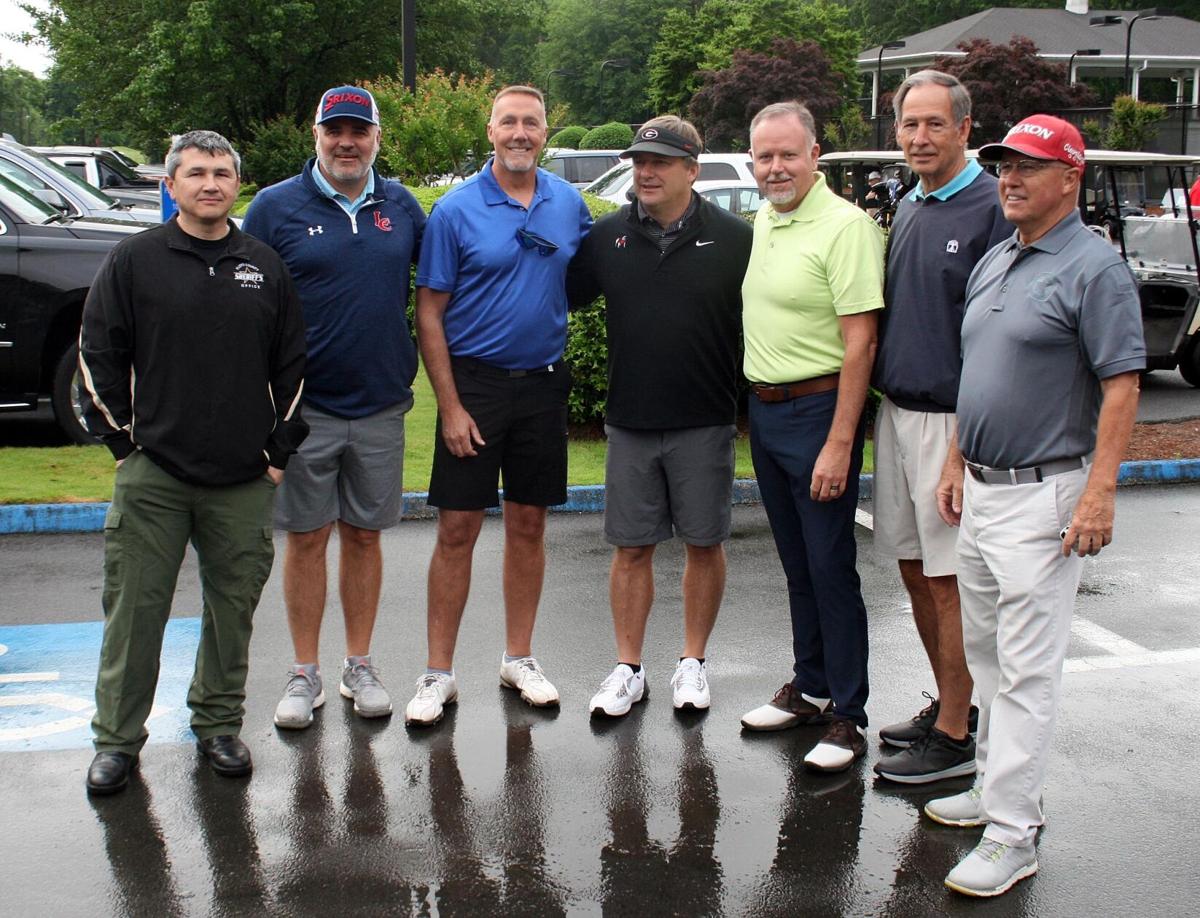 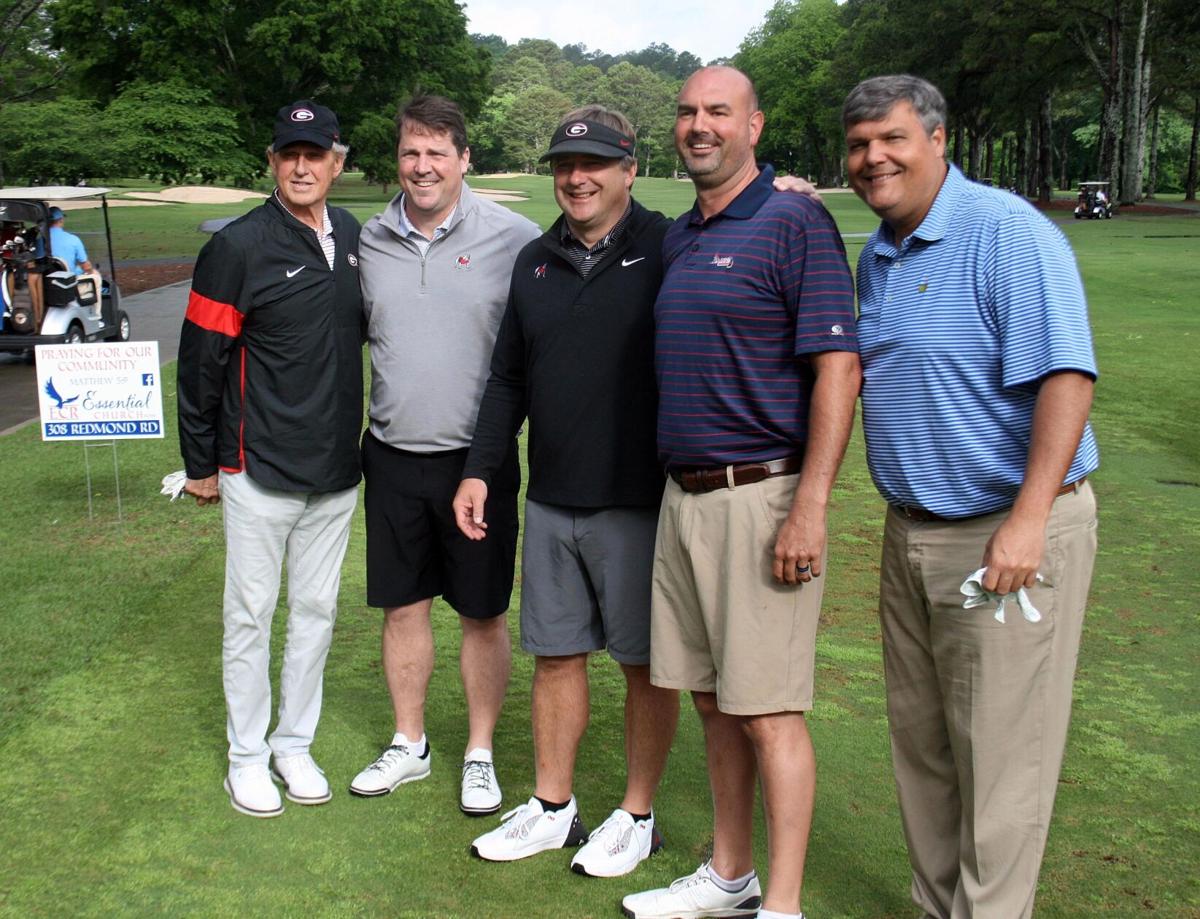 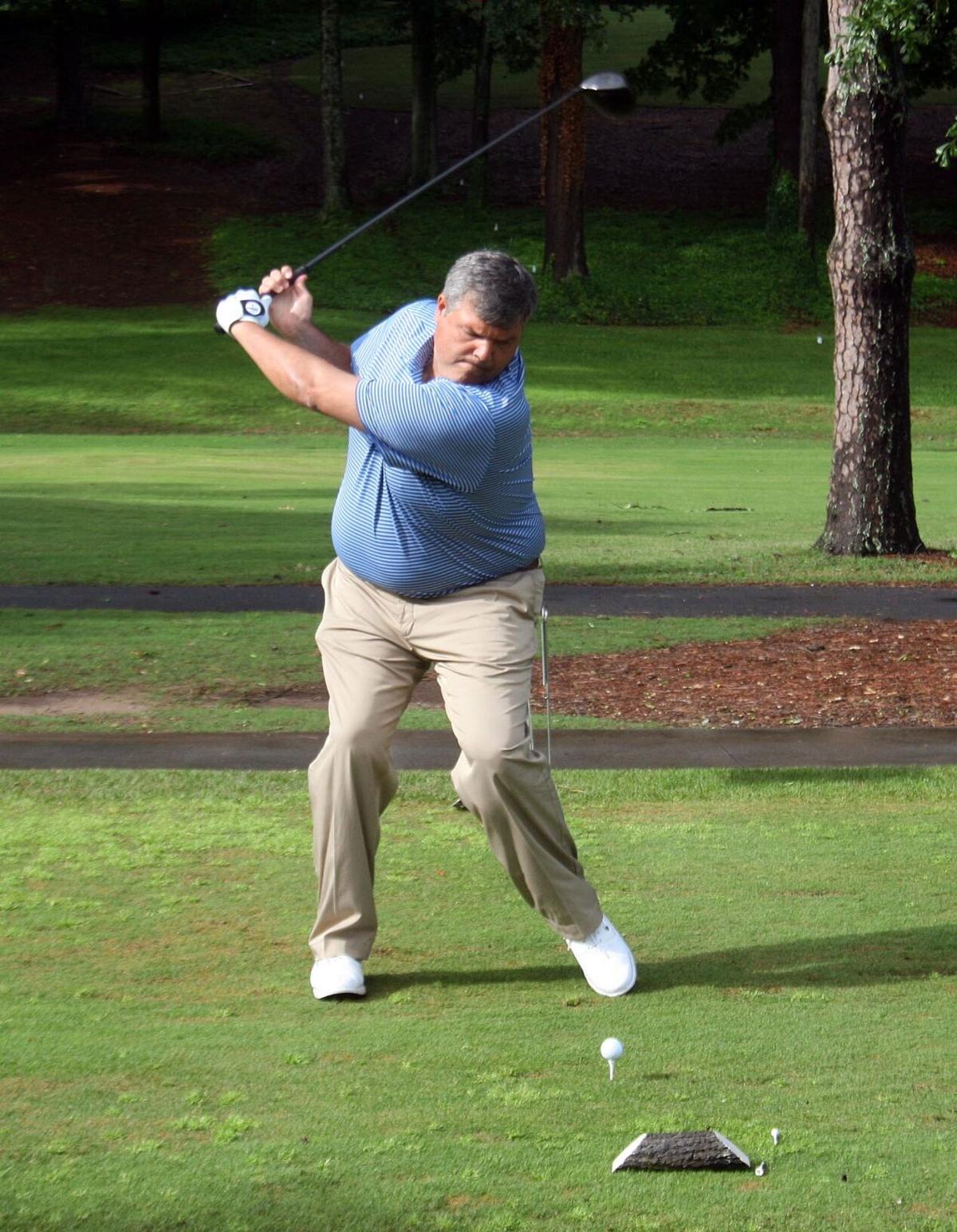 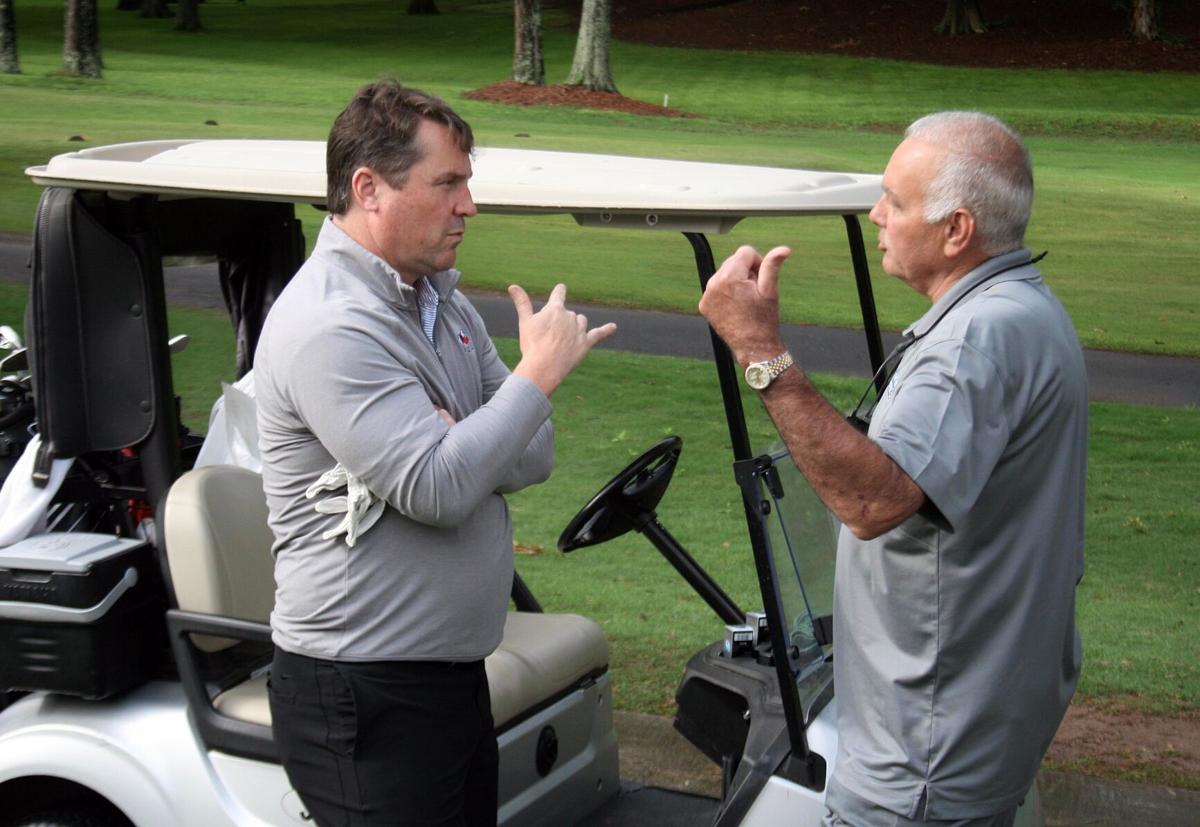 Will Muschamp, a defensive analyst on the UGA football staff, and Rome businessman Harry Pierce compare strategies before hitting the first tee in a charity golf tournament at Coosa County Club on Monday morning.

Will Muschamp, a defensive analyst on the UGA football staff, and Rome businessman Harry Pierce compare strategies before hitting the first tee in a charity golf tournament at Coosa County Club on Monday morning.

The rain broke and the sun came out Monday just before University of Georgia football coach Kirby Smart ripped his first tee shot at Coosa Country Club, starting off the charity golf tournament to benefit the Georgia Sheriffs’ Youth Homes.

Smart said he does not play in a whole lot of golf tournaments, but he was more than willing to help his many friends in the Rome area.

“I get to play in a couple there by the lake (Oconee) in the summer, and then this one,” Smart said. “Harry Pierce asked me to come. It’s important for me to be here.”

The coach said that events like the golf outing help impact the lives of so many young men across the state.

“We change lives one by one,” Smart said. “We brought a couple of staff members up and are hoping to have a good time and raise some money.”

Coach Luke said this was the first time he had played in such a tournament.

Sheriff Dave Roberson said he was hoping the event would net at least $20,000 for the series of five youth homes.

“This is the first time for us to do this,” Roberson said.

Special events like the golf tournament are a huge supplement to the budget for the youth homes, Norris said.

“We run about a hundred kids a year though the campus. Some don’t stay very long, but there are about 50 that are living with us full time right now,” he explained.

Shayne Goddard, director of facilities and fundraising for the youth homes, said the program started in 1960 has impacted thousands of lives.

“They come to us through no fault of their own,” Goddard said. “These kids just need a chance. By doing this, you’re helping us keep going.”

Clint Frazier was Yankees starting left fielder. Now he can’t seem to get it back

Lots of laughs in store with Brian Regan, Jo Koy and Michael Colyar in Orlando

Only 3 games have been confirmed, but here is Syracuse’s full 2021-22 basketball schedule

Don’t Be a Statistic: Read those pesticide instructions

Purple Factory Outlet opening at The Outlet Shoppes at Atlanta

Arrest records from the June 23, 2021 edition of the Calhoun Times