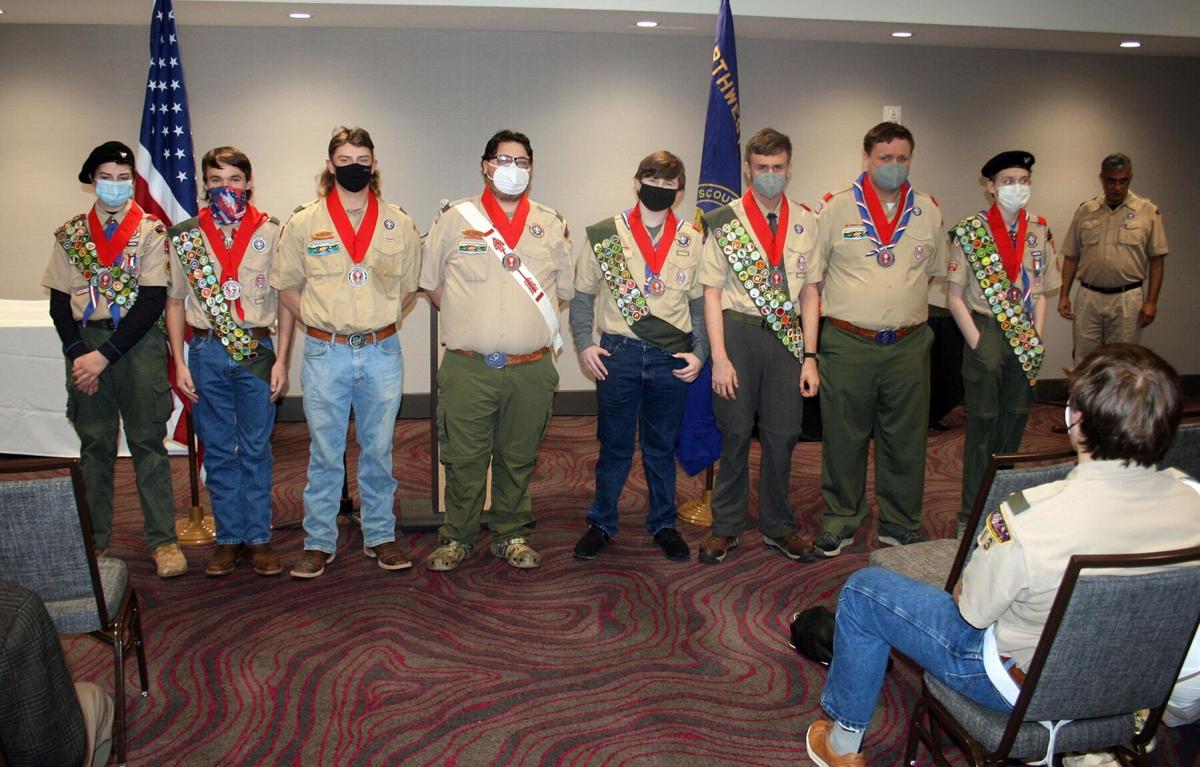 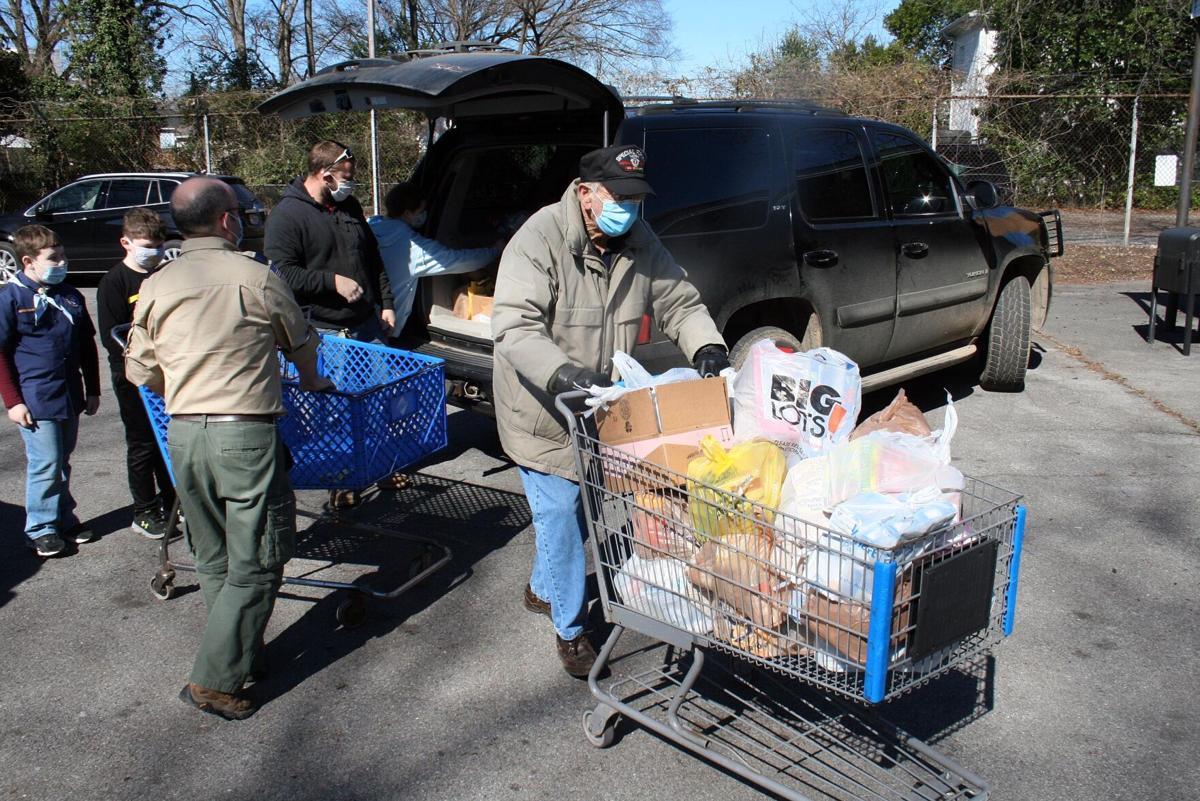 Rotarian Paul Ferguson pushes a buggy of food from a vehicle at the Scouting for Food event in Rome Saturday.

Rotarian Paul Ferguson pushes a buggy of food from a vehicle at the Scouting for Food event in Rome Saturday.

Saturday was a huge day for Boy Scouts in Rome and across Northwest Georgia.

The District Council held its annual awards program at the Courtyard by Marriott Rome Riverwalk after a morning when scouts collected thousands of food items for distribution to the needy across the region.

In Rome, the Scouts collected 2,590 items. Those ranged from canned fruits, vegetables and meats to pasta for every imaginable variety. Members of the Rome Rotary helped the scouts sort the material at the Salvation Army warehouse.

“We are extremely thankful for the scouts and the community for their support of our food pantry,” said Lt. Paula Blevins of the Salvation Army.

Saturday afternoon, the scouts honored their own during a couple of programs. More than 80 scouts from some two dozen troops who received Eagle badges during the last two years were honored along with a five-member class of Silver Beaver award winners.

The Silver Beaver, the highest award in scouting, was presented to several recipients. Drew Conrad, Troop 113 scoutmaster; Mary Hardin Thornton, president of the Northwest Council for the past two years; Blake Knowles, who received the District Award of Merit in 2016 and director of the Cope program; Tammy Rogers, who was instrumental in welcoming British scouts to Camp Sidney Dew a year ago and Jonathan Rogers who is president-elect of the Camp Sidney Dew Alumni Association among were honored.

District Awards of merit were given to Michael Kitchens, who has been active with Scouting for Food in Chattooga County and as training chair for the district; Jonathan Rogers, an outdoor training and Order of the Arrow leader; Eric Vaughn, cubmaster of the largest pack in the entire district and leadership of Scout marketing efforts; Sara Fowler, a leader of the School Night for Scouting program and Randy Russell who has been a leader of the Pinewood Derby program for years.

“Our young people are counting on us,” Hart said.