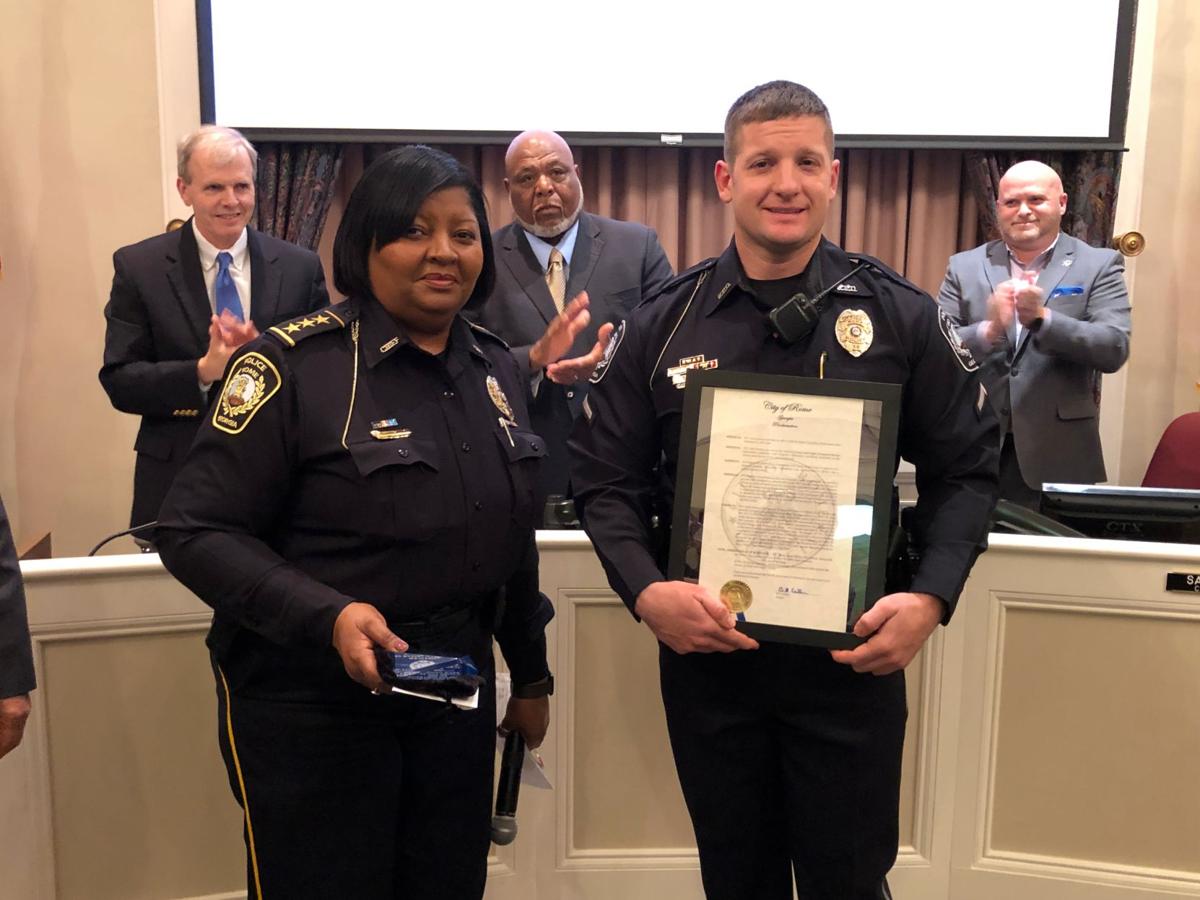 Rome Police Chief Denise Downer-McKinney presented Officer Scott Kasmar with the Officer of the Year award Monday during the Rome City Commission meeting at City Hall for several acts of heroism in 2019, including helping save the life of a Rome man who’d been shot twice during a domestic incident Aug. 28 in South Rome. The commission also presented Kasmar with a special proclamation. 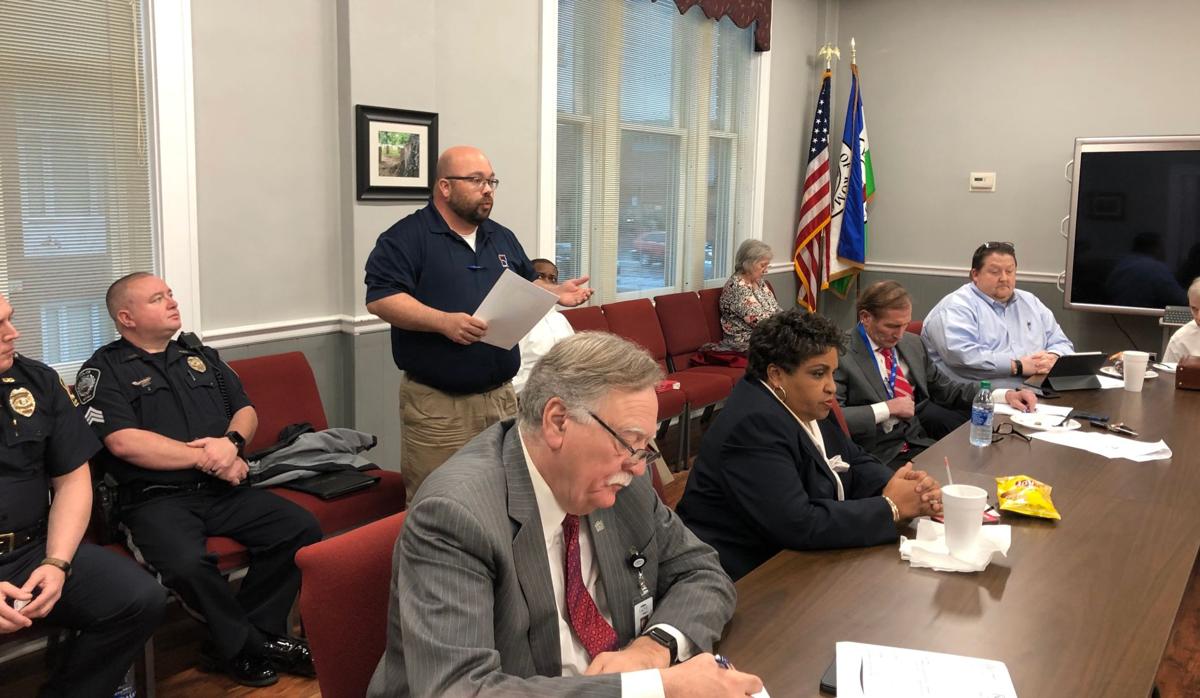 Rome Police Chief Denise Downer-McKinney presented Officer Scott Kasmar with the Officer of the Year award Monday during the Rome City Commission meeting at City Hall for several acts of heroism in 2019, including helping save the life of a Rome man who’d been shot twice during a domestic incident Aug. 28 in South Rome. The commission also presented Kasmar with a special proclamation.

The Rome City Commission agreed during its caucus Monday night to put the installation of speed cameras near Rome High School up to a vote at its March 9 regular meeting.

After hearing from Police Capt. Chris DeHart and RedSpeed Field Project Engineer Randall Rhymes on the need and effectiveness of such an automated speeding enforcement system, even Commissioner Jamie Doss said he would support the city on this one.

“I still don’t like it, but I’ll support the city’s decision,” Doss said.

Doss said his main issue with RedSpeed’s system is it would ticket the owner of the vehicle — not necessarily the actual driver of the speeding car.

“So there’s going to be a lot of mad mamas and daddies,” Commissioner Wendy Davis said.

Other commissioners said that could actually help instill more responsibility in the teen drivers if they were getting pressure from their parents because of the $75 ticket.

Doss also questioned the lack of consideration for personal circumstances that could have caused the driver to exceed the speed limit.

“Maybe there was a medical emergency or something,” he argued.

Rhymes — a former police chief in Pearson, Georgia — said there would be a 30-day warning period before tickets would be issued, with notices sent out to anyone caught going at least 11 miles per hour over the speed limit.

He said there also would be an administrative review for any tickets that might have had extenuating circumstances, such as Doss mentioned.

DeHart told commissioners his department has been working on the speeding issue on Veterans Memorial Highway in front of the school for several months.

“We continue our efforts to try to do more with less and still keep pressure on at the schools,” DeHart said. “We continue to have a shortage of manpower, so we have to think outside the box and this technology-based solution seems to be the answer.”

DeHart reiterated that during a survey done by RedSpeed last year, there were about 300 speeding violations in one day in the hour before school started and the hour after school let out.

“It will not only help with enforcement, but for security at the school since there will be a camera 24 hours a day,” DeHart added. “If there’s some sort of crisis at the school like an aggravated assault or a shooting or a large theft, we can go back and look at the footage.”

Rhymes pointed out that in Georgia cities where the cameras are already in operation, speeding violations have been cut in half after the 30-day warning period.

At an elementary school in Henry County, he said, there were 829 violations in one day. Those were reduced to 400 within the warning period and now they are down to 100 violations per day.

“We’re not looking at the financial side, but in slowing people down and getting them to pay attention,” Rhymes said.

The Rome City School Board had unanimously approved the cameras in November, but a few contract issues stalled the process.

Rhymes said RedSpeed would get 35% of all proceeds generated from the tickets. The rest would be put into the city’s public safety fund.

Once the contract with the city is approved, actual installation would still take two to three months, DeHart said.

Kemp says he can't delay vote; Raffensperger hints he might

Census Day arrives with US almost paralyzed by coronavirus

The Latest: UN: world economy may shrink by almost 1 percent

Governor closes schools for the rest of the school year, will issue a statewide shelter in place order

PSD: Schools to close through remainder of year