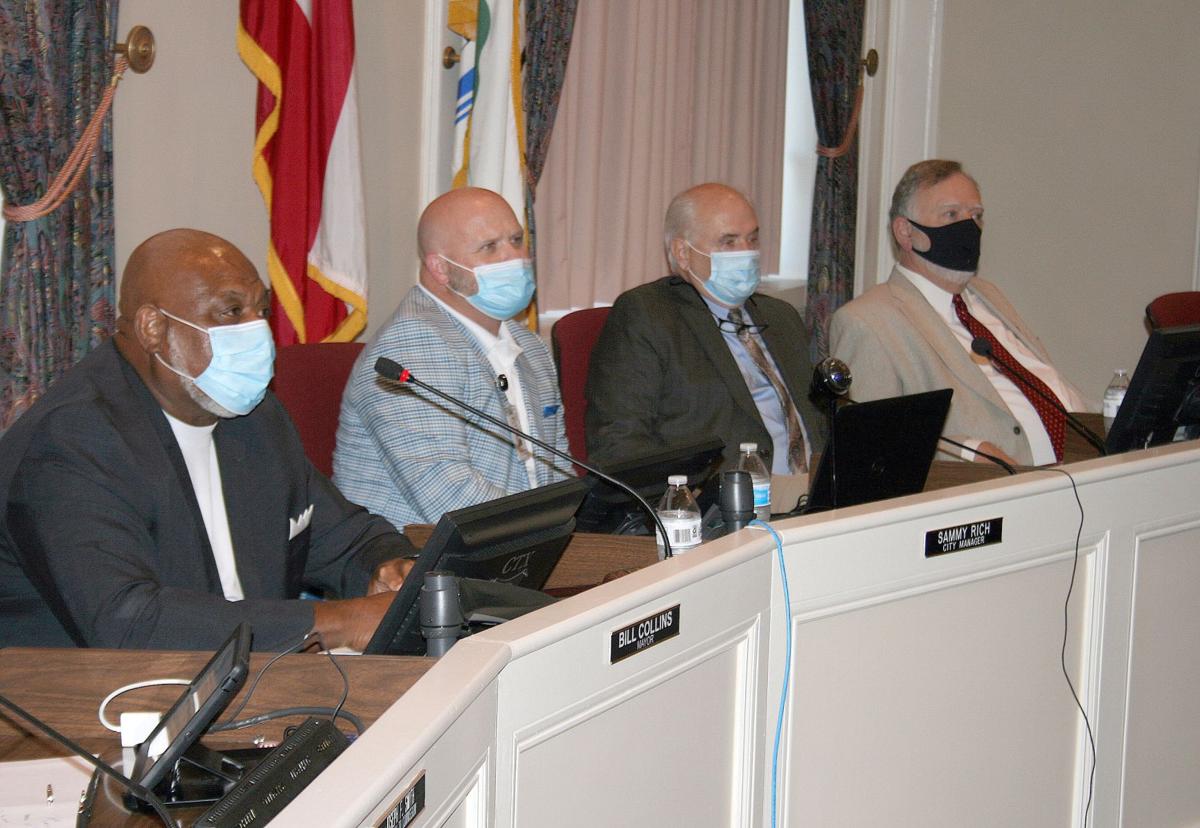 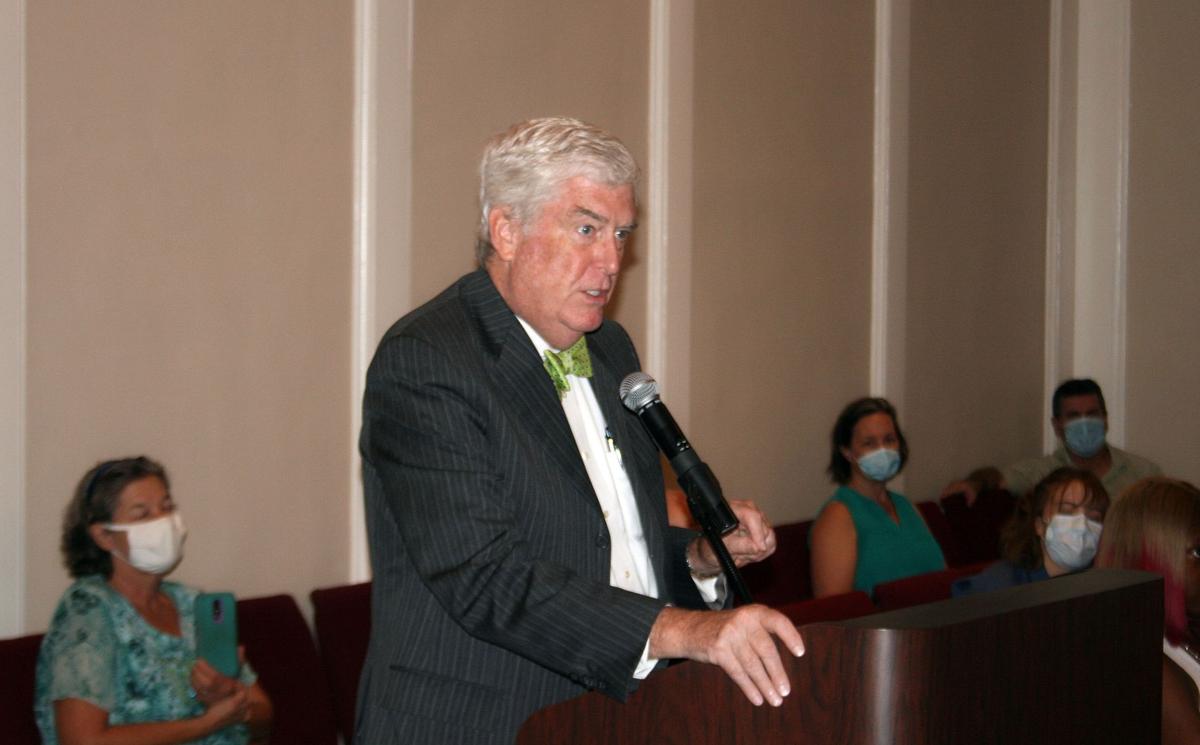 Attorney Martin O'Toole, speaking for the Sons of Confederate Veterans, tells Rome commissioners that plans to move the Gen. Nathan Bedford Forrest monument in Myrtle Hill Cemetery fall short of requirements for approval from the state.

Attorney Martin O'Toole, speaking for the Sons of Confederate Veterans, tells Rome commissioners that plans to move the Gen. Nathan Bedford Forrest monument in Myrtle Hill Cemetery fall short of requirements for approval from the state.

The Rome City Commission adopted an emergency order Monday night requiring people to wear masks in public within the city limits, in a bid to stem the spike in local COVID-19 cases.

The vote followed a lengthy debate that started at the board’s caucus session and continued into their regular meeting.

“You can’t take this to court and win,” McDaniel told his fellow commissioners. “I don’t think we have the wherewithal or the sentiment to enforce it.”

Quick said he supports the measure, in large part, because the city school system has already stated that students are going to have to wear masks when they return to classes next month.

Askew called it a “forward-thinking” move.

“I don’t want to shut down the city of Rome again,” he said.

While Doss supported the measure, he too questioned if it could be enforced.

The emergency order stipulates that restaurants, retail stores, salons, barber shops, grocery stores, offices and pharmacies must require all employees to wear a face covering or mask. All people entering a commercial establishment must wear a mask.

People do not have to wear a mask while in a personal vehicle or during outdoor physical activity or while eating, drinking or smoking.

A first violation is subject to a $25 fine; $50 for the second violation; and $100 for subsequent violations.

The Floyd County Commission is expected to adopt a measure Tuesday strongly encouraging residents to wear masks in the unincorporated area of the county, but not mandating them.

Also on Monday, city commissioners moved to address the issue of the statue of Confederate Gen. Nathan Bedford Forrest in Myrtle Hill Cemetery.

The board agreed to petition the state for permission to relocate it to Jackson Hill, pending necessary engineering and other studies of the proposed location. It also approved a committee to examine ways to tell the rest of Forrest’s controversial history and one to look at the potential for honoring other people important to Rome’s history.

Attorney Martin O’Toole told the commission their plan to move the statue doesn’t meet state law because the area on Jackson Hill is not accessible by car and it’s tantamount to removing it from public display.

Nonetheless, the commission voted unanimously to adopt the resolutions.

The first of a series of public hearings to consider the 2020 property tax levy also was held Monday. There’s no change from last year.

The city plans to levy 8.151 mills for maintenance and operations of city government, another 1.935 mills for city capital expenditures, and 17.450 mills for city schools.

Commissioners also amended their itinerant vendor ordinance to limit street merchants to no more than 30 days of activity during a calendar year and no more than 10 days in any one particular spot.

Paula Blalock and Chris Davidson also were approved for positions on the Historic Preservation Commission.

Blalock has been active in South Rome and with the Rome Area Heritage Foundation for many years. Davidson is active with the Rome Little Theatre and Chiaha Arts Guild.

Lives Lost: Man of the sea made his home in Sonoran Desert

Herman Cain to be mourned at private funeral in Atlanta