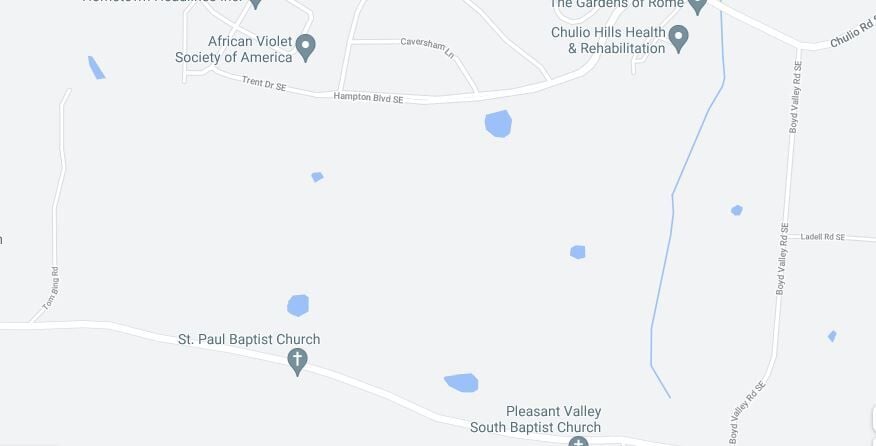 A proposed 1,018 home subdivision would be located off Pleasant Valley Road and roughly bounded by Hampton Boulevard to the north, Tom Bing Road to the west and Boyd Valley Road to the east. 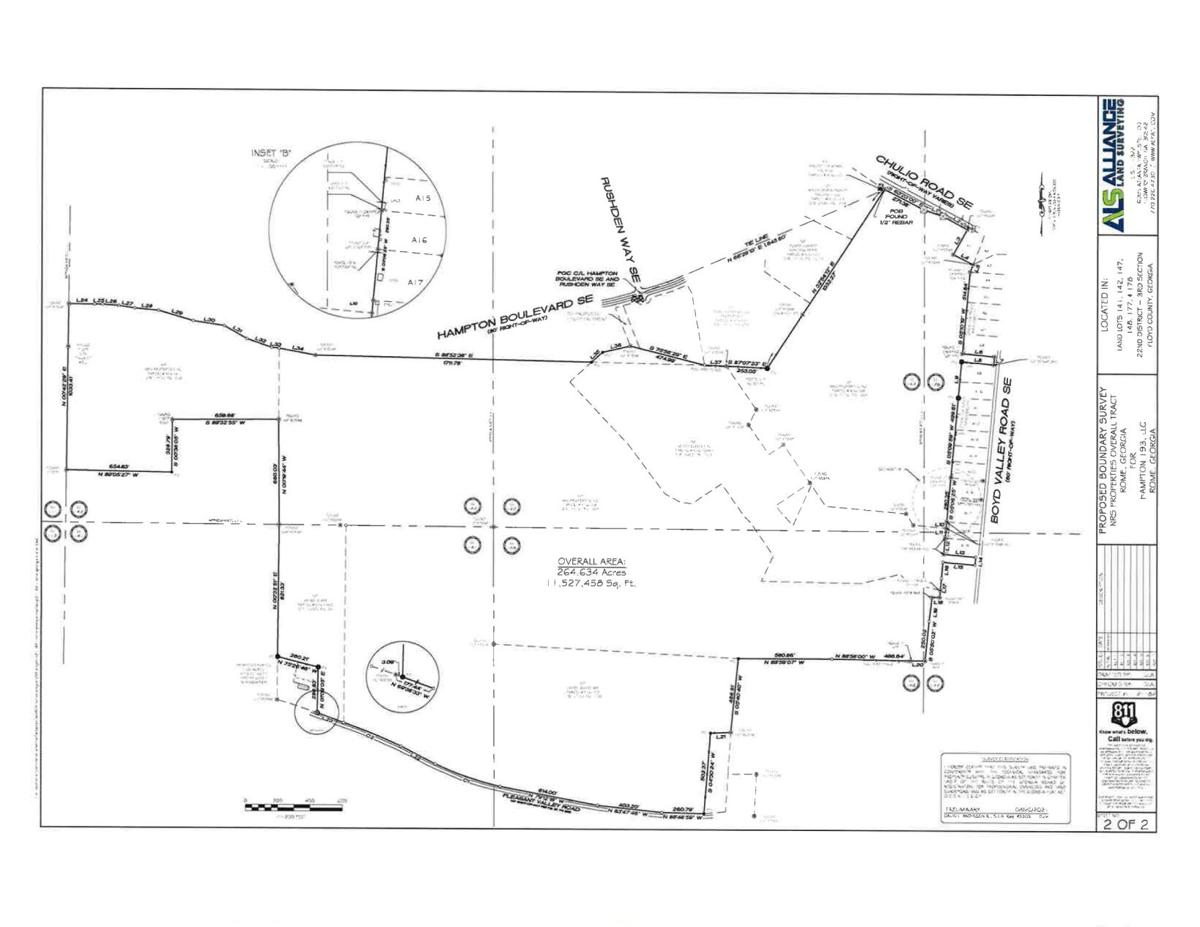 The boundary survey for the proposed Pleasant Valley Preserve subdivision.

A proposed 1,018 home subdivision would be located off Pleasant Valley Road and roughly bounded by Hampton Boulevard to the north, Tom Bing Road to the west and Boyd Valley Road to the east.

The boundary survey for the proposed Pleasant Valley Preserve subdivision.

The Rome-Floyd Planning Commission will be meeting in the City Auditorium today to accommodate an expected large crowd as they go over plans for a proposed subdivision off Pleasant Valley Road.

The project, Pleasant Valley Preserve, would put 1,018 single-family homes on 264 undeveloped acres north of the Silver Creek community. It’s roughly bounded by Hampton Boulevard to the north, Tom Bing Road to the west and Boyd Valley Road to the east.

Nearby neighbors in the Hampton East and Twickenham neighborhoods have sent in several letters of opposition to the Rome-Floyd Planning Department, particularly voicing concern about a major increase in traffic on the area’s narrow roads, like Chulio.

In one letter to the planning department, Twickenham resident Jeff Culbreth also pointed out that nearby East Central Elementary School is overflowing with students. Adding more cars to the already busy Dean Street would only make the traffic worse, Culbreth stated in his letter.

In one letter from Ryan Stanger, president of Hampton Preserve’s Homeowners Association, residents are concerned about their homes decreasing in property value and safety for children who regularly bike and walk around the area.

Chris Barbieri, another Hampton Preserve resident, also sent a letter with his own concerns, including possible annexation by the city which could create another county island.

Almost 40 residents in the area signed a petition opposing the development and sent it to the planning department.

The meeting starts at 2:30 p.m. in the auditorium inside Rome City Hall, 601 Broad St. Masks are required in the building.

Planning commission members will also review an application from an investment group seeking Urban Mixed Use zoning for several parcels it wants to buy and redevelop, including the Relax Inn near North Fifth Avenue and a former convenience store.

Applicants Doug Reeves, Desoto Developers, 33 Holdings LLC and RPB Investments are looking to replace the businesses with a large building for residential and commercial use, as well as a four story parking deck.

The Martha Berry corridor is known as a high drug trafficking and crime rate area that the city has been trying to target for the last several years.

An 11 acre property on Adairsville Road near Prosperity Way also is on the agenda to be rezoned from suburban residential to heavy industrial. Applicants Bill Pelfrey and Charles Wayne Baxter will get a final decision from the Floyd County Commission after a public hearing at its Oct. 26 meeting.

Chattahoochee Technical College welcomes Gary Henderson to Board of Directors

Free walk-in flu, COVID-19 shots to be offered in Rossville next week