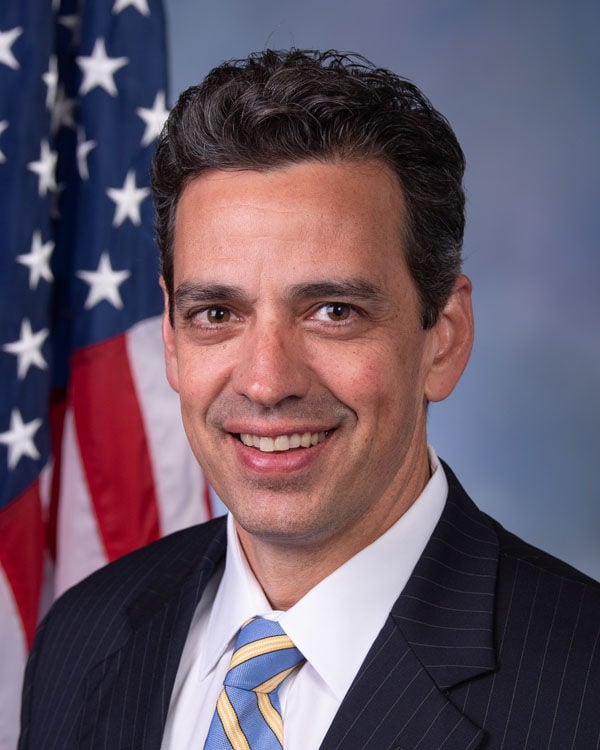 The National Statuary Hall at the U.S. Capitol.

Architect of the Capitol
+1
+1

U.S. Rep. Tom Graves, R-Ranger, along with Rep. Sanford Bishop, D-Albany, are spearheading a new campaign to replace the Alexander Hamilton Stephens statue in the National Statuary Hall at the Capitol with one of the late Rep. John Lewis.

The two U.S. congressmen are taking a bipartisan tack to petition the Georgia General Assembly to pass a resolution replacing one of the state’s two statues at the nation’s Capitol.

Both Graves and Bishop believe it is time to place a more modern historic figure in the hall.

“Congressman Lewis’s commitment to nonviolence and pursuit of justice has inspired millions of people all across Georgia, America and across the world,” Bishop said. “We think there is no better person that we could have to represent our state than our friend John Lewis.”

While Stephens served as the 50th governor of Georgia and in the United States Congress, he was also the vice president of the Confederate States of America from 1861 to 1865. Graves and Bishop emphasized that their intention is to honor the legacy of Lewis, rather than take down a Confederate statue.

“This is less about removing a statue or taking something away and it’s more about adding the legacy and a tribute to a great Georgian,” Graves said.

The congressman went on to say that while giving tours at the Capitol, he always found going to the statuary hall a special stop to recognize inspirational state figures who have impacted the country.

“There are great men and women of both parties that truly give their lifework to bring stability or fairness,” he said.

Before the men sent letters to Gov. Brian Kemp, Lt. Gov. Geoff Duncan and Georgia House Speaker David Ralston, Bishop contacted one of the descendants of Stephens about the statue replacement.

“He was very very supportive of the idea,” Bishop said. “His ancestor has been at the Capitol for over 100 years ... he thought it would be all together fitting and appropriate to honor the life and career of John Lewis.”

The replacement of statues in the hall is not an uncommon practice or particularly frowned upon. One of the more recent significant replacements is President Ronald Reagan in 2009.

While the Georgia General Assembly won’t meet for another few months, the congressmen hope more members of the delegation will join them in the endeavor to get a resolution passed to properly honor the late congressman and civil rights activist.