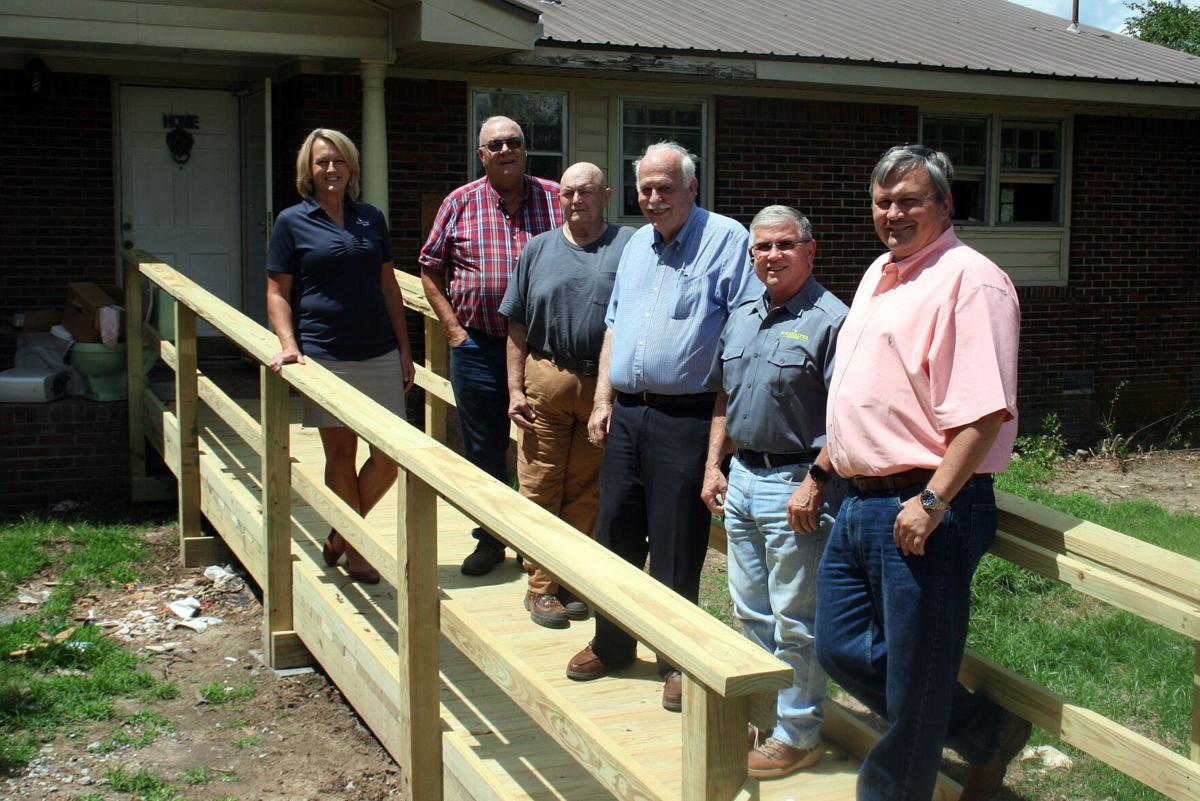 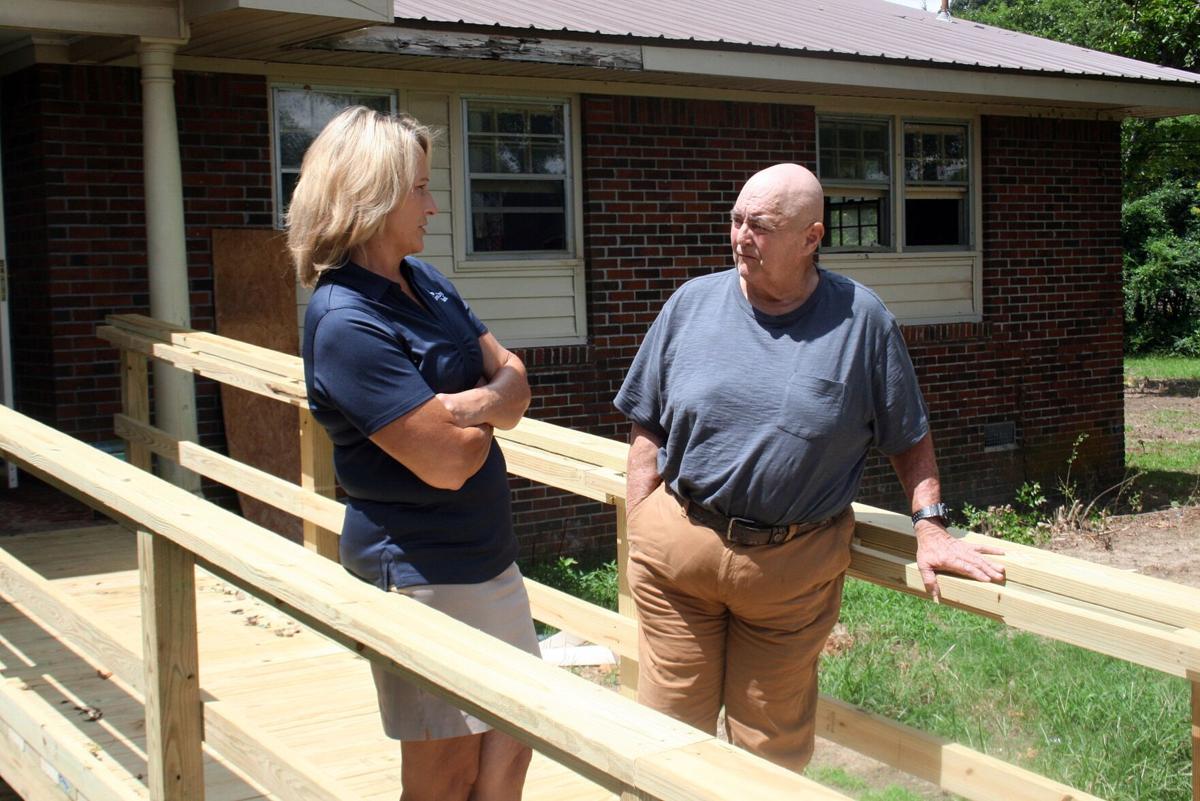 Connie Williams with the Rome Home Builders Association talks with Kenneth Acker on the new handicap access ramp to his home in the Armuchee community. A crew from Phillip Burkhalter Builders in Rome knocked out the ramp in about four hours.

Connie Williams with the Rome Home Builders Association talks with Kenneth Acker on the new handicap access ramp to his home in the Armuchee community. A crew from Phillip Burkhalter Builders in Rome knocked out the ramp in about four hours.

An Armuchee man who has been facing a number of serious medical issues is getting a little more help from the Floyd County Home Builders Association.

Floyd County police led a major effort to make significant repairs to Kenneth Acker’s home a few weeks ago, but the public safety volunteers put a call in to the home builders group to construct an access ramp.

Acker suffers from congestive heart failure and cancer and is not physically able to do much around his house, which had fallen into disrepair.

After RHBA President Jerry Rucker and builder Larry Maxey took a look at the property, Phillip Burkhalter sent one of his crews to the residence and knocked out the ramp in about four hours.

“We slammed it,” Burkhalter said.

Mike Mathis of Mathis Builders Hardware & Supply provided much of the material to build the ramp.

“I just can’t believe what has happened,” Acker said Thursday afternoon. “Everybody that has turned out, everybody has really done a lot to help me. I’m just overwhelmed.”

Acker said that, physically, he is doing as well as he could. While the cancer is not under control quite yet, he said he’s feeling better and believes, in turn, that has helped with his heart.

When the police — with help from other first responders — showed up at this home to work, one of the things they did was make sure the residence had air conditioning. Acker said a new refrigerator also has been a blessing and officers continue to check on him.

County police first got involved with Acker when an officer went to serve an environmental court citation for the condition of the home and property. Once the officer, Katy Walters, realized his condition she cleared the citation and was able to convince her fellow officers that Acker needed their help.

'A line in the sand': Both sides dig in on virus relief bill