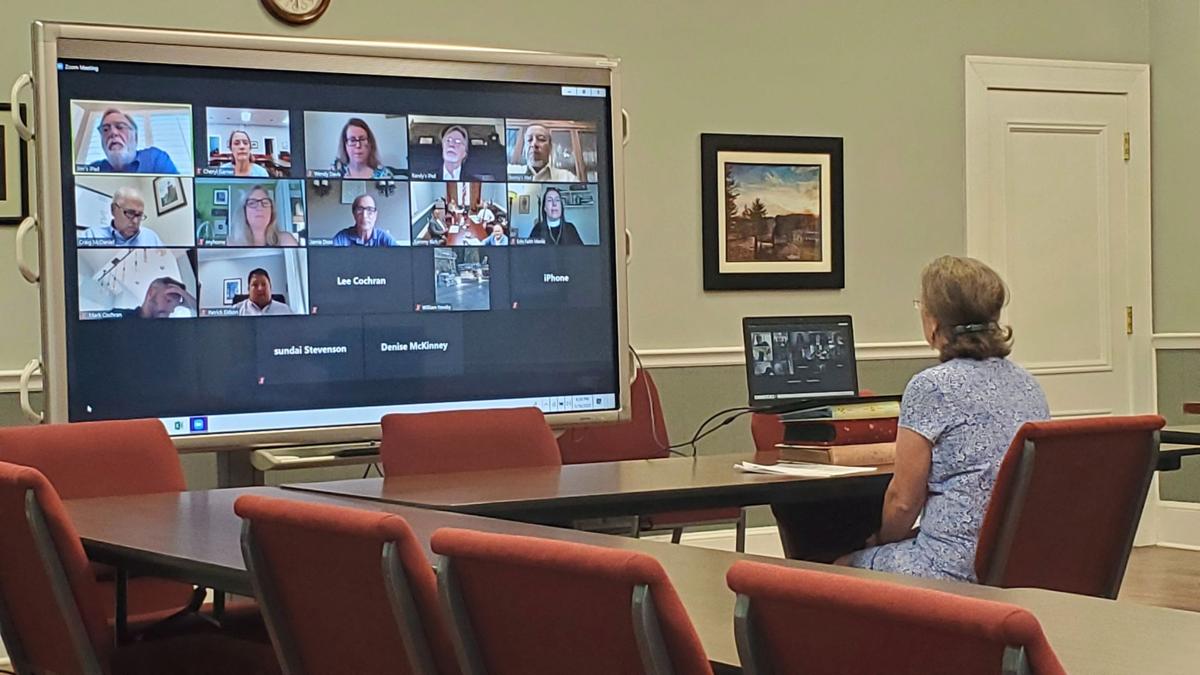 Rome resident Cheryl Garner sits in front of a laptop and video board in the Sam King Room at city hall to connect into the web-based virtual meeting of the city commission on Monday. Staff set up the room for public comments to the board during the COVID-19 pandemic. 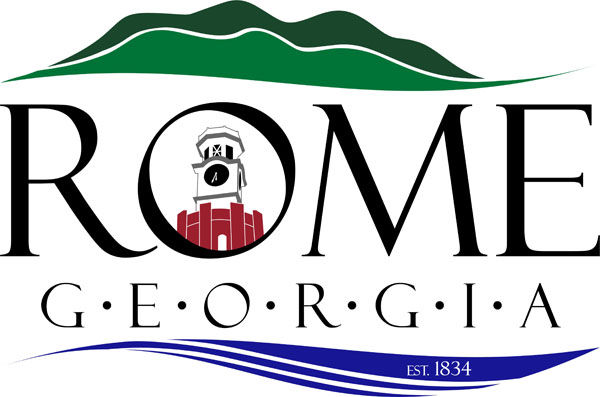 An ordinance to temporarily allow the public consumption of alcohol in downtown Rome is scheduled for a vote in three weeks time.

The Rome City Commission heard the ordinance on first reading at its meeting Monday evening as recommended by members of the Alcohol Control Commission. After a short discussion, it was moved to second reading with no objections.

While not having an official meeting since February, members of the ACC citizen board had expressed support of the ordinance through emails and requested it go before the full city commission for a vote.

It is the same draft ordinance that went before the board in October 2017 and was voted down 7-1, with Commissioner Wendy Davis — who is the commission appointee to the ACC — being the lone yes vote.

With the Memorial Day holiday falling on the city commission’s regular meeting slot, the board met virtually Monday. Its next meeting will not be until June 8. That is when the ordinance is tentatively scheduled to be on second reading with a public hearing and vote by the commision.

City Clerk Joe Smith said the ACC wished to get the ordinance to the board as quickly as possible to allow it to provide extra economic help to downtown bars and restaurants during the rough times caused by the COVID-19 pandemic.

The ordinance would allow visitors to walk around with a cup of alcohol until 11 p.m. in the area between Broad Street downtown and West Third Street across the Oostanaula River. It would include Bridgepoint Plaza, the Town Green and the Chief John Ross Memorial Pedestrian Bridge.

The strictly regulated to-go cups would have to be purchased from local restaurants.

The major difference from 2017 is it would be temporary. The City Commission will be able to either approve it and end it by a board action, place a deadline on it at the time of approval, or deny it.

Commissioner Craig McDaniel expressed concern about bringing the ordinance back to the city commission without it going through a formal meeting — whether in person or virtual — of the ACC or Downtown Development Authority.

ACC Chair Monica Sheppard explained the timeliness of getting it brought to the board was part of the reason for pushing it through without a meeting.