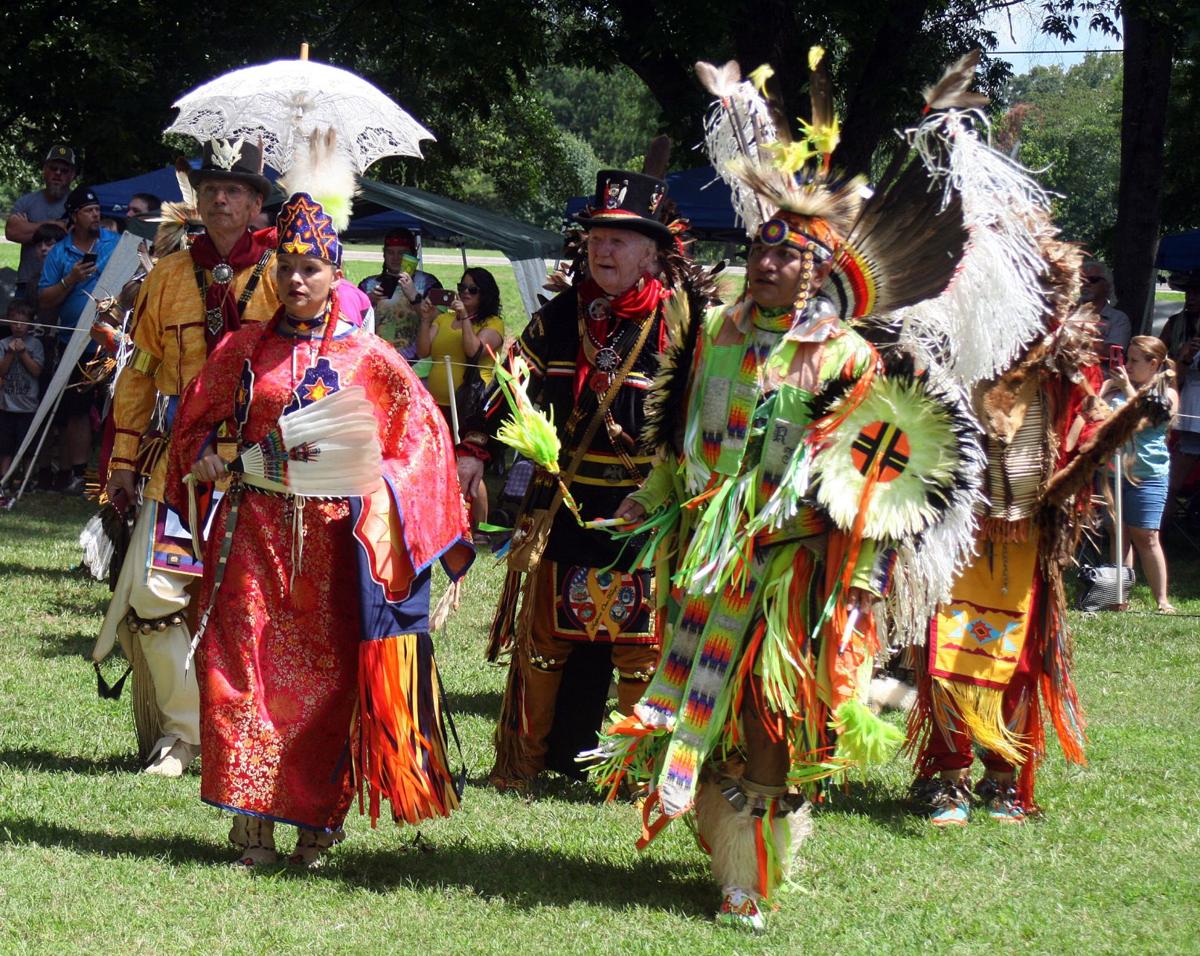 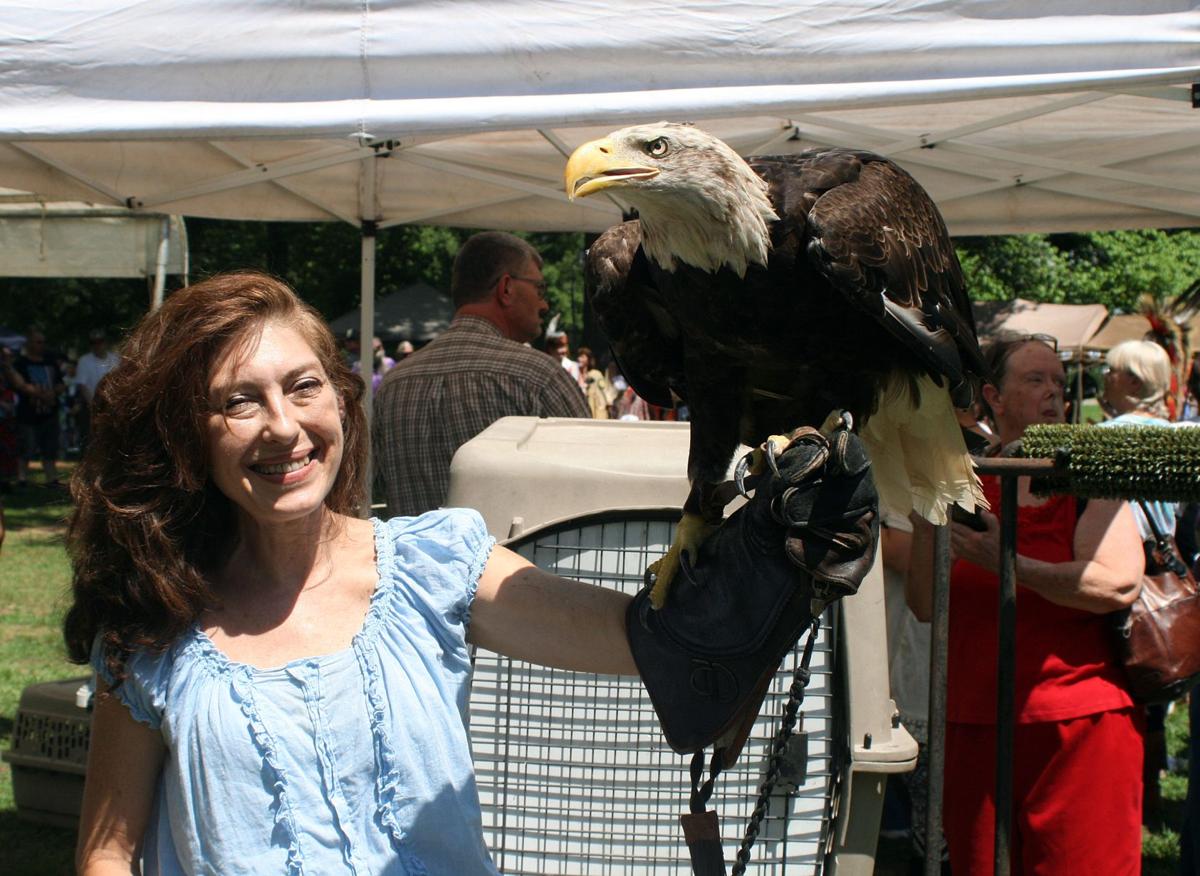 Kim Arrowood with Winged Ambassadors out of Sharpsburg, shows off Lady Liberty, a 6-year-old bald eagle at the 2019 Running Water Powwow Cherokee Homecoming and Ripe Corn Festival. The eagle suffers from cataracts and cannot hunt on its own. 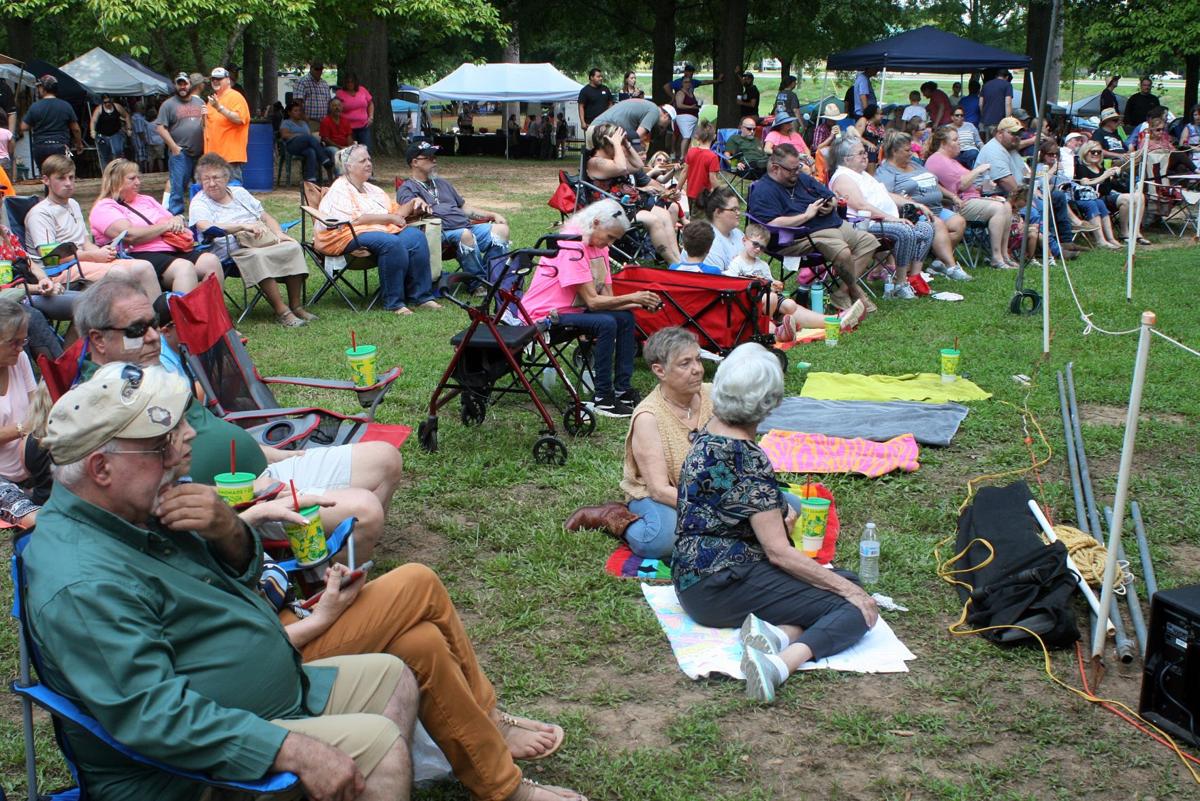 Part of the large crowd on hand for the dance competition at the 2019 Running Water Powwow Cherokee Homecoming and Ripe Corn Festival in Ridge Ferry Park.

Kim Arrowood with Winged Ambassadors out of Sharpsburg, shows off Lady Liberty, a 6-year-old bald eagle at the 2019 Running Water Powwow Cherokee Homecoming and Ripe Corn Festival. The eagle suffers from cataracts and cannot hunt on its own.

Part of the large crowd on hand for the dance competition at the 2019 Running Water Powwow Cherokee Homecoming and Ripe Corn Festival in Ridge Ferry Park.

The Running Water Powwow is slated to return to Rome this fall.

Last year’s event was canceled due to the coronavirus pandemic, but organizers announced last week that the 32nd annual Running Water Powwow Cherokee Homecoming and Ripe Corn Festival is on.

It’s set for Sept 4 and 5 in Ridge Ferry Park. The homecoming will honor three council members who have died since the 2019 gathering: The last surviving founder, Ann Cook; her husband, Doug Cook; and his sister, Cathy Stout.

“It will be great to finally recognize them at their event,” organizers posted on their Facebook page.

The powwow is a celebration of life and renewal, but as the COVID-19 pandemic swept across the world in 2020, The Gathering of Nations and other powwows were canceled one by one.

“It was devastating, especially to a lot of my young girls because they have never been and it was something that was always talked about within our group,” said Annalisa Berrios, a member of the Payómkawichum (Pechanga) Nation near Temecula, California, who teaches young women and girls to dance through her Fancy Moccasins Dance Organization.

For Berrios, 33, the powwow circle is where she reconnects with loved ones, where she prays and strengthens her spirituality, and where she one day hopes to pass along indigenous cultural traditions to her two sons, who at 3 and 5 are not quite ready to dance on their own.

It has now been a whole year without any powwows or social gatherings. And without any planned events on the horizon, many indigenous people yearn to return to the dance circle and the community’s heartbeat: the drum, which carries the prayers of dancers and singers.

Powwows gather people from all walks of life

The COVID-19 pandemic continues to devastate and the gathering of cultures and nations throughout Indian Country has come to a halt. With a year-long cancellation of powwows comes a huge hit to the economic, health and cultural well-being to many who travel the powwow circuit.

Although many indigenous nations claim to have held the “first powwow,” the predecessor to the modern-day, intertribal celebration is commonly thought to have started in the Great Plains during the late 1800s. As tribes were forcibly removed from their traditional homelands and confined onto reservations, various nations came to meet or live closer to one another, and the inter-tribal gatherings became more prevalent.

Powwows rapidly grew in popularity after the American Indian Religious Freedom Act was enacted in 1978, which allowed indigenous people to once again openly practice cultural, religious and spiritual traditions.

“(Powwows) come from the government’s outlawing of displaying Native American religion, and so all of these cultural practices weren’t allowed to happen openly and publicly,” said Chris Medellin, who is from the Tule River Yokuts Nation. Medellin is the director of the Native Resource Center at San Diego State University and helps organize its annual spring powwow.

Today, indigenous people gather for powwows throughout North America to connect with other nations; sell handmade crafts, crafting materials and traditional foods; sing and dance; and pass cultural practices from one generation to the next.

The Running Water Powwow in Rome typically draws thousands of nonnatives each year to watch the festivities, try some heritage foods and interact with the participants and vendors.

“Modern powwows are a way to bring the entire community together,” Medellin said. “We socialize, celebrate and just basically show that our culture isn’t gone.”

Many powwow committees across the country are continuing to plan virtual events for this year.

However, there are many people who travel the powwow circuit from spring through late fall to earn money to care for their family’s needs.

Having a year without powwows due to the ongoing COVID-19 pandemic means that vendors, dancers and singers who depend on selling their wares, playing traditional music or winning dance competitions to sustain their livelihoods have taken a major economic hit.

The Gathering of Nations attracted nearly 3,000 dancers and 91,000 spectators from around North America in 2019 and had an estimated economic impact of $22 million for Albuquerque, according to the AP News.

Powwow organizers expected to award more than $200,000 to competitors in a variety of dance styles and age groups last year before the event was canceled. This year, The Gathering of Nations was held virtually last week.

Lauren J. Mapp of The San Diego Union-Tribune contributed to this report.

In CT towns where vaccinations lag, will stores go maskless?

How UConn's creamery turned to cheese during the pandemic

'We're going to have fun this year:' Explorers are eager to start season after 19-month layoff

OPINION: Restoring freedom after a year of perpetual emergency

Sentinel area fire calls for May 14-15