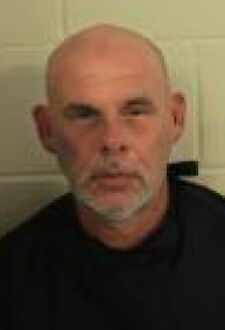 The chief clerk of the Polk County Probate Court is on administrative leave following his arrest after a wreck in Rome last week for DUI and a traffic violation.

Brad Shelton, whose full name is Charles Bradley Shelton, was involved in a single-vehicle wreck Tuesday afternoon around 3 p.m. on the Armuchee Connector near the intersection with the Rome Bypass at State Mutual Stadium.

According to the Rome Police Department report:

Shelton, 52, of Cedartown, was standing next to his Toyota SUV, which was hanging halfway off an embankment on the side of the road, when officers arrived. He stated he had fallen asleep and the vehicle drifted off of the road.

The officer reported an odor of alcohol coming from Shelton, who said he had not had a drink since the night before. When Shelton was asked to take a field sobriety test, he mentioned he had some difficulty standing for long periods of time due to a preexisting medical problem.

After he was unable to pass the tests, Shelton told the officer he had taken two nonprescribed Klonopin pills over the course of the previous 24 hours, adding that he had not slept in a few days following the passing of his father that past Sunday, April 25.

Shelton was arrested and consented to a blood alcohol test, which was conducted at Floyd Medical Center in Rome. He was then cleared to be booked into the Floyd County Jail. He was later released on his own recognizance.

Shelton is charged with misdemeanor counts of driving under the influence of alcohol and failure to maintain a lane.

Probate Court Judge Tony Brazier said that he was aware of the incident and that Shelton has been placed on administrative leave until his case is resolved in the Floyd County court system.

Baker, other governors to talk vaccine efforts with Biden

The Latest: Michigan poised to ease rules on in-office work

States push jobless from virus recession to return to work