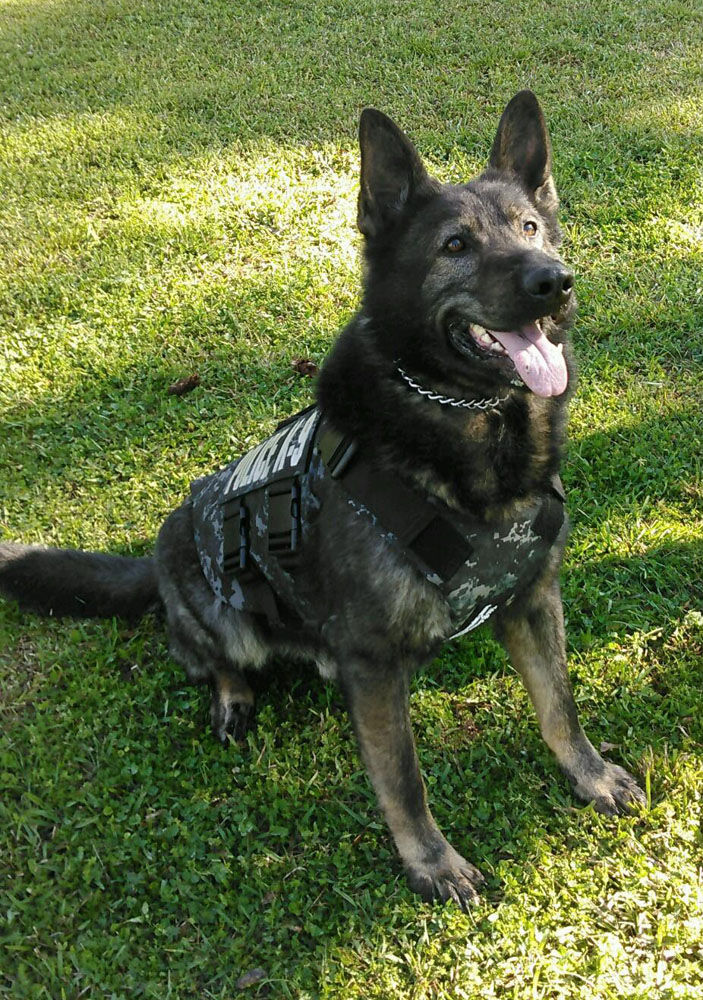 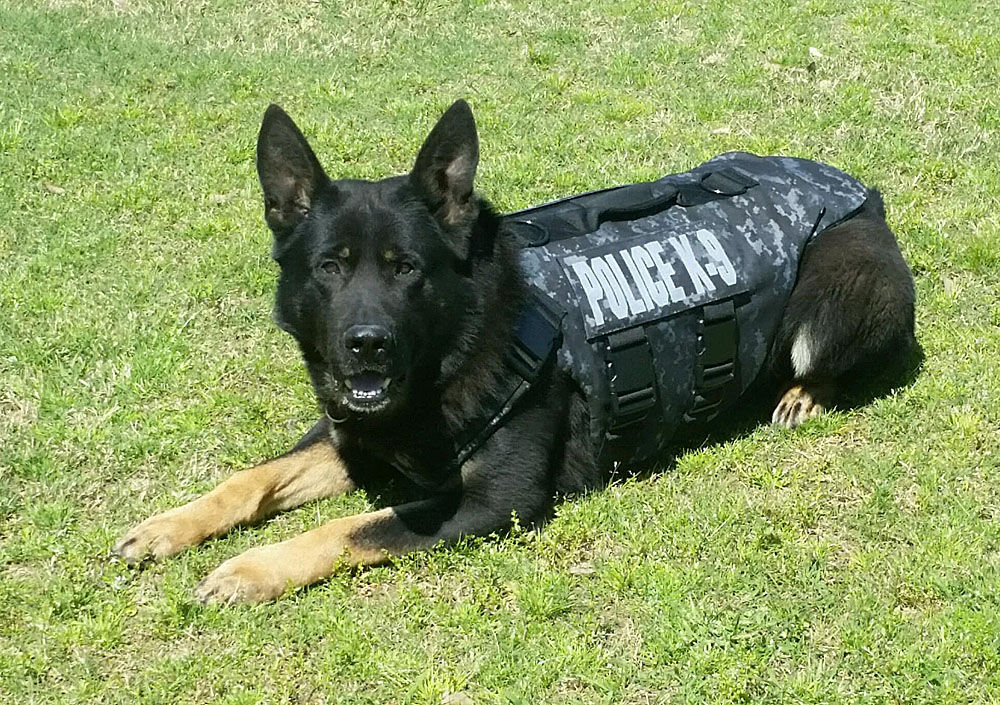 Thanks to a donation, Rome police officers now have a way to protect their best friends — police dogs Axle and Deisel.

The dogs were given body armor vests donated by the nonprofit Vested Interest in K9s Inc.

Deputy Chief Debbie Burnett said that before the vests were donated, Axle and Deisel would have to go into situations such as building searches and criminal apprehensions unprotected.

Axle and Deisel are full-service dogs which, Burnett said, means they can perform a range of tasks, from drug alerts to tracking, and even help with arrests.

“They are trained to help apprehend a person by biting and holding on to their arm,” said Bur­nett.

Penson said the dogs are still getting used to wearing the new vests.

“It was kind of funny when I first put the vest on Deisel. You could tell he was confused,” said Penson.

The vests are fitted tight so they won’t fall off, but this makes for some getting used to. Penson said when he threw Dei­sel’s toy out for him to retrieve the first time with the vest, the dog had some difficulty turning around to come back.

“He realized he couldn’t turn like he’s used to, so it took him a minute to figure out how to move in it,” said Penson.

However, Penson said the dogs aren’t the only ones who have trouble adjusting to body armor.

“I wobbled around pretty good the first time I put a vest on so I know how they feel. They’re pretty restrictive,” he said.

Penson and Stroup have formed tight bonds with their dogs. Deisel lives at Penson’s home and Axle lives with Stroup.

Sometimes, Penson said, he thinks Deisel may love policing more than he does.

“He knows the days we work and he wakes up and runs around the house. Then he’ll sit by the door and wait till I’m ready to go,” said Penson.

Chinese exports rise by 30.6 per cent in March

Geisinger partners with local chambers of commerce for Meals in Spring