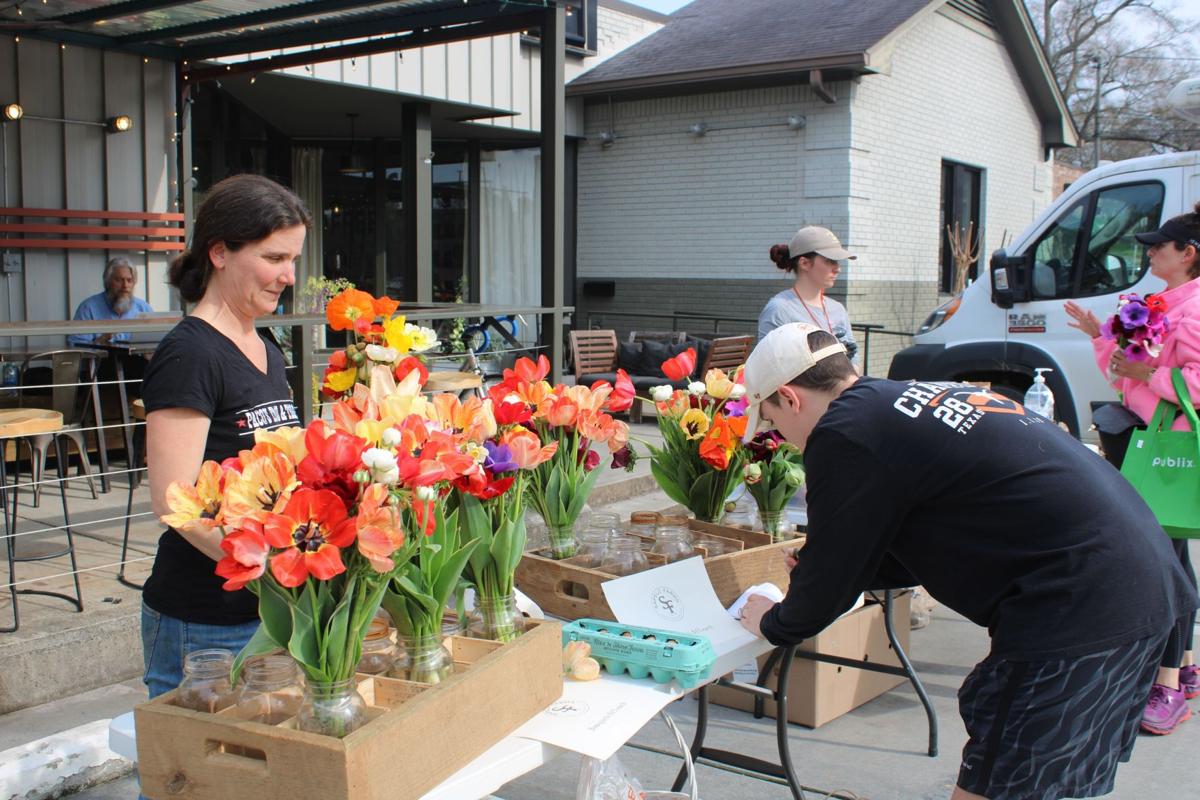 Flowers were a popular item at a recent pop-up farmers market in front of Swift & Finch Coffee. Elisabeth Lawson, founder of the between the Rivers Farmers Market, organized the pop-up sale. 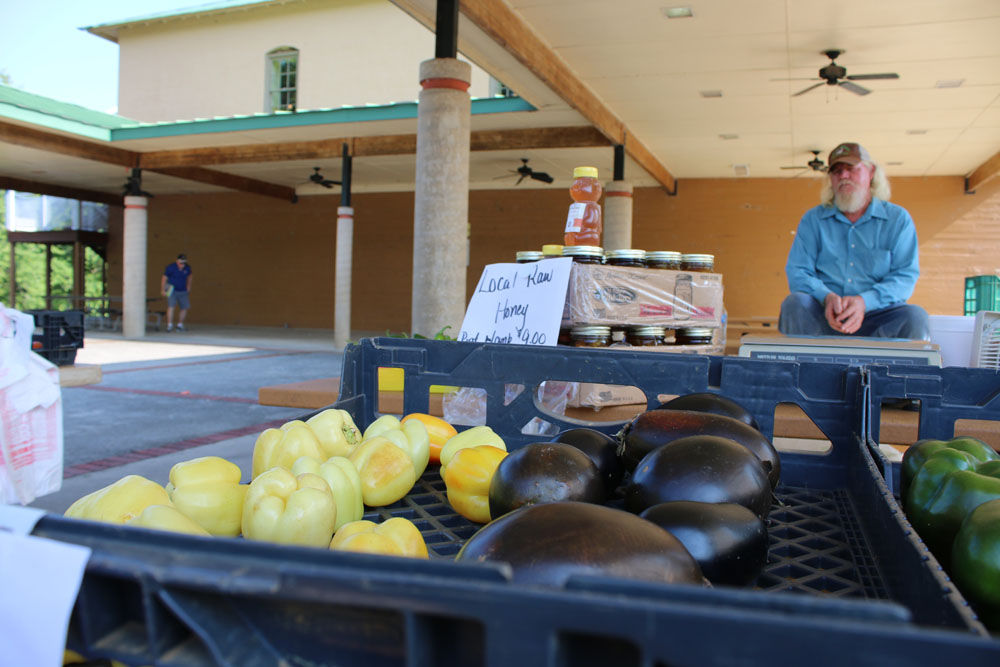 Wallace Cook sits in the shade with his produce at the Ridge Ferry Farmers Market a couple of years ago.

Flowers were a popular item at a recent pop-up farmers market in front of Swift & Finch Coffee. Elisabeth Lawson, founder of the between the Rivers Farmers Market, organized the pop-up sale.

Wallace Cook sits in the shade with his produce at the Ridge Ferry Farmers Market a couple of years ago.

Organizers of local farmers markets are plowing forward with plans for the popular fresh meat and veggie markets this spring and summer.

Mary Hardin Thornton, manager of special services for the Rome Floyd Parks and Recreation, said the Ridge Ferry Park market, open on Wednesdays and Saturdays, does not typically open until the first week of June. So far, she’s making plans as if that will be the case again this year.

Elisabeth Lawson, founder of the Between the Rivers Farmers Market that started a year ago, also said plans are still to open that market the first weekend in May, though it may look a little different than the set up at Bridgepoint Plaza a year ago.

Debbie Law at the Georgia’s Rome Office of Tourism said the market held on Friday morning at the tourism office caboose on Jackson Hill is also slated to continue beginning around the same time.

Thornton, who has just taken over supervision of the Ridge Ferry market said she is still putting together a database of farmers who have participated in the past and will be making contact with them soon.

“I’m looking at it as if it is something that is going to happen,” Thornton said, adding Ridge Ferry has been an ideal setting for the market, plenty of parking along with plenty of space between vendors if necessary. “I mean, farmers keep farming, right,” Thornton said.

Lawson said she would probably have to make quite a few changes to keep the Between the Rivers market line with government recommendations for essential needs only. “There would be no on site food eating and we’ll have to figure out which businesses qualify as essential grocery needs,” Lawson said

Lawson said a number of farmers she works with last year are interested in small pop-up markets such as the one that was held at Swift & Finch Coffee shop last week. “We’re kind of taking that week-by-week,” Lawson said. “We might shorten hours and try to make it more comfortable with the public and the farms. The goal is to keep getting food out to the community”

Law said the tourism market used to open in May but they backed it up to June because there just wasn’t a lot of produce available in May.

“We try to keep it all locally grown,” Law said.

Mitch Lawson of Rise ‘n Shine Farms said that until some of the spring and summer crops start to come in, most of his business has been with eggs and that Kroger and a number of smaller independent grocery stores across the region have really stepped up recently.

Rise ‘n Shine Farm has about 3,300 hens who lay about 1,500 dozen eggs per week and he’s moving them pretty right now.

“People have got to eat,” Lawson said. “I guess we’re one of those essential industries.

Wallace Cook, a Lyerly farmer has been a participant at the Ridge Ferry market from the very beginning. His daughter, Donna Hampton, said the whole family depends on sales from the markets in Rome, Trade Day on Tuesday in Summerville and a produce stand at their farm.

“At the farmers market you don’t see a lot of young people out. Last year we saw more young people come out than ever before but it’s mostly elderly people that come out there,” Hampton said. “This (COVID-19) does concern me, but people have to eat. I think I would rather go to a farmers market where its locally grown and not shipped in. At least I know what I’m getting.”

Cook brings all kinds of tomatoes to the market, cabbage, corn, beets, honey and more.

“Surely people are going to want fresh vegetables,” said Cathie Corbin, another Lyerly farmer who has been a regular at the Ridge Ferry market for years. We’re already scheduled to have our meats to be processed. In addition to veggies, Corbin, with the Berman Hill Farm, offers fresh beef and pork and have to schedule slaughter times at a U.S. Dept. of Agriculture approved facility. They also sell blueberries.

“This is something we enjoy doing and have made great friends over the years,” Corbin said. She sells on both Wednesdays and Saturdays and also has a booth at the Mentone market.

The Latest: US Tribes want flexibility on virus relief funds

Pistons' onetime home, the Palace of Auburn Hills, torn down