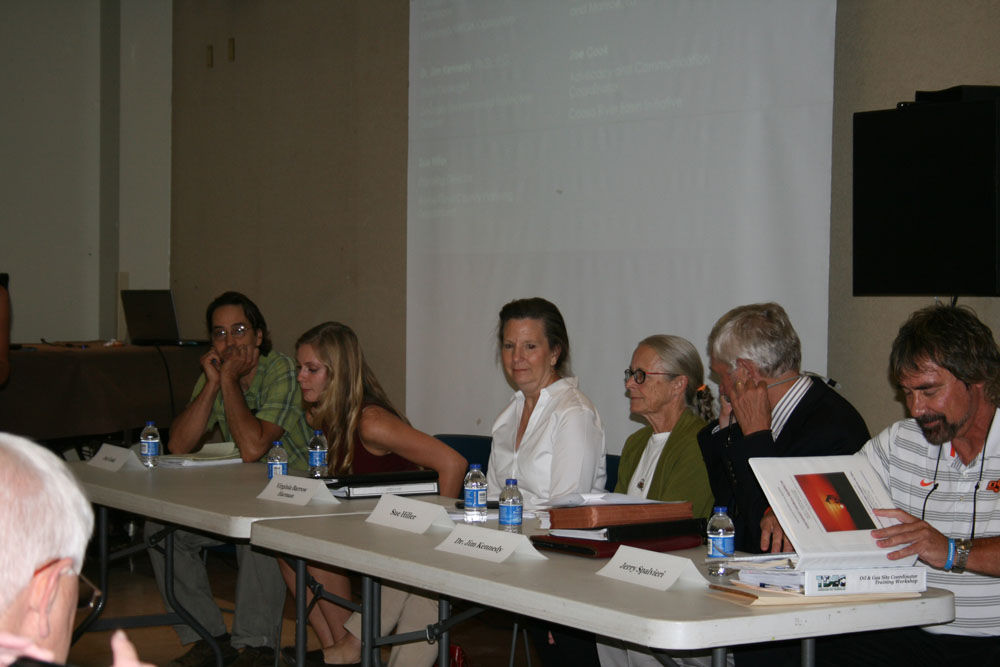 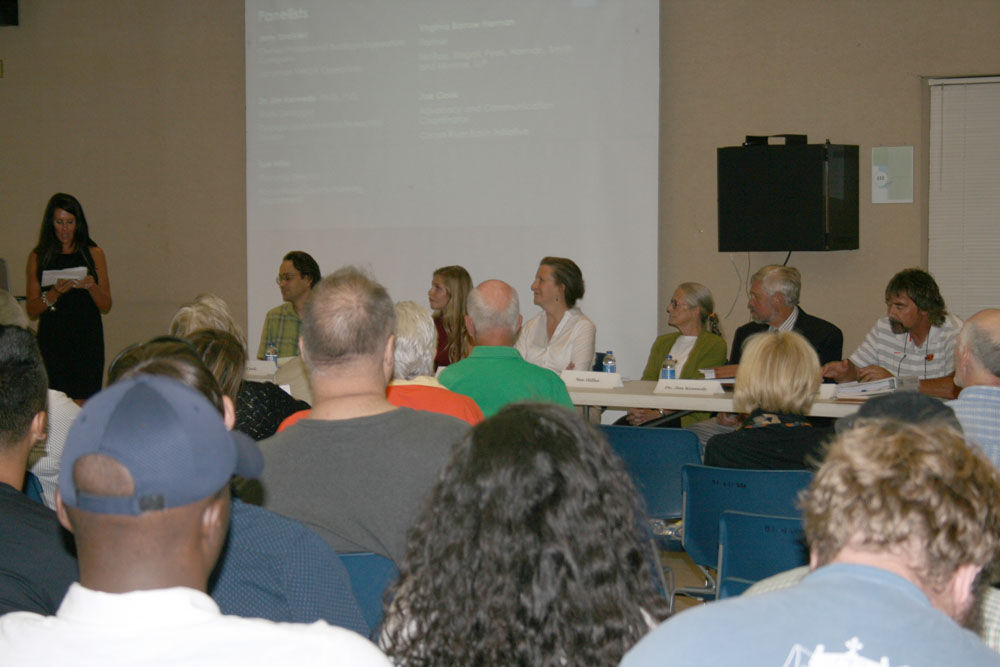 A natural gas exploration company has bought up “several thousand” leases in the Floyd County area, its owner said Wednesday, but any drilling would be done with air rather than hydraulic fracturing.

“I, too, am against fracking,” Jerry Spalvieri of Oklahoma-based Buckeye Exploration told a crowd of 75 to 80 people gathered at the Rome-Floyd County Library.

The remarks came during a community meeting on the implications of fracking in Northwest Georgia presented by Berry College Synovus Scholar Maddie Bess and her advisor, Associate Professor of Geology Tamie J. Jovanelly.

Bess said that there’s an estimated 625 trillion cubic feet of natural gas in the Conasauga Shale Play that runs from Northeast Alabama into Northwest Georgia. But fracking — injecting a combination of sand, water and chemicals to shatter the underground shale and free the gas for surface collection — is controversial.

As part of her project, she gathered a panel of experts to answer questions about the recent and growing interest in extracting the fuel.

Spalvieri explained the process as it pertains to the region, saying that the abundance of clay, which swells when wet, makes air a better and cheaper tool. He also said 84 percent of the gas can be extracted without the use of chemicals.

However, he agreed with the panelists and attendees who said, to varying degrees, Georgia’s 40-year-old regulations on drilling should be updated before the potential boom ramps up.

There is no public comment period and the activity could occur within 330 feet of a property line, he added.

Hiller noted that Floyd County’s zoning laws would require a public hearing and contain other protections. However Cook pointed out many counties have weaker codes, including nearby Chattooga County, which has none.

Harmon said there are a number of legal remedies if someone’s property is threatened with contamination but some of them are untested and most would require individual lawsuits.

It’s likely the Georgia General Assembly will take up the issue in 2017, although Kennedy said it may take until 2018 to draft the right protections.

Alabama and Tenn­essee could provide models, he added.

“Water is a big thing for us,” said Shoaf, whose city’s famous cave supplies water to customers in Georgia and Alabama.

Most speakers did not oppose drilling, but indicated they want protections in place.

Spalvieri said he would agree to a “no fracking” clause in a lease upon request. However there are many existing leases without the clause, and Harmon said a lot of Northwest Georgia landowners sold their mineral rights in the 1980s and can’t limit access to underground resources on their property.

The sale of natural gas leases also could be lucrative.

Spalvieri said the property owners typically are paid a royalty on the gas extracted, and workers brought in would add to the local economy.

Kennedy also said the type of rock in Northwest Georgia “has enough structure” so that gas extraction would not lead to sinkholes.

Arrest records from the May 12, 2021 edition of the Calhoun Times

Pet of the Week: Davey