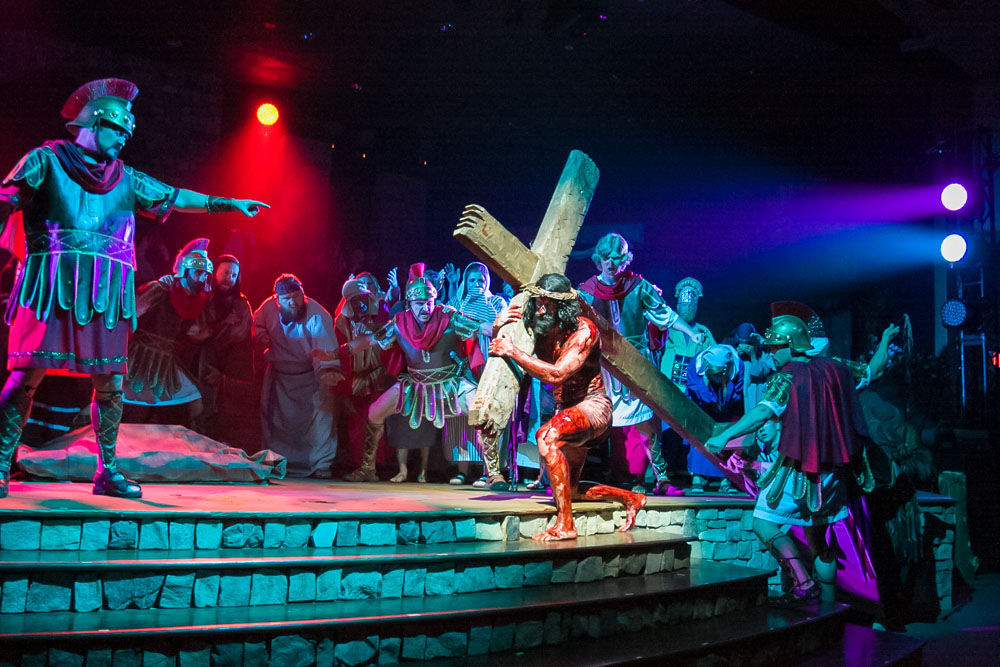 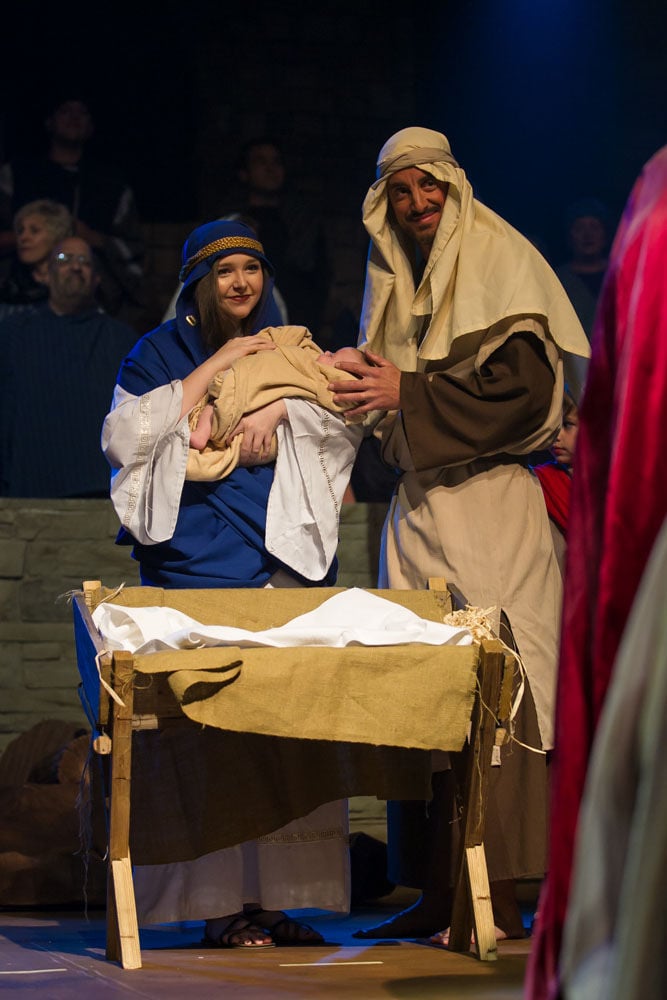 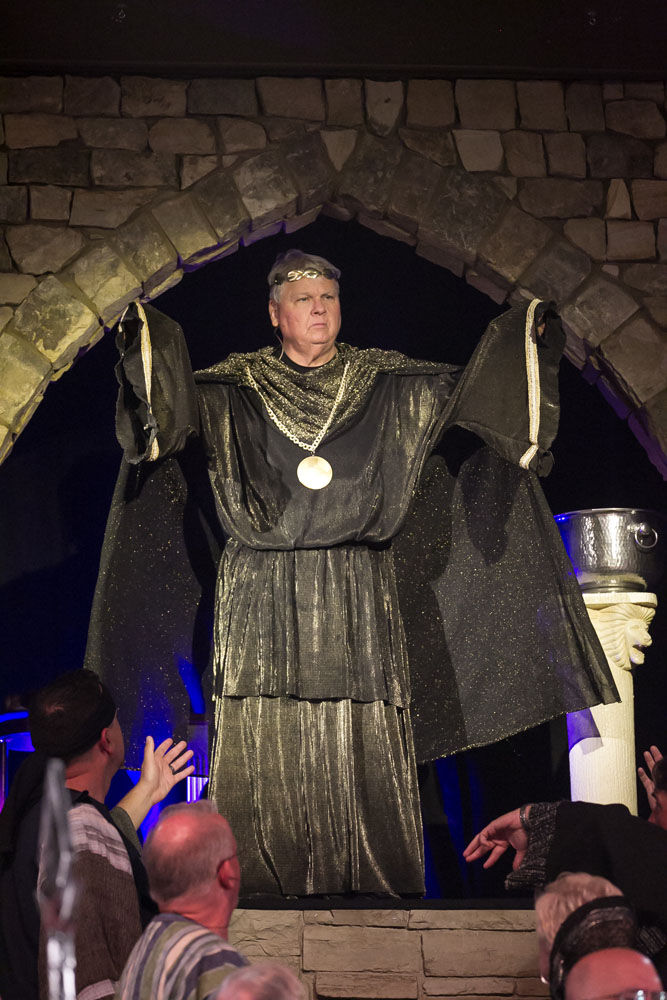 The line snaked around the parking lot but was moving fast at 6 p.m. Sunday, an hour before The Rome Passion Play was set to start at North Rome Church of God.

Amanda Dowdy, there with her two daughters and friend Jessica Davis, said they come every year — and usually to more than one showing.

“It’s mind-blowing,” Dowdy said. “It’s something everybody should see.”

The church at 1929 N. Broad St. has been offering its version of Jesus’ life each Easter season for at least 20 years.

Passion Play chairman Steve Nance said there are about 450 people in the cast, choir, orchestra and staff this year. Cynthia Nunn also brings in some donkeys, llamas, lambs, goats and chickens from Nunn Farms in Bartow County.

The free shows started Friday and are scheduled again at 7 p.m. Wednesday, Thursday and Friday.

The production also can be viewed live online at the church’s website, nrcog.org.

It’s an annual labor of love by church members, including musical director Tim Burton of Model High School, and friends of the church, such as the drama director, Cy Harris of Cleveland, Tennessee. Many of the major players started in lesser roles and return year after year.

Joey Powers, head coach of the Rome High School swim team, spent some time as “dead girl’s father” before taking on the role of Jesus six years ago. It’s a demanding part but he takes it in stride.

“Mental and physical preparation is the key,” he said. “And spending a lot of time in prayer.”

They start practicing in January in small groups, about two or three times a week, then conduct full rehearsals for about two weeks before the first performance.

Cynthia Nance, who plays Mary the mother of adult Jesus — there are two other Marys, for different stages in his life — said the end result is stunning, even for those accustomed to the tale.

“The fullness of God’s grace comes alive in these performances,” she said. “Looking up at Jesus during the crucifixion scene makes me more aware that the darkness can never overpower the light.”

Community Holy Week Ecumenical Services will be held at St. Mary’s Catholic Church, 911 N. Broad St., today through Wed­nesday at noon, followed by a light Lenten lunch in the parish hall on each day.

A free-will offering is requested for the lunch, with proceeds going to Restoration Rome.

The main presenters during the week will be:

Vaccine side effects rare, but one local woman says it happened to her

Column: Matt Nagy says ‘everything’s on the table’ as he searches to find what’s best for the Chicago Bears and their broken offense. Does it mean a new play caller?

Easton Road resident injured when tractor overturns on him

CSO: Teen driver leads police on high-speed chase on I-75, crashes into another car