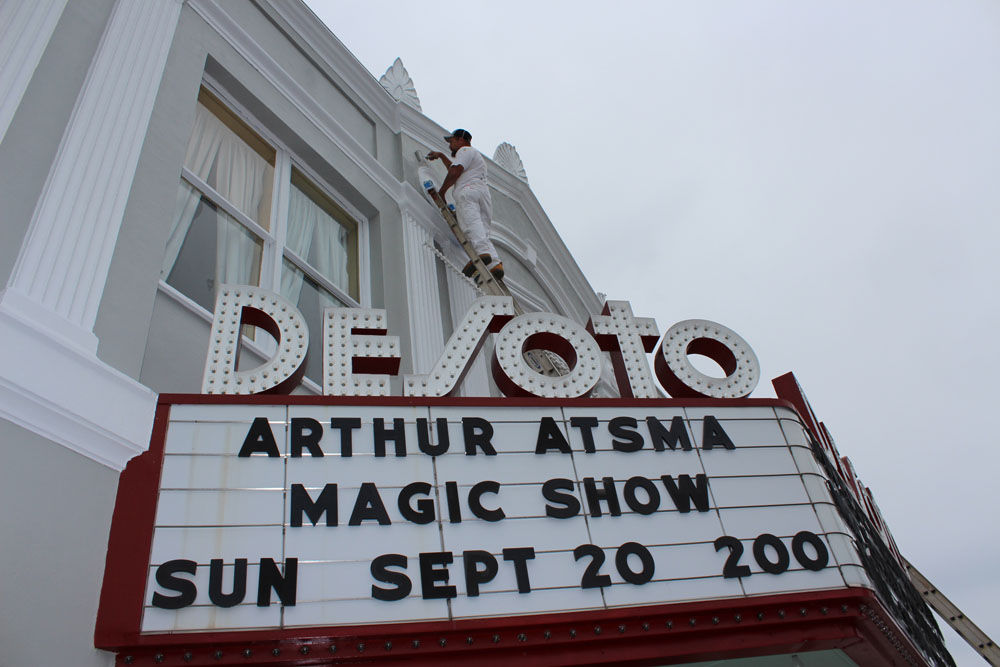 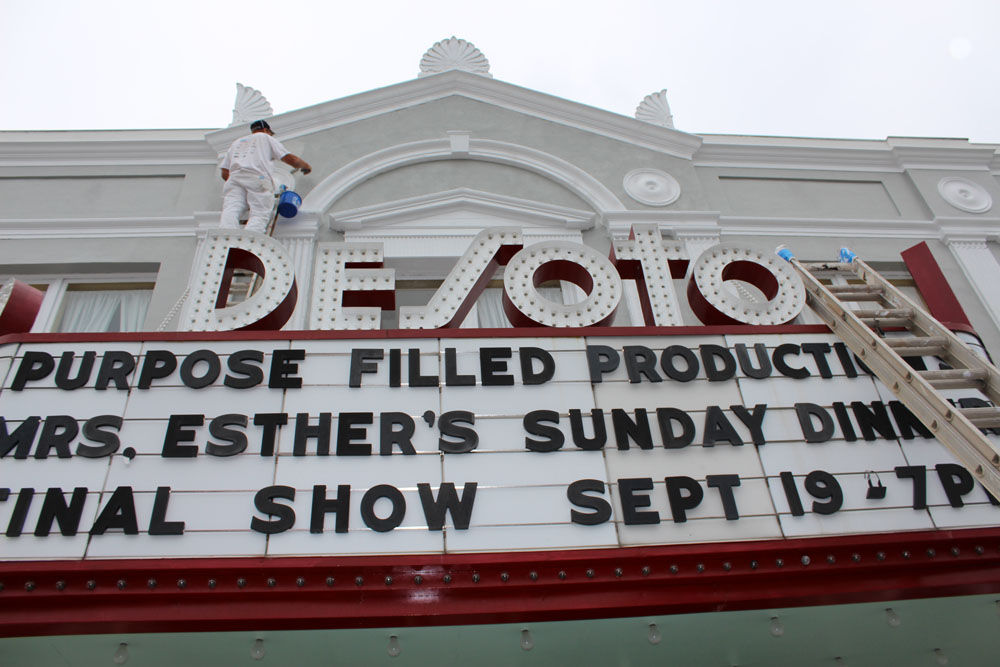 Charlie Fink works on the front of the DeSoto Theatre on Broad Street. (Kristina Wilder / RN-T.com) 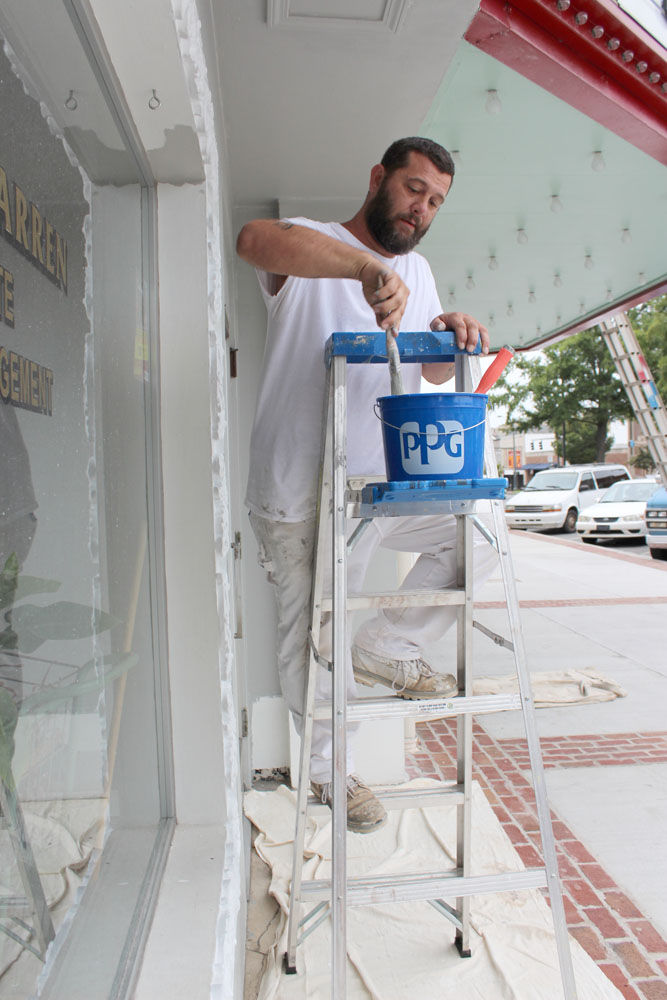 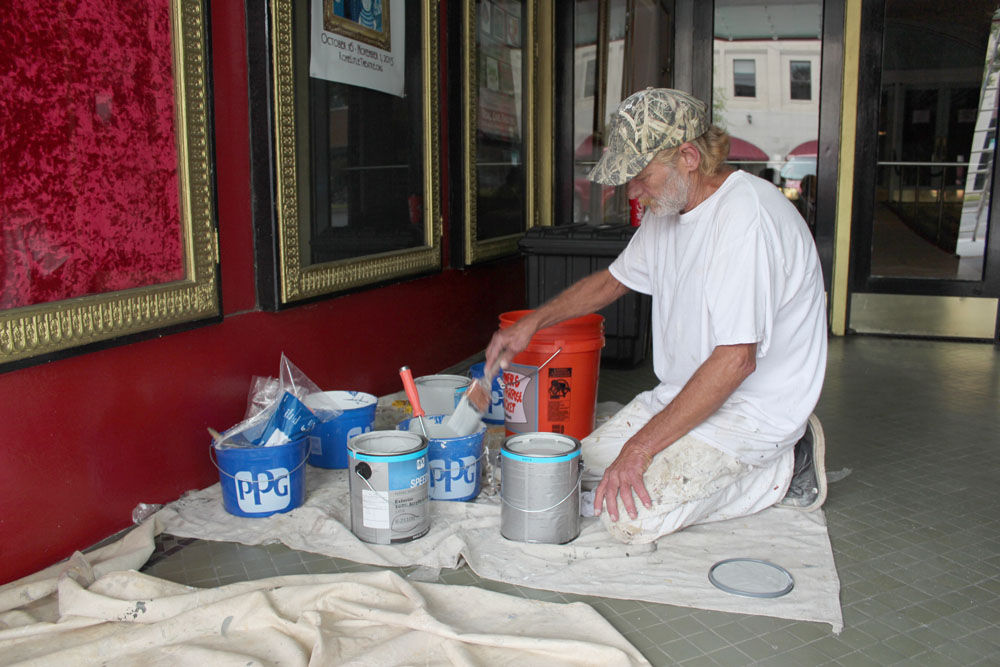 Charlie Fink works on the front of the DeSoto Theatre on Broad Street. (Kristina Wilder / RN-T.com)

“It was time to repaint,” said Chris Jackson, president of the foundation. “We repainted several years ago, using the original 1920s color scheme of shades of white, but we’ve had comments that this scheme didn’t show off the building’s architectural features.”

After more research, it was found that when the lighted marquee was added, the color of the theater was gray, which is the color it is now being painted by workers from C & L Enterprises.

“We want it to be historically accurate,” Jackson said. “We also want to show the beauty of the building. This scheme from a later time-frame works. I’m thrilled with the color.”

Jackson also added that the beautification project is not just on the outside of the theater.

“We’ve just renovated the backstage area as well,” he said. “There is a lot going on both inside and out to get it into shape.”

Jackson said an anonymous donor provided the funds for the project. They expect to have it completed by the end of the week.