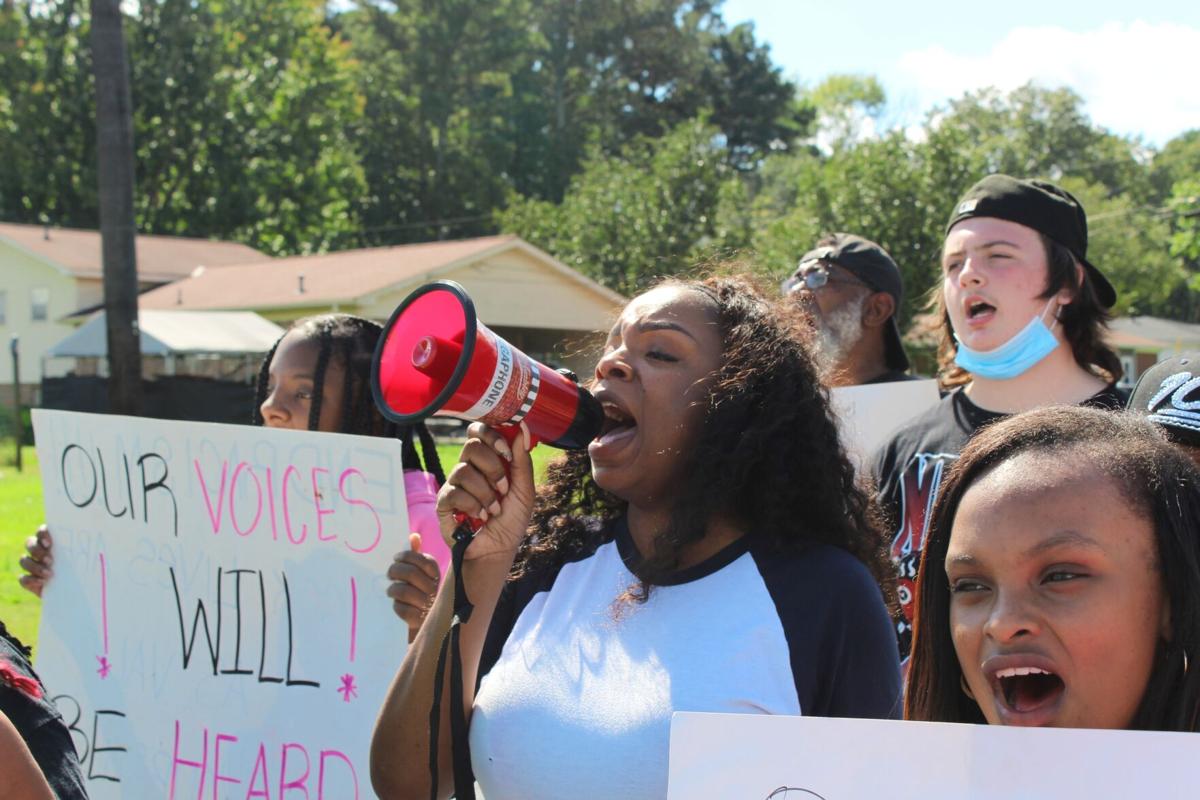 Lakeisha Morgan speaks into a megaphone as students and parents protest across the street from Coosa High School on Friday saying a series of incidents involving racial harassment have not been addressed by the school system. 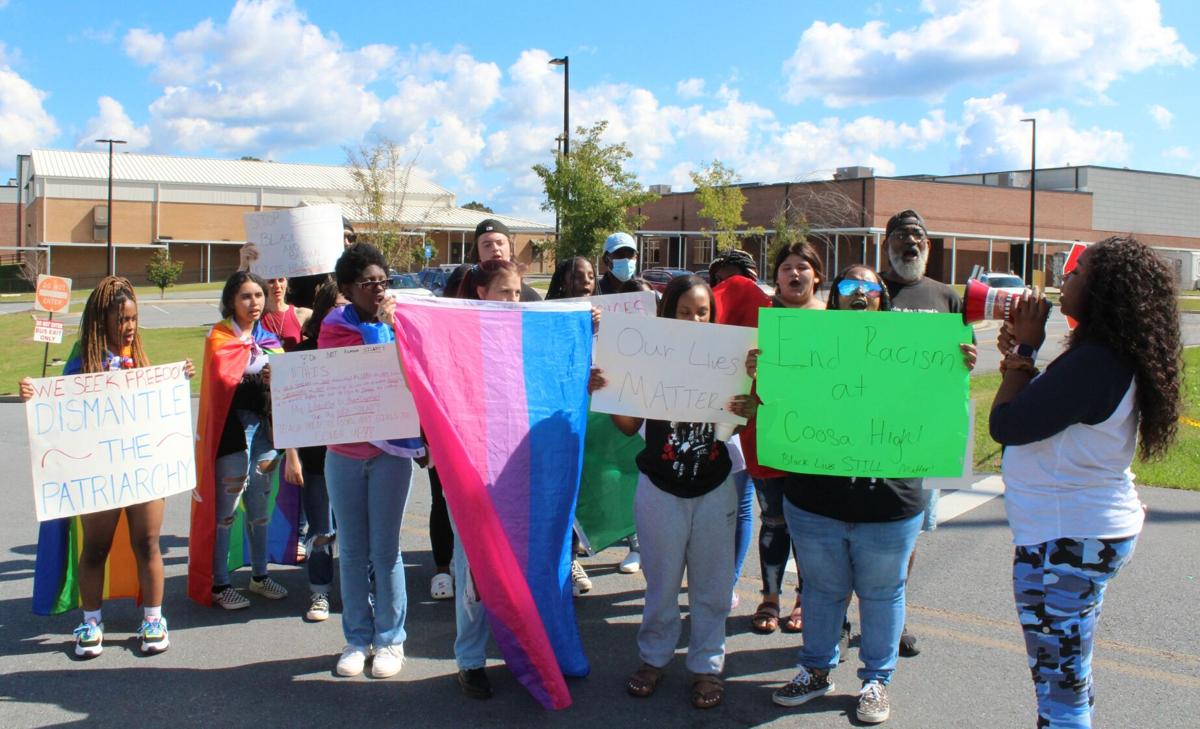 Students and parents protest across the street from Coosa High School on Friday saying a series of incidents involving racial harassment have not been addressed by the school system.

Lakeisha Morgan speaks into a megaphone as students and parents protest across the street from Coosa High School on Friday saying a series of incidents involving racial harassment have not been addressed by the school system.

Students and parents protest across the street from Coosa High School on Friday saying a series of incidents involving racial harassment have not been addressed by the school system.

“We want to hear the concerns of the parents,” Malone said. “We’ve received so many telephone calls we need to hear it from them. Then we’ll follow up on those complaints.”

Many of those complaints stem from incidents which took place last year, or earlier this school year.

One of the purposes of Saturday’s meeting, NAACP member Larry Morrow Sr. said, is to look at the issues in an organized fashion and decide how to move forward.

“It’s come time that something has got to be done,” Morrow said.

The group sent a letter on March 24 addressing some complaints by students and parents of the school to the Floyd County school system’s superintendent, Glenn White.

Charles Love, first vice president of the Rome Floyd County NAACP, said they were concerned about a culture at the school that allowed racially motivated incidents to occur. Love said he doesn’t feel the school system has addressed the issue. This week’s occurrence, he said, is a direct result of that inaction.

From the school system’s perspective the incidents, including one on Monday where students waved a Confederate flag outside the school, are isolated.

Action has been taken in that incident, White said, although he would not give any additional details.

Other videos and photos circulating on social media showing a teacher holding up a Trump flag in class and a student shouting racial epithets were dealt with as far back as last year, White said. He declined to comment further on either incident.

School officials earlier stated there had been plans for a protest on Friday after the Monday incident. White said no protests would be allowed on school grounds and a letter from CHS Principal Judson Cox stated that only business-essential visitors would be allowed on campus Friday. The letter also said any students involved with “racially motivated” social media posts will be dealt with in accordance with the Floyd County BOE policies.

Police police presence was requested at the school on Friday. While protesters gathered nearby, no incidents were reported on or off the school’s campus on Friday.

Jessica Murray, a parent of a child at the school, said racial tensions at Coosa High School have existed long before Monday’s incident.

“This has been a problem for years. Me and my kids have experienced a lot of racism, specifically at Coosa High School,” she said. “I have always followed the proper chain of command. I reached out to the assistant principal of the school, the principal and then I moved up to the board of education, student affairs and the superintendent.”

She said her daughter had been harassed about her hairstyle and race and Murray reported it, but the principal asked her if there was any proof of the harassment. Nothing was done, Murray said.

“My daughter also tried to wear a George Floyd and Black Lives Matter shirt,” Murray said. “The school called me saying it was causing a disruption at the school and that certain kids felt a certain way about it.”

Murray added that what happened on Monday was the final straw.

“This will be the second superintendent I’ve made these type of complaints to about racism at the school.” Murray said.

Lakeisha Morgan, another Coosa parent, said she wanted to clear up rumors concerning another videoed incident on Monday posted to social media where students and school resource officers appear to be arguing.

“They were not getting sent out of school,” Morgan said. “I want to make sure that’s clear. We were checking our kids out because we felt like our children were unsafe.”

The kids gathered across the street from the high school Friday afternoon, shouting several chants, including, “Fire Mr. Cox!”

“Our reason for being out here is because we want the policies, the principal and the superintendent to have the passion for our Black children,” Morgan said. “If it was me, I don’t care if a green child came to the school, I would protect that child.”

State workers, pensioners can expect bonuses in November. What to know and who is eligible

Wilmington's turbulent history led to this exhibition. Here's why it's back 50 years later

'Be faithful, be flexible': Hingham churches learn to embrace permanent changes to worship

Delaware witches have come out of the broom closet, casting spells and having fun