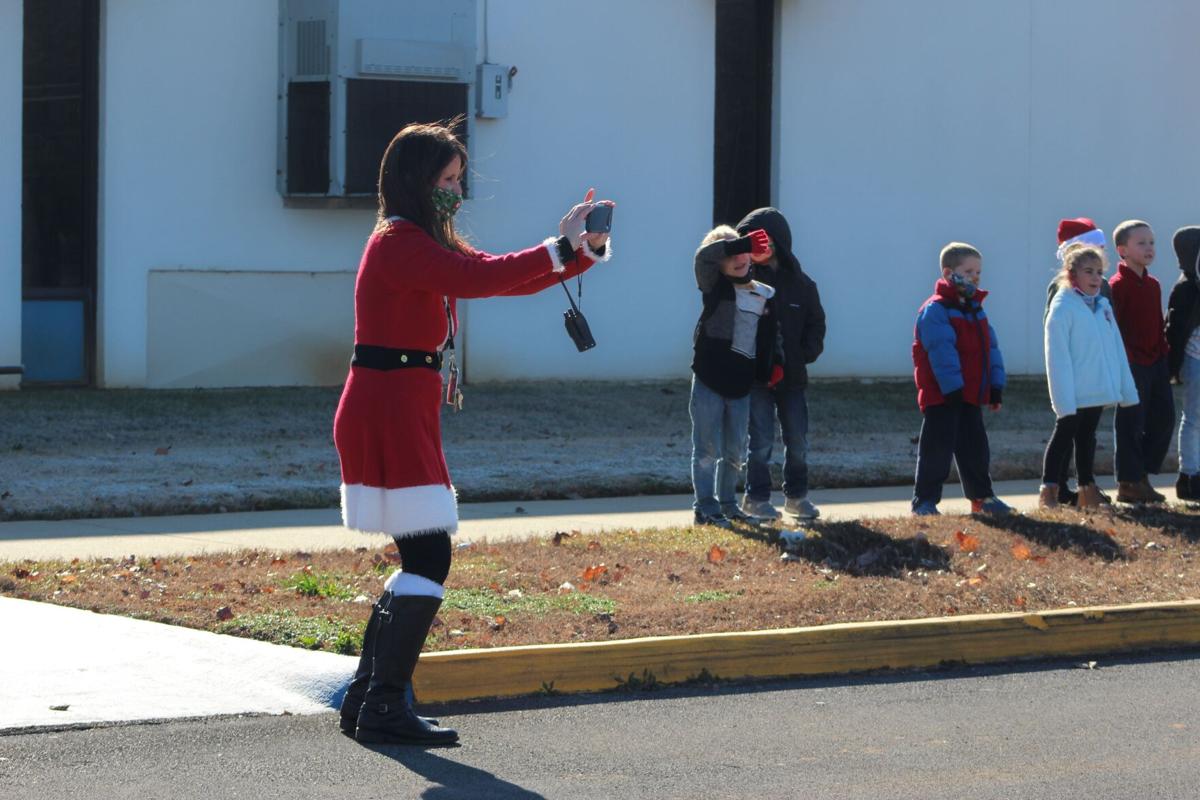 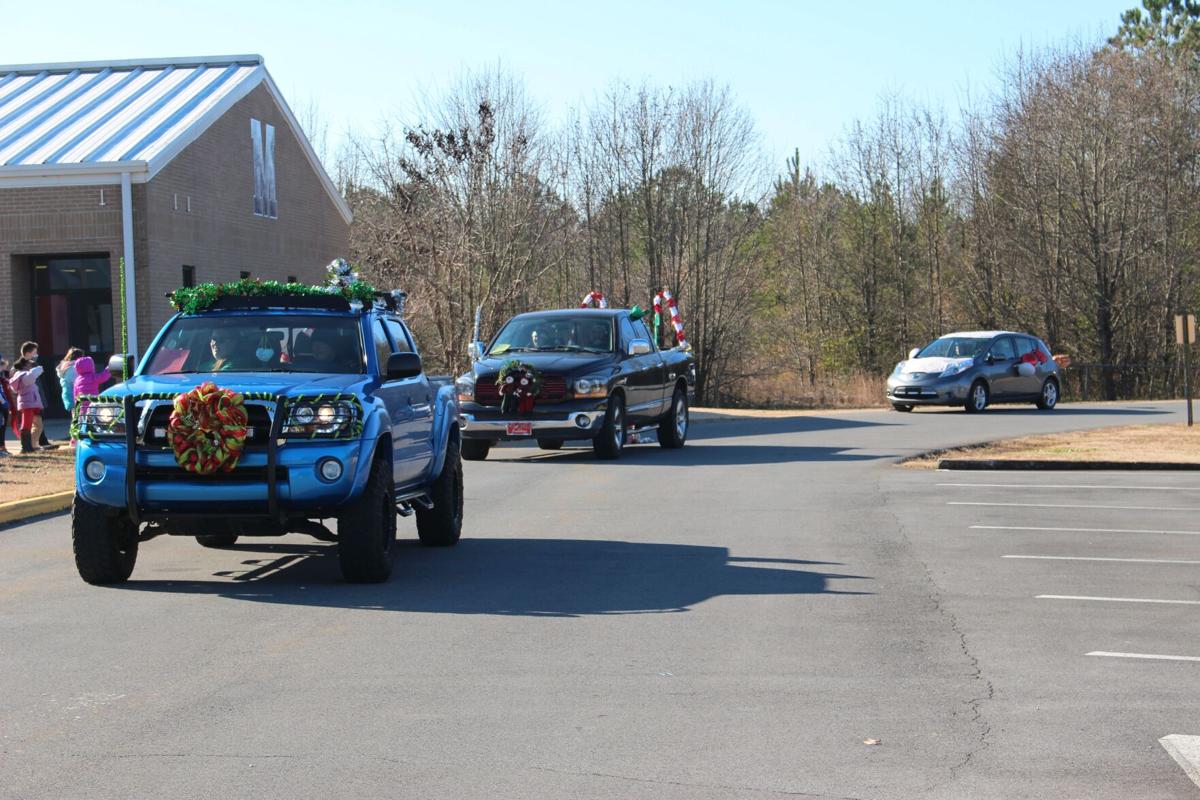 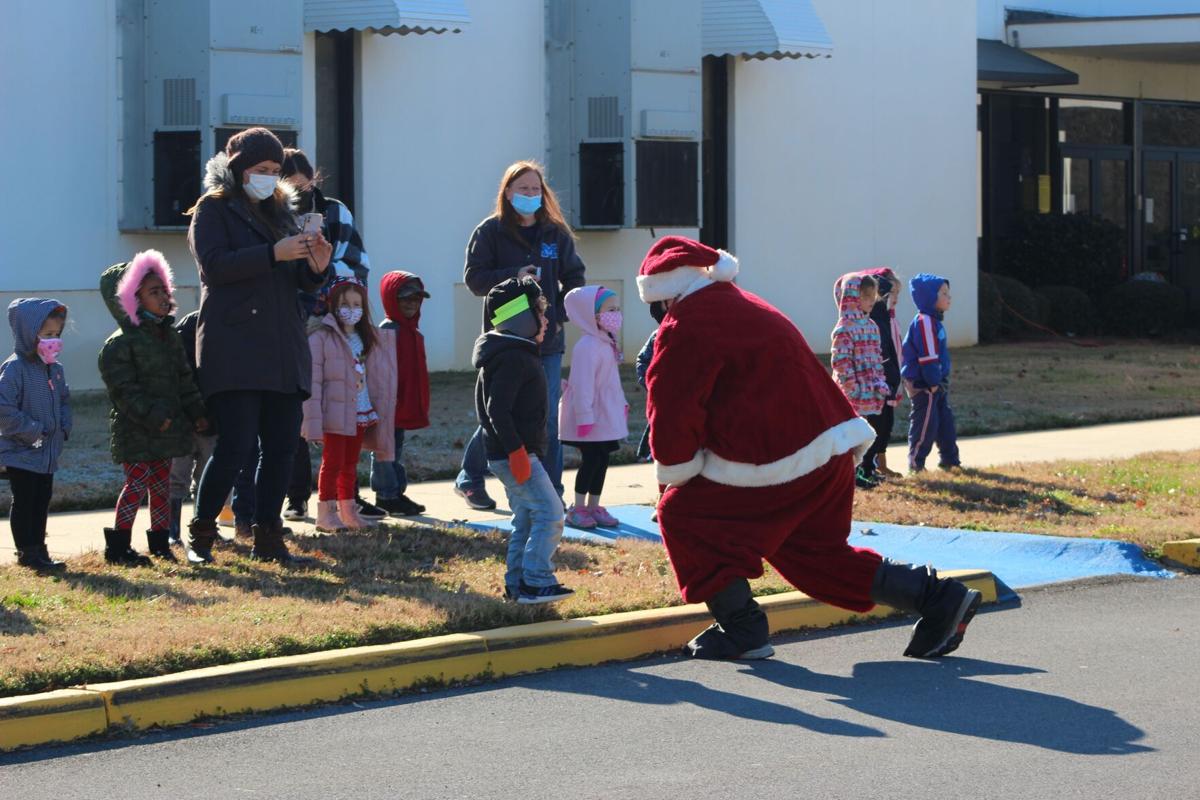 Santa Claus talks to one of the Model Elementary School students at the Christmas car parade Friday. 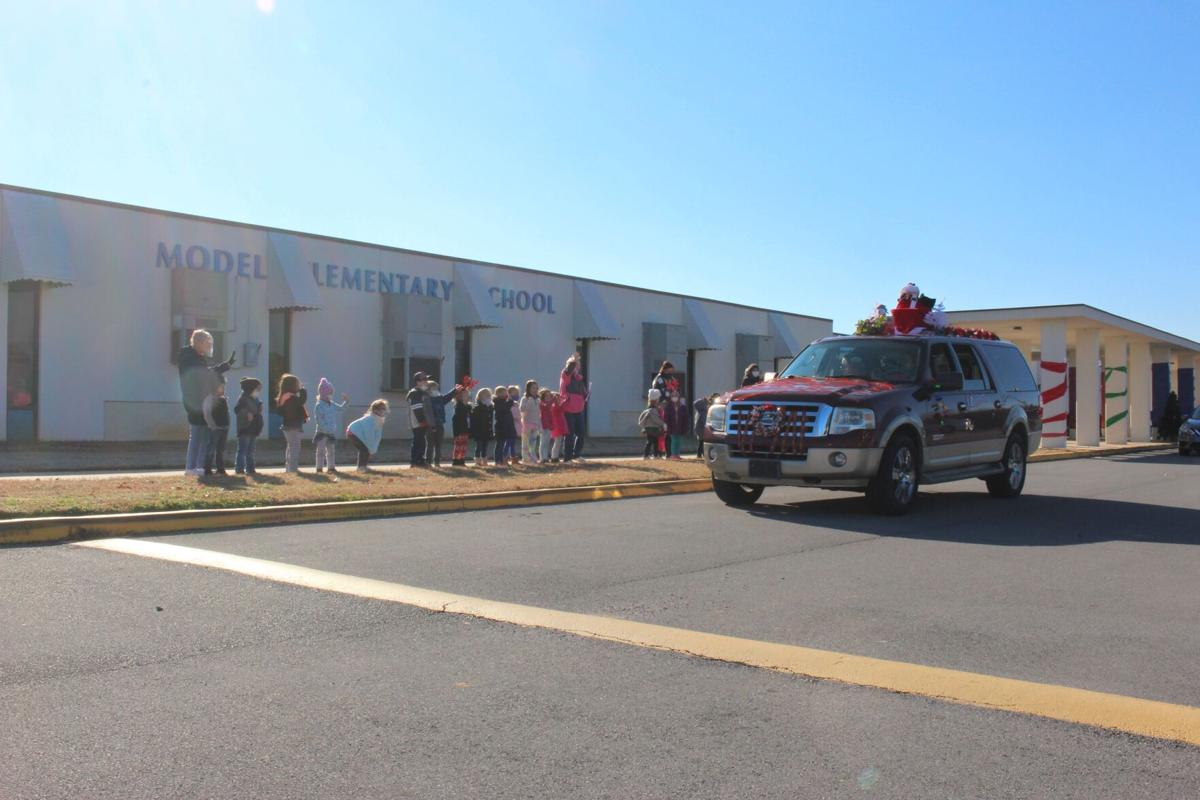 Model Elementary’s pre-k class wave at one of the cars in the Christmas drive-thru car parade. 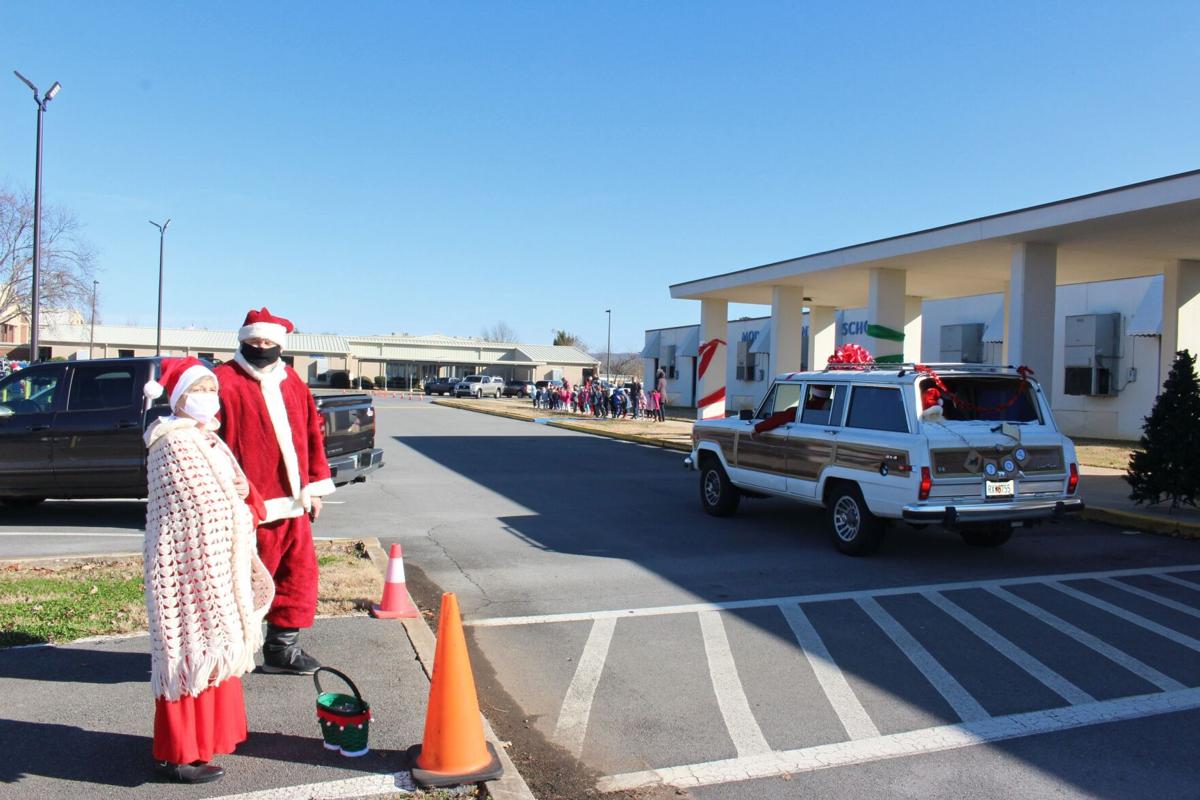 Santa Claus talks to one of the Model Elementary School students at the Christmas car parade Friday.

Model Elementary’s pre-k class wave at one of the cars in the Christmas drive-thru car parade.

If you heard Christmas music and kids excitedly yelling for Santa while driving down Calhoun Road Friday, it all came from Model Elementary School’s alternative Christmas celebration.

Principal Aimee Hays wanted to find a way for the kids to celebrate the holiday before they leave for break, while also involving the parents. Since they can’t have their usual Christmas parties, Hays decided they could do a Christmas car parade.

They did something similar for Veteran’s Day and it was a success, so the principal knew they would be able to do the same for Christmas.

She met with music teacher Daniel Fincher to set up some music and teach kids classic Christmas songs, such as “Jingle Bells,” “Rockin’ Around the Christmas Tree” and “Holly Jolly Christmas.”

As the kids watched the cars go through the line, they all sang along to the music Fincher had playing on the speakers.

All of the teachers encouraged their students to wear festive clothes for the parade as well, with some kids wearing reindeer antlers and Santa hats.

But the kids’ favorite part of the parade was Santa Claus himself, who was actually Assistant Principal Patrick Hopper. Luckily, the face mask helped cover up a lot of his face so the kids couldn’t recognize him.

When he made his first appearance, the students all screamed and cheered for Santa, some even jumping up and down. He had the kids yelling “Ho Ho Ho!” with him between cars coming through the line.

Hays praised the parents for coming up with creative car decorations and being able to adapt to the different circumstances.

“Usually, we have parents coming in and doing goodie bags and bringing food, but we haven’t had any parents come in to the building this year,” she said. “This has been a great way for parents to be involved and get creative.”

In the lowest moment of Trump's presidency, tens of millions stick by him

Wall Street's momentum swings back as stocks, yields tick up

AP-NORC poll: Virus, economy swamp other priorities for US

Panel: China, WHO should have acted quicker to stop pandemic

Thailand sold itself as a paradise COVID retreat. No one came

Have you seen this missing service dog?